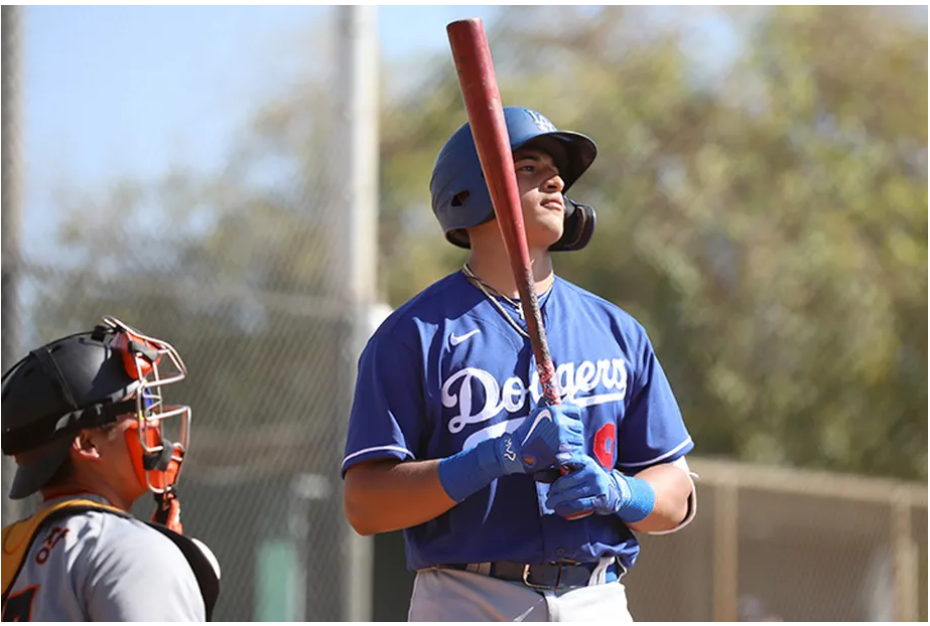 OKC Dodgers vs Albuquerque Isotopes (Colorado) – Postponed due to forecasted wet weather.  The two teams will play a DH on Thursday.

Tulsa Drillers vs Wichita Wind Surge (Minnesota) – Postponed due to wet fields.  The two teams will play a DH on Thursday.  They also have a DH on Saturday for the postponed game on Tuesday.

Five Loons pitchers combined to pitch a 1 hitter and allowed a sole unearned run.  As a group they issued 7 free passes, and one of those came around to score.

Unfortunately, Ryan Sublette’s walk turned into 2 stolen bases and a catcher throwing error on the steal of 3B that led to the only run of the game.

For three innings, 24-year-old RHP M. D. Johnson was perfect.  He continued to pitch 7.0 innings, surrendering two hits, one by Jonny DeLuca (4th) and Leonel Valera (5th).  Those were the only two baserunners Johnson allowed.

The only other baserunner was a BB by Ryan January who was erased on a DP.

Nick Nastrini.  The question I have, is at what point do the development team start to stretch out the starters.  Nastrini has five starts, and the pitch counts have been 38, 50, 52, 53, and 59.  Today was his longest outing of 3.0 innings.

Of course, if the intent is to make Nastrini a reliever, then the limited innings and pitch counts seem pertinent. 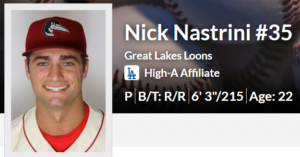 Maddux Bruns drew the start against a rehabbing Blake Snell.  This would not turn out to be good outing for Bruns.  In the first a double, 2 walks, and a sac fly put the Storm in front 1-0.  Down 2-1, the Storm jumped on Bruns with 2 singles and a walk to load the bases with nobody out.  Carlos De Los Santos relieved Bruns, but walked the first batter for a run.  After a line out DP, a wild pitch scores 2.  On the play De Los Santos pushed a Storm player and was ejected.  Robbie Peto entered to take over for De Los Santos and got the final out.

The Quakes would score two more to tie the score 4-4 after 3. Peto would pitch a scoreless 4th and 5th, but in the 6th, Peto allowed a double and a run scoring single to break the tie.

Martin Santana relieved Peto in the 6th, and issued a walk to Max Ferguson, and after two stolen bases, Lucas Dunn singled to score Ferguson.

With the Quakes getting of the floor and scoring 2 in the 9th to tie, Madison Jeffrey was summoned to keep the tie.

With the Quakes now up 9-6, Jeffrey came back out in the 10th. With the ghost runner on 2nd, Jeffrey got the first batter, but after a SB, Jeffrey walked Kervin Pichardo to bring the tying run to the plate.  Yamil Castillo followed Jeffrey to try and close it out. After a walk loaded the bases, a force out at second brought home a run.  With runners on 1st and 3rd, a stolen base put the tying runs in scoring position.  Castillo struck out Lucas Dunn to preserve the victory.

The Quakes scored 2 in the 2nd.  Damon Keith reached base on a fielding error, Luis Gonzalez doubled to put runners on 2nd and 3rd with one out.  After a second out, Austin Gauthier singled home two, and gave the Quakes a short lived lead.

In the 3rd, with 2 out, Jose Ramos walked, and Diego Cartaya crushed a two run HR (6) to tie the score.

The Quakes put 2 runners on base in the 6th, 7th, and 8th, but could not score.  In the 9th, Jose Ramos singled, Cartaya reached on an error, Damon Keith singled and Ramos scoring and Cartaya moved to 3rd.  With one out, Yeiner Fernandez hit a tying sac fly.  The Quakes left runners on 1st and 3rd in the 9th, the fourth consecutive inning that two runners were left on base.

Finally in the 10th, the Quakes were able to push across three runs.  With the ghost runner and two walks, the bases were loaded for Diego Cartaya.  Cartaya clubbed a two run ground rule double (his 3rd hit).  A passed ball would score a 3rd run.

With Jeffrey and Castillo shutting down the Storm in the bottom of the 10th, the Quakes beat the Storm 9-7.