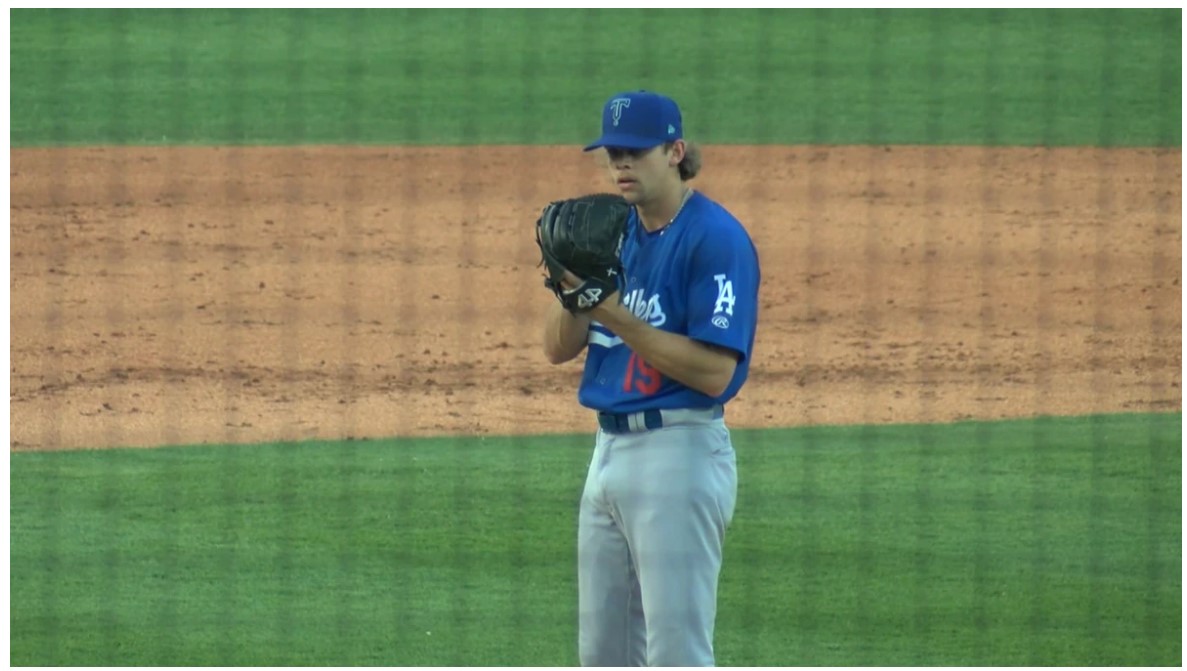 Sam Gaviglio started and pitched 5.0 scoreless innings.  With 5 hits and 4 walks he navigated through lots of traffic.  Dellin Betances walked two batters and 1 K, but Marshall Kasowski relieved him and gave up a 2 run double, both charged to Betances.  Justin Bruihl and Bobby Wahl, 1.0 scoreless inning each.

4 Loons pitchers combined for a 5 hit shutout, led by Gavin Stone.  Stone went the first 6 innings, but was uncharacteristically wild with 6 walks.  He still recorded 8 Ks.  His ERA is now at a miniscule 1.29.  Nick Robertson, Guillermo Zuniga, and Jordan Leasure each pitched a scoreless inning, with Leasure getting the save (2).

Gavin Stone might have been a little too pumped for his Arkansas homecoming – he was up 98 mph, but he issued a career high 6 BBs. The last time he even had 3 BBs was over a year ago (6/26/21). That said, he still navigated things effectively:

Jonny DeLuca got another hit, and is now 5-14 with the Drillers.

The first three pitchers for the Loons surrendered 10 runs on 11 hits and 5 walks.  Only Jacob Cantleberry had a productive outing, going 1.1 with no baserunners and 3 Ks.

Benony Robles and Martin Santana spotted the 66ers with 6 runs after 4.0 innings.  Luckily the Quakes offense had 5 runs of their own.  Jonathan Edwards, Kelvin Bautista, and Madison Jeffrey pitched a shutout the rest of the way.