Freddie and Julio Down In The Ball Yard 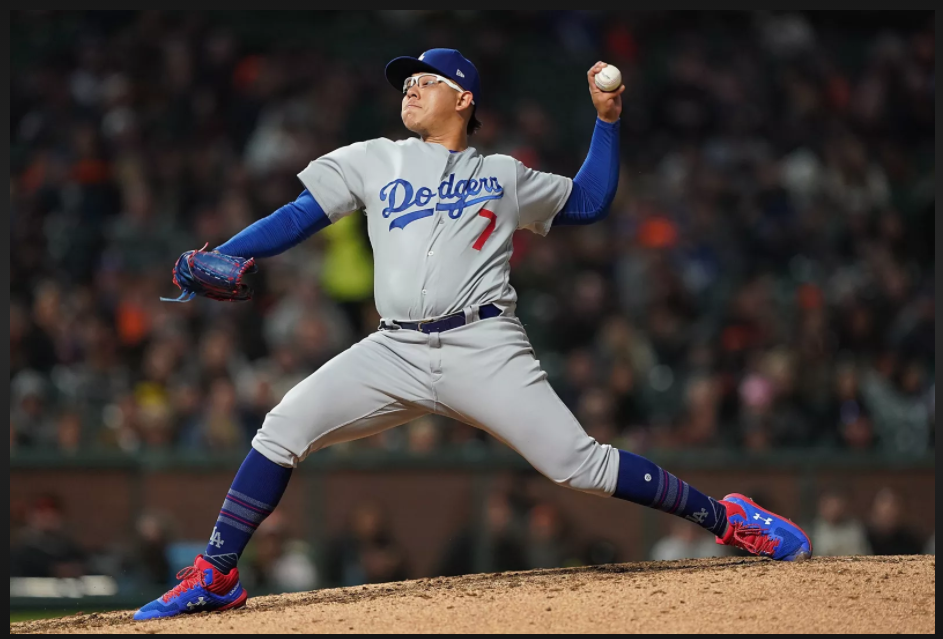 What a difference a week makes.  After dismantling the Dodger pitching, after being shut out twice by the Padres, the Phillies have cooled off considerably.  It doesn’t help when their 2-time MVP, Bryce Harper, is out of the lineup, but the Phillies are still loaded with thumpers.

Let’s first talk about Julio Urias.  This was a complete turnaround bounceback game for Urias.  He challenged hitters with the fastball that did not leak out over the plate and owned them with his change and curve.  His curve was especially effective as he threw it for strikes, both looking and swing & miss.  His fastball hit spots and when he needed a fastball up in the zone, the Phillies chased.  This was the 2021 version of Julio Urias.

All of SNLA video booth (game and post-game), Dave Roberts, and Julio himself, felt that the pitch sequencing was much better this game.  His curve did not end up in the middle of the plate (except a couple of times when Philly did not take advantage).  His fastball velo was still down, but his fastball command was outstanding.  Julio said after the game that he corrected a couple of mechanical issues.

He came out after 5 and 80 pitches (52 for strikes).  I am sure there are skeptics that thought he should have gone 6, knowing that there is a bullpen game on Saturday.  But it worked, and generally usually does.  I do not have the charts to say when Julio should be pulled, but the right button was pushed.  With the open date, the bullpen was able to come in and execute their best pitches

I do not think the Phillies want to see Yency Almonte any more.  He has pitched 4.1 quality scoreless innings against Philadelphia.  He gave up two singles, but did issue 3 walks in his May 15th outing.  He had 5 K’s in the 4.1 IP.

Alex Vesia also had a great bounceback game against Phillies.  He did give up a hard hit ball to Kyle Schwarber, but that is why they have defenses.  Mookie was positioned to handle the line drive into right.  Trea Turner also made a good play on J.T. Realmuto’s ground ball.  Almonte had 17 pitches and Vesia had 8, so both are available for Saturday.

Evan Phillips created some traffic in the 8th, but got out of it with a pair of Ks, and another nice play by Mookie.

Phil Bickford entered the 9th with a 4-0 lead and was robbed a couple of times by the umpiring crew.  At least 2 strikes that were not borderline were called balls. What is a pitcher supposed to do when the umpire behind the plate has a roving strike zone?  Also, J.T. Realmuto looked out at 2nd.  Lux hit his fingers before the palm of his hand got to the base.  I can understand why it was originally called safe, but the replay sure looked like the tag was made for the out.  Apparently, it was not clear enough in NY to overturn the call.

Craig Kimbrel relieved Bickford and after an excuse me swing base hit from Johan Camargo, he got Odúbel Herrera to K.

While this was Julio’s game from a pitching standpoint, the offense still needs to score runs, and that is where Freddie shined.  Freeman started the scoring in the 1st with a one out single.  After a pair of walks to load the bases, Freeman scored on a ground ball fielder’s choice.

Hanser Alberto got a one out single in the second.  He was forced out at 2nd on a ground ball hit by Gavin Lux.  Mookie followed with a double, putting runners on 2nd and 3rd with 2 outs, and Freddie coming to bat.  On a 2-2 pitch Freeman singled scoring both Lux and Betts making the score 3-0.

In the top of the 9th looking for an insurance run, Freeman led off with his third single of the game.  He proceeded to steal 2B, and when the throw went into CF, Freddie got up and continued to 3B.  Trea Turner hit a long fly to CF for the insurance run.

In addition to the single by Hanser Alberto, he made an outstanding play at 3B

This offense goes as does the first three in the order: Mookie, Freddie, and Trea.  When they are hitting and running, the offense purrs.

It looks like Julio’s next scheduled start will come next Wednesday afternoon against Washington.  Let’s hope that those mechanical adjustments will carry forward into his next game.

This was a different Los Angeles Dodgers team and a different Philadelphia Phillies team.  The Dodgers have now won 6 in a row, and will be starting Mitch White on Saturday and then following with a bullpen game.  White is scheduled for 3 innings/45 pitches.  I would guess that David Price will be in the mix, perhaps as a Mitch White piggyback.  I find myself hoping for a good Mitch White outing.  If he pitches well, that will go a long way in helping this team navigate this long drawn out stretch of games.