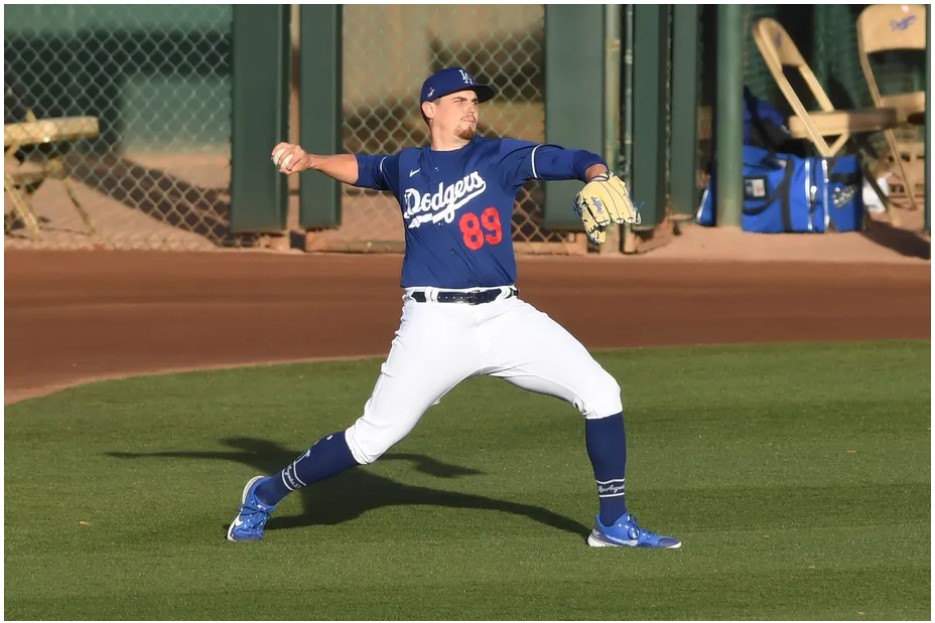 The Dodgers struck first in the 1st, but the Cowboys finished the game.

Andre Jackson continued to struggle.  Staked with a 2-0 lead, the first 4 batters for the Cowboys reached 1st safely with 2 walks and 2 singles.  The second single scored two runs.  A Jackson balk scored the 3rd against OKC in the 1st.

Jackson took control of the second and third inning. He allowed only one base runner (on a fielding error) and registered 4 Ks.

Caleb Ferguson entered the 4th.  He struck out the first two batters, but walked the 3rd batter, and he was relieved by Beau Burrows who got out of the 4th.  Burrows navigated the 5th and 6th innings without allowing a run, but immediately ran into trouble in the 7th.

A single, walk, and HBP loaded the bases.  After a strikeout, Burrows walked in a run.  With the bases remaining loaded, Justin Hagenman came into the squelch the inning.  After a pop out, he allowed a 2-run single.  He got through the 8th without any further damage.

With one out, Miguel Vargas and Jake Lamb walked.  After the 2nd out, Michael Busch reached 1st on a fielding error with Vargas scoring.  Eddy Alvarez singled home the second unearned run.

OKC only had 3 hits, singles by Eddy Alvarez and Ryan Noda, and a double by Michael Busch.

There was no player truly worthy of Player of the Game, but Michael Busch had the only XBH with his 2nd double in his 4th AAA game.

Things got off to a good start in Sugar Land, but the Dodgers were held scoreless after the first inning during a 6-2 loss Friday night.

This was a HUGE game for starting Pitcher Landon Knack (Pictured).  He completed 5.0 scoreless IP. He allowed 3 hits, but did not walk a batter while striking out 9.  Knack threw 71 pitches/53 strikes.

This was a five pitcher combined shutout in the Texas League, against a good offensive team.

In the 3rd, James Outman doubled and scored on a Ryan Ward single.  In the 5th, Jeren Kendall hit is first HR of 2022 for a 2-0 lead.  In the 6th, the Drillers got their third and final run with a Carson Taylor BB who scored on a Kody Hoese triple (2).

Landon Knack was a star tonight.

Kendall Williams was the Loons starting pitcher.  He got behind early when the 2nd hitter of the game, Brayan Buelvas hit a HR (4).

In the second inning, a leadoff single and a one out double gave the Lugnuts a 2-0 lead.

Kendall got through the 3rd and 4th without allowing any runs.  In the 5th, He loaded the bases with a single and 2 walks, and with 2 outs was lifted for Robbie Peto.

Peto would pitch 3 more scoreless innings allowing a single and issuing 2 BBs.  He allowed only one baserunner for any or the 3 innings.

Cole Duensing entered in the 9th to close out the game.  He did give up a single, but that was all.  The Lugnuts scored once in the first two innings, but nothing else for the rest of the game.

Down 2-0 in the 4th, Leonel Valera leadoff and was HBP.  Ryan January followed and slugged a 2-run game tying HR (3).  One out later Imanol Vargas broke the tie with his 2nd HR.

The Loons maintained the 3-2 lead into the 8th.  In the 8th, Ryan January doubled to open the 2nd inning.  He moved to 3rd on an Ismael Alcantara single.  A one out BB to Edwin Mateo loaded the bases. One out later, Eddys Leonard walked to force in a run.  Jorbit Vivas continuing to stay hot, hit a 2-run single to close out scoring.

It would not be a surprise for me to select Robbie Peto, but I am going with the 24-year-old catcher, Ryan January, who homered, doubled, scored 2 runs, and hit in a pair of ribbies. 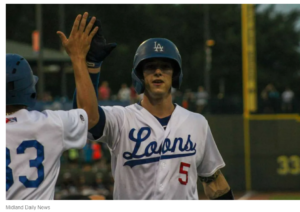 Ben Casparius started and completed 5.0 IP.  The Grizzlies scored the first run in the third with a pair of doubles off of Casparius.

Thanks to a strike three wild pitch, and a second wild pitch, the Grizzlies scored their second run on a ground out.

Ronan Kopp pitched 2 scoreless innings, and while striking out 6 batters in those 2 innings, he did walk 2 and allow a hit.

Down 1-0, Yeiner Fernandez walked and moved to 3rd on a Alex De Jesus doubled.  With one out, Gaige Howard singled in one run.  Yunior Garcia walked to load the bases.  Julio Carrion hit a sac fly for run number 2.  The third run of the inning was a result of a Luis Yanel Diaz single.

In the 5th, Alex De Jesus doubled and scored ahead of a Luis Rodriguez HR (3).

The Quakes scored 2 insurance runs in the 9th with doubles by Jake Vogel and Yeiner Fernandez, and a run scoring single by Alex De Jesus.

Alex De Jesus and Luis Rodriguez each had 3 hits.  De Jesus reached base a 4th time with a BB.

I can see merit in both Alex De Jesus and Luis Rodriguez being named, but with the HR and 2 RBIs, Rodriguez gets the nod.

Another oppo taco for Luis Rodriguez, this is his 3rd homer of the season, he's 2/3 so far tonight (singled as well) pic.twitter.com/w91l9D6prJ

If you’re first among 1742, no matter what the measuring stick is, you have a lot to be proud about. Mr. Kopp may soon be getting a Loons uni.

Last edited 6 months ago by Singing the Blue
0
Reply

Kopp reminds me of Marshall Kasowski in his A ball days. Just pure dominance with the Ks. Marshall was maybe not quite as wild. I agree, there is not much more for Kopp to learn in low A. Let him get challenged more in A+. He can work on command in Great Lakes as well as he can in Rancho.

Good ol’ Kasowski, “The Big K”, as I used to refer to him. I remember when we were following Kasowski and Zach Pop as up and coming relievers in the Dodger system, before Pop was sent to Baltimore in the Machado deal. I was convinced that one or both of those guys were going to have good MLB careers in the bullpen. So far, they have not proven me correct.

Marshall is now 27. Maybe he will get to LA, but the chances of him being a lock down closer like so many thought are not in the cards (IMHO). That is why I temper the expectations of those who excel in A Ball.

Zach Pop has made his MLB debut with Miami last year. He pitched in 50 games and 54.2 IP. 4.12 ERA. This year 1 game and 1.0 IP, 18.00 ERA. He is back in AAA and is pitching well. I was a fan of Zach Pop. I was never that enamored with Kasowski. He was primarily a one pitch pitcher (fastball with deceptive delivery). He has not pitched in a game at OKC that I have seen.

Casparius is interesting. He’s a bit old for his designation, no?

Dodgers prospect Luis Rodriguez worked out with Miguel Cabrera in the offseason, so here's a side by side. Their timing mechanisms/load differ a bit, and Rodriguez's back foot moves, but from stride to just prior to contact, they're pretty similar. pic.twitter.com/wQDeuM0UPp

Thank you for the comparison. If he can become half the hitter Miggy is he would be a multi-year All Star.