In Andrew Friedman I Trust 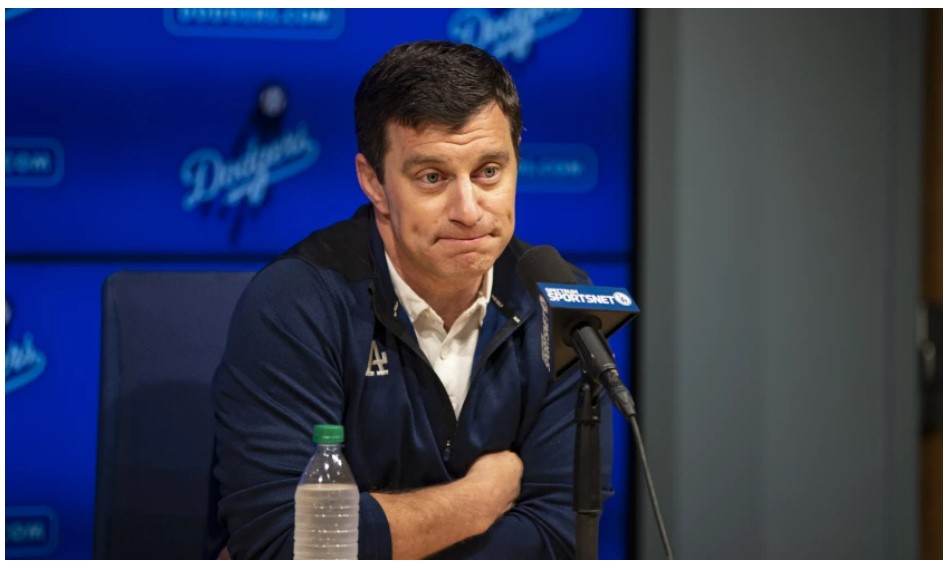 We are coming up to the Trade Deadline and the thoughts run the gamut of:

Of course there is a cost to all of this, and I for one trust AF to know which of LAD’s prospects can be leveraged, and which should be retained.  There is also the knowledge that certain MiLB players have minimal value to the receiving team.

And yet there are some deadline deals that the team dealing the prospects will trade several lottery picks.  Maybe one of those lottery picks will pan out.  The Dodgers actually have made that trade at least once, and maybe more than once.

Let’s review the prior year LAD deadline trades and let me know if you think the Dodgers made a mistake.

I am sure some will point to the Josh Fields and Yordan Alvarez trade and say that was a miss.  In hindsight, absolutely.  But nobody even knew who Alvarez was when the trade went down.  Contrary to the Josh Fields haters, Fields did not pitch poorly in his 3+ years for LAD:

His one bad mark was the number of HRs (16).  That was 1.2 per 9.0 IP.  I think the current team would take Josh’s numbers.  Evan Phillips, Yency Almonte, and Caleb Ferguson are the only relievers with better ERA.

There is not one of those trades that I find fault with.

Let’s look at another trade that AF engineered that involved a star for MiLB players.  Before 2020 season, trade with Boston Red Sox.

Dodgers get – Mookie Betts, David Price and $16MM per year for three years.

Does anyone want to consider this a mistake?

So while AF will tell everyone that the talent the Dodgers have traded is significant, only Yordan Alvarez has turned out to be an All Star.  Regardless as to what Stan Kasten may say, I will trust AF to determine which of the prospects will be traded if the return puts the Dodgers in a position to win it all in 2022.

I do not believe the Dodgers can win the WS with Craig Kimbrel as their closer. AF is going to need to address this.

Do we overwhelm the Pirates and go after Bednar?
Are we willing to pay Raisel Iglesias David Price money (16 mil/year) for three years?
Is Baltimore willing to give up a good young closer type without stripping our farm system of too many good prospects?

OK Jeff, Andrew is attending a destination wedding for the next few days and has given the reins to you. It’s your decision. Who do you get and what do you trade for him?

Ok, who had Castillo going to the Mariners?

Similar to the Alvarez/Fields trade was the Oneil Cruz/Tony Watson deal. We didn’t quite know what we had because Cruz was so young and Watson did a decent job for us while he was here. Cruz is likely to become an All Star at some point, but you can’t beat yourself up over those trades when the guy you get pretty much does what you got him for and with an always-stacked farm system, you’re going to lose some good/great players every so often.

When he first took over the team, I did not care for AF. I thought he got so many marginal players on the waiver wire. His first trade made no sense to me. But when he traded Kemp, I was irate, especially since he traded him in the division to the Padres. Over time what he was doing made sense and I could see that the guy knows what he is doing. For the most part, the trades he has made both at the deadline and back when you could get players up until the 31st of August, all were pretty good trades. Darvish was ok until the World Series. Machado was never close to what he was in Baltimore and totally flamed out in the Series. In 2019 only Kolarek made any kind of contribution. Both Gyorko and White were worthless. Reddick was a huge dud. Hill stuck around for a few years and was at least entertaining to watch. The only trade last year that made an impact at all was the trade with DC. They still have never seen Duffy on the field and McKinney is in the minors somewhere. With Castillo off of the board now, I doubt they target any other starter. Is Montas any better than any of the guys they have now? No. But, my personal opinion is with JT’s iffy back, they need a RH power bat. JD Martinez anyone? He won’t cost much and he has a lot of sock.

OMG! I remember that crazy and silly debate about the Kemp trade.

Kimbrel was good with the Blue Jays and bad with the White Sox last year. Maybe the Blue Jays would want him back. Dodgers offer Kimbrel plus a few million dollars and another player and get back someone whose ability is based on the $$ and other player going to the Jays.

That’s been my position with Kimbrel most of the year.

I’d rather watch Joc make outs than watch Max make outs. However, the Dodgers would be better giving Drury Max’s at-bats. Dodgers tend to struggle against lefties and having Trace and Drury in the lineup instead of Cody and Max against lefties would seem to be a good idea. I’m glad Friedman reads here so he can benefit from my musings.

Make Ferguson the closer but let May or Miller or Pepiot finish games where they come into the 7th inning.

Twitter says we’re getting Chris Martin from the Cubs. How that improves our bullpen is beyond me, but maybe Jeff can enlighten me.

No word on who is going back the other way.

Dodgers will Heaney him. Change grips and arm slot. Put him on IL then bring him up later in the season.

Okay pitching gurus, do your magic with Chris Martin. Somebody must have seen something.

The Cubs are getting McKinstry.
Good for him. At least he’ll play there.

Seriously, that is the best that McKinstry can bring back? He couldn’t gring back David Robertson? With Ian Happ on his way out, you are right, McKinstry will get to play.

I was okay on the other trades…even the Tyler White’s and Jedd Gyorko’s. They did not cost anything. Zach McKinstry is different. He may not be a regular, but he is better than a single inning middle reliever who gets hit.

He was obviously obtained because he does not walk anyone. Of course when he gets hit (which is often), he gives up a lot of barrels and a lot of hard hit balls.

Here is what MLBTradeRumors state:

Martin, 36, is playing the season on a one-year, $2.5MM contract. He’s logged 31 1/3 innings of 4.31 ERA ball this season, although fielding-independent metrics are far more bullish (3.02 FIP, 2.09 SIERA). Martin has been uncharacteristically homer-prone this year but has maintained his elite command of the strike zone. He’s punched out 30.1% of his opponents thus far and walked just four of the 133 batters he’s faced (3.1%). One of those free passes was of the intentional variety, it should be noted, and Martin has also yet to hit a batter this season.

They sure pretty it all up, don’t they?

“Martin has yet to hit a batter”. Like that’s been the problem with the bullpen?

I thought that comment was funny/weird. Here are the current relievers’ HBP #s.

Possible explanations for the trade:
1) Just wanted to do Zmac a favor
2) Guys with two first names are given an extra 0.5 WAR by Fangraphs.
3) Now AF can hold a press conference on Aug 3rd and say “what do you mean I didn’t add anyone at the deadline?”
4) We are now short one extra lefty hitting outfielder so this makes it easier to justify trading our 12 best prospects for Soto.

Dodgers are calling up James Outman to take McKinstry’s spot on the roster. Makes sense. They do not want Vargas or Busch to sit. Outman is going to be a 4th/5th OF.

McKinstry has had 7 PA since he was activated from the IL on July 6. Not much activity there. Hopefully Outman will get more of an opportunity.

Or he may go right back to OKC when CT3 is activated shortly.
Since they need to carry 13 position players, who are the other possibilities?
DFA Lamb? Unlikely.
DFA Trayce? Definitely not.
Trade Belli? Maybe 1% chance
Max to IL? This is the correct answer but apparently not one that the front office is OK with.

One more. Showcasing Outman. Let’s see if he plays or sits.

That does make him ML ready, right????

No, but it would give an interested team a peek at him against ML pitching.

I agree and fully expect Outman to be optioned once CT3 is activated. But they had to add someone, and I guess the choice came down to Outman or Amaya. They need Amaya to play more SS than sit. Neither Vargas or Busch are on the 40 man (but that can be remedied).

David Peralta will not be hurting the Dodgers anymore this year. He got traded to Tampa Bay for 19 year old non top 30 prospect catcher Christian Cerda. Cerda will be going from the Florida Complex League to the Arizona Complex League. Peralta is going from a bottom feeding team to a playoff contender. Good get for the Rays at very minimal cost.

As the great Sam Miller once wrote:

James Outman is due to make his MLB debut on Sunday in RF, with Mookie moving to 2B.

Recent callup James Outman will make his first start for the #Dodgers on Sunday. https://t.co/vud0JnAsTq

James is a defensive minded athletic OF. See below:

Wanna peak at what is headed the Dodger's way with James Outman? Here is a 1:00 highlight clip of all of the best Defensive plays from Outman from the last year. #dodgers pic.twitter.com/mSGAgG6c5d

Outman. May run into one in the few at bats he gets.

Still waiting for something significant.

Cody might be a little concerned. Trace/ James platoon in Cf would match Cody’s defence.

I just hope Outman can barrel a few.