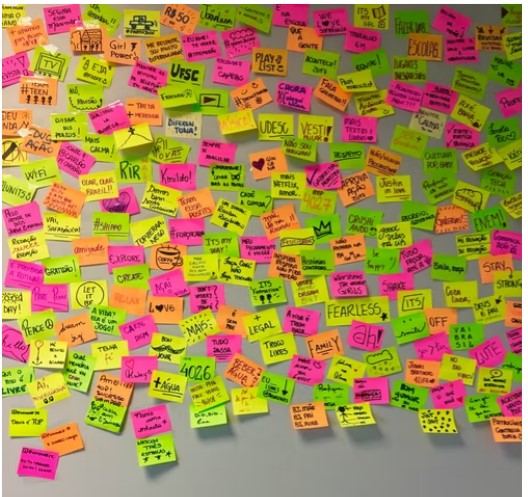 The Clayton Kershaw 10 pitch AB to Charlie Blackmon led to an infield hit (56.5 MPH) against the shift.  A second infield hit (32.7 MPH) by Brendan Rogers put runners on 1st and 2nd, but with 2 out.  Get José Iglesias, and head back to the dugout.  Iglesias hits the hardest ball up to that point (91.0 MPH) directly to Max Muncy who booted it for an error.  Randal Grichuk hit a hard single to RF that scored Brendan Rodgers, but Grichuk was thrown out by another Mookie Betts assist, his 7th.  It started like it had all of the makings of another game from Hell for the left.

Kershaw got through 5 innings. 2 runs, both unearned.  Very few pitchers lose it as quick as Kershaw, and in the 6th, four straight hard hit balls.  A triple by Grichuk scores 2, and on the next pitch, Elias Díaz singled home Grichuk.  4 hard hits on 7 pitches.  Actually the out was hit 92.4 MPH.  Kershaw is removed for Caleb Ferguson who induces a 6-4-3 DP.

That is back to back rough outings from Kershaw after his gem against LAA. And with back to back poor outings from Tony Gonsolin, is there reason for concern?  Gonsolin has a chance to get back on track on Sunday.  I think it is more the Coors effect for Kershaw.  He never pitches well in that park.  So I am going to go with that.

What Are The Rockies Doing?

Could the Rockies have helped their fledgling farm system by trading Bard?  How about C.J. Cron or Jose Iglesias or Randall Grichuk?  Maybe they could put those players on the market and to get a top pitching prospect in return.

The Rockies gave Nolan Arenado away and paid St. Louis to boot.  They did not trade Jon Gray or Trevor Story when they could have last year.  Instead they parlayed those two FA into 2 OF draft picks.  #31 Sterlin Thompson (Florida) and #38 Jordan Beck (Tennessee).  Both 21.  They did draft a pitcher in the first round (#10).  Six more from Round 2 – round 10.  They drafted 16 pitchers overall.

Chad Kuhl is their best starting pitcher and he is a FA.  They did extend Antonio Senzatela and Kyle Freeland.  I am not sure I understand what the Rockies management is doing, but they are not my favorite team, so I really hope they continue to flounder.

I am glad for Zach McKinstry.  Right now that is my favorite part of this trade.  Outside of 2020, Chris Martin has not been a very good pitcher.  But I am keeping an open mind after reading an excellent article from Jim Bowden on what the trade deadline is like for GMs.  He wrote the following:

“When I was with the Reds in 1997, we made sure right-handed minor-league reliever Danny Graves was included in the John Smiley trade with Cleveland based on the recommendation of one of our top evaluators, Jack McKeon. A lot of the scouting reports on Graves weren’t glowing, and mentioned an average fastball with sink. However, McKeon loved his competitiveness, intangibles and that he wasn’t afraid to pitch inside and go right at hitters. Graves ended up with 182 career saves and made two All-Star teams. He had a 5.54 ERA and below-average scouting grades when we traded for him. Great scouting by McKeon made that trade for the Reds.”

Jack McKeon saw something in Danny Graves and convinced management to take the chance.  He obviously had enough pull to get Graves included.

I remember when Martin was traded to Atlanta from Texas in 2019, the Dodgers were very much interested at that time.  They were also rumored to be extremely interested when he was a FA after the 2019 season.  So maybe somebody in the organization has convinced management to take a chance.

Bowden went on to write:

“The research, development, science and technology department uses science and new technologies to further improve the evaluation processes and gain a competitive edge. For example, R&D groups, working in concert with the analytics department, have recently helped teams change pitchers’ repertoires and pitch usages, leading to improved performance and increasing the pitchers’ value. When an organization considers trading for a pitcher, R&D might recommend the acquisition and propose something like this: If we increase his breaking ball usage by 20 percent and correspondingly decrease his fastball usage, his ERA could be lowered from 3.92 to 2.87. Or if the pitcher can change his hip turn or lengthen his front leg plant, we can add 3 to 4 mph to his fastball. For a hitter, they might recommend moving his hands up at the start of his swing or rotating his hands by a certain amount to improve bat speed and contact, which could lead to better results.”

The Dodgers R&D is second to none, so maybe they have uncovered something on him.

Or maybe he is just another Jake Reed.  Or some of the other AF RP acquisitions:

As I said, I will keep an open mind, all the while hoping that ZMac becomes a Wrigley favorite.

As I am writing this, there are no close rumors that I have been able to discern.  The Padres are interested in not only Juan Soto but also Willson Contreras.  Houston and NYM are also both interested.

The Cardinals are in on every starting pitcher…Frankie Montas, Jake Odorizzi, Noah Syndergaard, and Nathan Eovaldi.  They are also still in on Juan Soto.

The Giants are looking to sell Carlos Rodón, Joc Pederson, and Wilmer Flores.

Red Sox are listening on JDM and C Christian Vazquez (and Eovaldi).

Braves looking at CF Michael Taylor.  The Brewers are rumored to be very interested in Josh Bell.

There is now 2.5 days before the end of the deadline.  There are no rumors involving the Dodgers that are perceptible.

That was the game I expect every now and then. Will there be more of them going forward? It’s possible.

“There’s gonna come a point in time in early October when it won’t even make sense to have Muncy on the roster.”

I read that on another site. I think agree with it. He did hit two last night that could possibly suggest he’s coming out of it. But, I’ve seen it before, followed by chasing strike 3 a few times a row. That error was a tough play. I don’t expect him to make the tough play at third. I don’t see any third baseman on this team that can consistently make the tough play.

I don’t look for a great game out of Gonsolin. But it’s the Rockies so I do think he will win. I hope he can keep his pitch count down. Pitching in Denver looks like hard work.

Chris Martin. He strikes out a lot and walks only a few. Your point about the Dodgers development is a good one. There’s something there they like. McKinstry should do fine in Chicago.

Kersh has never pitched well in Coors. And he was roughed up there his last time he pitched there. Kind of like the way he pitches in Arizona. No rumors about the Dodgers for sure. Check the Dodgers home page. Roberts said he is sticking with Muncy. Needs his head checked in my book. Neither Muncy nor Bellinger have shown signs of any consistency. Only reason Belli is in there is because of his superior defensive skills. Barnes is almost as bad. Rios is on a rehab assignment. They need to make a roster move prior to the game with Martin joining the team in Denver today. Mitch White was more than a little peeved at being sent down again. Trade bait?

Mitch trade bait? Feels like he should be. He’s filled a hole in the starting rotation admirably but how valued is he? He’s the McKinstry of the pitching staff.

I like Muncy. Always have. And I don’t want to throw him away. I just want him to take so time off, get stronger, come back next year. I still want a professional, veteran DH for a run at the championship.

Ohtani and Soto are available for the DH. Dodgers are talking to Angels about Ohtani. https://www.msn.com/en-us/sports/mlb/report-dodgers-have-tried-to-engage-angels-regarding-shohei-ohtani/ar-AA108mnM

We will see what AF/BG think of Max. There is no reason to go out and get another bat if they truly believe that Muncy can and will turn it around this year. Maybe they should just bite the bullet and turn the job over to Miguel Vargas for the rest of the year. See what he can do. Then focus on pitching.

BTW, I agree that it was a tough play with Max at 3B last night, but it was an error, and he should have made the play. But just like with Lux’s error, it was up to Kershaw to get Grichuk out, and he did not. It is a team game which is why I do not get down on players making errors as much as others do. I do get down on manager’s continuing to put a player out there that consistently makes errors just to show that he has confidence in him. That makes no sense. That is not what happened to either Lux or Muncy. Both have played good defense for most of the season. They made errors. Kershaw pitched a bad game. S*** happens.

Dodgers should not pitch Kersh at Coors Field. He does not fair well there. Physical errors happen. Just have to accept them as part of the game. Mental errors/mistakes are much more frustrating.

One of the relievers will be sent down to make room for Martin. I am guessing that will be Jake Reed. Martin took McKinstry’s spot on the 40 man.

Barnes is hitting worse than ever, and I am an unapologetic supporter of Barnes. But his lack of hitting would not be a factor if Muncy and Bellinger were hitting. With three not hitting, that is tough to string together successful ABs.

Let’s see what James Outman can do today.

Muncy needs to sit while the Dodgers take a look at Vargas.

We wish you well Zach McKinstry. Good luck in Chicago (except against LAD).

First we get this,

Then Tony Gonsolin still has very little command. He got away with pitches in the first two innings, but not the 3rd. 63 pitches after 3 innings.

Great effort by Gonsolin, even without the command he showed early in the season, he battled to get through 5.0 29 pitches and 6 consecutive outs in the 4th and 5th. For such a catman, he is quite the bulldog.

He hung a lot of breaking balls that went unpunished.

Outman was my sleeper pick. I sure hope it takes a while to get a book on him. At least until the trade deadline, right?

I am sure Outman opened eyes, but I cannot see the Dodgers including him in a trade now. Maybe this winter, but not at the deadline.