A Second 4-Game Sweep of Arizona 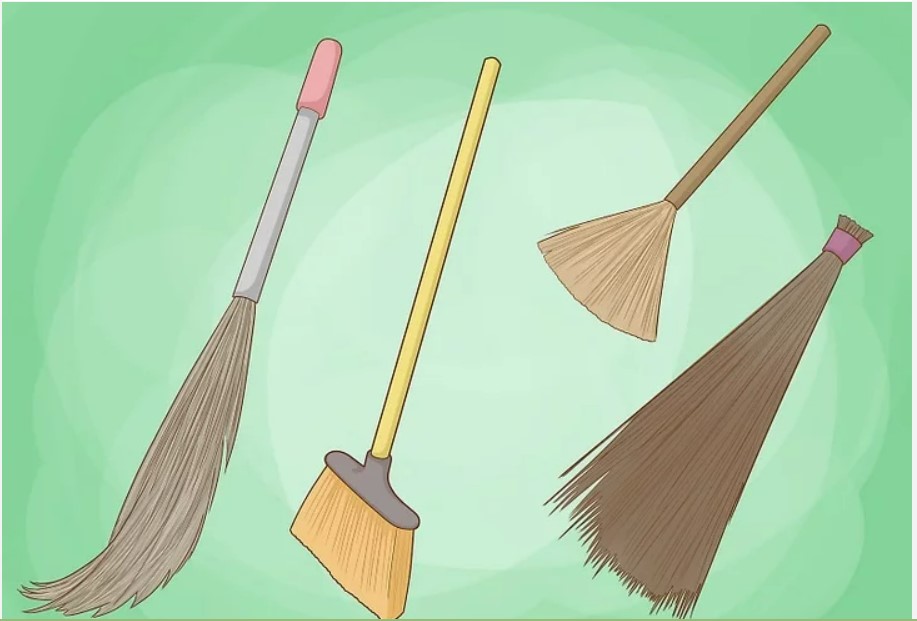 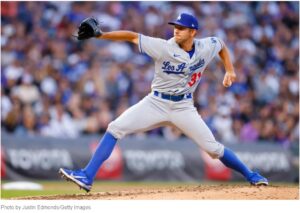 They took the field against a pitcher who has traditionally been very tough against the Dodgers, Zach Davies.  That is true regardless of the team Zach has pitched for:  Milwaukee, San Diego, Cubs, or Arizona.

The Dodgers did not punish Davies, but they did strategically dispose of him.  In the 2nd, on a 12 pitch AB the DH, Will Smith, drove one over the right center field fence for a 1-0 lead.  That may have been the most critical AB of the game.  Davies easily dispatched the Dodgers in the first on 11 pitches, and the first batter in the 2nd works Davies to a 12 pitch AB with a HR.  Davies got through the rest of the inning in order on 11 pitches.

It was the third that Davies wants back.  He gave up an opposite field single to Gavin Lux and followed that with a BB to Austin Barnes.  While I am sure it was not planned, but Mookie Betts then had a very nice situational hitting AB by hitting a long fly to CF that moved Lux to 3rd and Barnes to 2nd.  On an 0-2 pitch, Freddie Freeman had an opposite field single of his own to score Lux and move Barnes to 3rd.  With the infield and Austin Barnes running on contact, Trea Turner hit a very soft ground ball to Josh Rojas at 3B whose only play was to 1st.  Barnes scores the 3rd run of the game.

He retired the Dodgers in order in the 4th and 5th, but his pitch count was climbing.  In the 6th with one out, Trea Turner reached out and hit a soft liner off the end of the bat into RF for a single.  Smith walked and Zach Davies was done for the day.  His final line was 5.1 IP, 3 runs, 4 hits, 2 walks, 5 strikeouts, 1 HR, on 92 pitches (58 for strikes).  Except for the HR, he was not hit hard at all.

Davies and the three Arizona relievers were very efficient. The Dodgers were retired in order 6 of the 9 innings.

On the other hand, Dodger pitchers pitched in traffic the entire game, save the 4th inning.  Unlike his last outing where Tyler Anderson had a perfecto thru 5.1 innings and pitched 8 scoreless innings with no walks, Anderson had runners on base in 5 of his 6 innings and battled through without allowing a run.  He also walked a batter. This was the first batter Anderson walked since the 3rd inning on May 7, a string of 27.1 innings.   Anderson extended his scoreless innings streak to 20 innings.  He has not been scored on since the first inning against Arizona on May 17.

Three relievers followed Anderson, and all three pitched out of trouble.  But only Craig Kimbrel allowed a run.  In the 9th, with one out, Kimbrel hit Alek Thomas in the foot.  After a 2nd out, David Peralta came off the bench to triple to break the shutout.  With the tying run at the plate, Kimbrel struck out Cooper Hummel looking to end the game, and give Kimbrel his 10th save out of 10.  In his last 6 games pitched, Kimbrel has allowed runs in 4 of them.  In those 6 games, he has allowed 6 runs and 7 hits in 5.1 IP.

The Dodgers won with Mookie going 0-4.  They were out hit 8 to 4.  Cody Bellinger and Justin Turner sat for the day, while David Peralta started the day on the bench before his RBI triple in the 9th.

Kevin Pillar started the day in LF.  While he did not get a hit, he made a spectacular diving grab to steal a hit from Geraldo Perdomo.

Even Tyler Anderson made an outstanding defensive play.

But there was some questionable defense behind the Dodger pitchers.  Trea Turner had an error fielding a ground ball.  Mookie failed to catch a line drive hit by Perdomo that was in his glove, but lost the ball in the lights.  Mookie makes that catch 99 times out of 100.

IMHO, I think Mookie will also tell us that he should have caught Peralta’s triple.  It would have been a tough catch, but he has made far tougher catches.

The Dodgers also had another runner picked off.  This time it was Trea Turner at 2B.  Perdomo snuck in behind Turner, and blocked the base so Trea could not get there.  This was the fourth base runner tagged out in the last two games; sixth in three.

I know that Arizona is 23-26.  But they are 2-9 against the Dodgers and 21-17 against their other opponents.  They are not a bad team.  They are headed in the right direction, and have the youth at the ML level, with additional help in MiLB not far away.   The Dodgers were fortunate that they did not have to face Zac Gallen in the last two series.  In his first encounter with LAD on April 27, he pitched 6.0 scoreless innings for the win, the last time Arizona has beaten LAD.

Have to admit Anderson is surprising me. Can he do this for 30 starts?

On pace for 114 wins. I’ll take the under, but I see nobody that I believe will beat them to the finish line.

This defense is improved with Pillar but still is only middle of the pack. Won’t be a problem with this bunch.

It sure feels like we keep playing below average teams. Have another one in town starting tonight.

I am enjoying the ride. The Dodgers are beating teams that they are supposed to. They gave the Snakes life when they took 2 of 3 earlier, and then knocked them around for 8 straight. Losing 2 of 3 to the Pirates should bring about a sweep for the good guys this time.

After Pittsburgh, NYM, CWS, SFG, and LAA. That should be a good test of games before Cleveland, Cincinnati, Atlanta, and Colorado.

Who would have thunk that 50 games (okay 47) into the season that Tyler Anderson and Tony Gonsolin would be the two best pitchers in the LAD rotation. The #5 and #6 rotation pitchers in the beginning are a combined 11-0. That is 1/3 of the teams 33 wins.

I always thought that Anderson was a good acquisition, but I never expected what he is currently putting up. Pepiot and Grove should be hanging around Anderson to learn what happens when you throw strikes. 48 Ks vs 6 BB in 49.2 IP. Two walks in a month. That is often an inning for the two youngsters.

BTW, is it a coincidence that the Catman is throwing more strikes and getting good results? His BB/9 last year was 5.5, while this year it is 3.2. His strikeouts are down, but keeping runners off base is helping him get thru 6.0 innings. In 13 starts last year he never went past 5.0 IP. This year he has pitched through 6.0 in four of nine starts. But he is still only averaging 5.0 IP per start. His last 3 games he has 21K vs 3BB in 18.0 IP. You are going to go deeper and win a lot of games pitching like that.

Gonsolin is finally doing what we all have been waiting for. He’s throwing strikes and it’s working for him. Now? How far will 105 pitches take him?

Anderson on pace for a 24-0 record. If he maintains this pace, I predict MVP and a Cy Young. The question of who was the greatest Dodgers pitcher of all time would no longer be Koufax or Kershaw, it would be Tyler Anderson.

Interesting article by Fabian Ardaya in The Athletic about the pitching strategy that Catman has picked up by spending a lot of time with Kershaw.

I read that. It is a very good article. Gonsolin has the “stuff” to throw first pitch strikes. That is the strategy that Kershaw used to build his HOF career. When he was younger, the hitter knew it was going to be 1st pitch strike but they couldn’t do anything with it. Now as the fastball velo has dropped, a lot of those 1st pitch strikes end up in the seats.

I do not know if Julio Urías learned from Kershaw, but his career turned around once he got aggressive with throwing strikes and stopped nibbling. I think it is a confidence thing. The young guys just don’t trust what got them there. Pepiot and Grove are the next students at the Professor’s classroom.

Bleacher Report has just updated their farm system rankings and rank the Dodgers #1.

Top Prospect: The rise of Diego Cartaya is a big reason why the Dodgers were able to include Keibert Ruiz in last year’s blockbuster deal to acquire Max Scherzer and Trea Turner. The 20-year-old backstop has hit .278/.407/.581 with 19 home runs and 62 RBI in 63 games at Single-A over the past two seasons, and he checks all the boxes to be a terrific defensive catcher.

On the Rise: An 11th-round pick in 2017 who signed an above-slot deal, Jacob Amaya has dealt with some ups and downs as he’s climbed the minor league ranks, but he’s turning heads this year with a .297/.404/.601 line at Double-A that includes nine home runs and 22 RBI in 38 games. He may ultimately fit best as an offensive-minded utility player, and the Dodgers know how to maximize that profile.

“He may ultimately fit best as an offensive-minded utility player…”

I really don’t understand that comment since nobody has ever questioned his defense. The question all along was whether or not he’d ever hit enough to make the big club. Some people feel the Dodger offense is strong enough that the Dodgers could afford a very good fielding shortstop who didn’t hit much. The fact that he is now hitting makes him that much stronger a prospect.

With the shift going away next year, having a strong fielding shortstop will be more important than it has been in recent years.

“He may ultimately fit best as an offensive-minded utility player…”

When I see that I think more of Matt Beaty or Zach McKinstry. Jacob Amaya is defense first. Maybe more of an early CT3???

…”He may ultimately fit best as an offensive-minded utility player” Where in the heck did that come from?

Maybe they mean with the Dodger organization. We’ve got two first string shortstops now, with Busch to step in at second, Vargas and Rios for third. No room for another starting infielder but if he can hit his way to the bigs, they’ll find ways to use him.