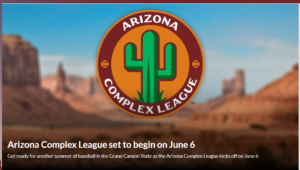 Four Dodger affiliates have just completed their first two months, and now there are three Rookie League teams that will be starting their seasons on Monday June 6. The Arizona Complex League (ACL), operated by Minor League Baseball, is a Rookie-level circuit that has operated in Arizona since 1988.

The Dodgers will have a team in the ACL.  There are 15 organizations with teams in the ACL with three teams having two teams: Giants, Brewers, and DBacks.  For the second straight year, the Dodgers have chosen to field one ACL team.

There is no magic to which teams are in the ACL vs. Florida Complex League (FCL).  It is where each teams’ Spring Training Complexes are located.  The Dodgers will be based in their Camelback Complex in Glendale Arizona.

The ACL will play a 60 game schedule.  The season will tentatively conclude on August 30.  The complexes are dark on Wednesdays and Sundays throughout the season.  They will also be dark July 17 – 20 (MLB All-Star Week).

The coaching staff is as follows:

The rosters have not been set as I am writing this.  But the original roster that was in WIP a couple of weeks back included 18 players.  Four players have been moved from the ACL roster to Rancho Cucamonga, and one pitcher has been moved from RC to the ACL.

There are two pitchers on the ACL roster that everyone is sure to recognize; a pair of RHRP, Pedro Baez and Dellin Betances.

Unless noted above, all players were on the ACL roster in 2021.

The first week’s schedule is as follows:

The schedule for games thru August 23 are included below: 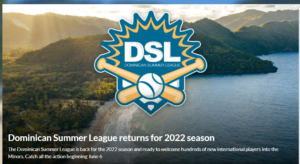 Also starting on June 6 will be the Dominican Summer League.  Per MLB.com: Games in the DSL are a teaching tool and the real measure of success for international prospects in this league is progress. The league is affectionately referred to as the “kindergarten of professional baseball,” but these kids can play and there’s a reason why scouts from opposing teams can be spotted in the stands taking notes and reporting back to their superiors.

The Dodgers will have two DSL teams.  Below are the rosters and staff for the two LAD DSL teams:

The regular season concludes August 23 and will include a 60 game schedule.  The DSL is dark every Sunday.  Below is the schedule for all 2022 DSL games.

We will endeavor to keep you abreast of the ongoings of both rookie leagues. 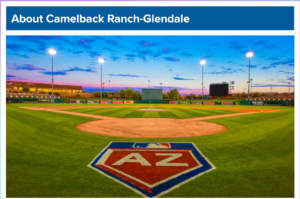 Just checking in. Nothing to say other than hi and thanks for sharing the info in this Post.

Thanks Fred. It is a dead Dodger day. But I always appreciate knowing that at least someone is reading what I write.

I know of at least two Freds reading your posts.

I’m reading them, though sometimes I’m not familiar with the players. I recognize Cuellar, I believe he pitched for the Orioles, and Danny Dorn, he played third base for the Indians in Major League. But most of those names I don’t know.

Now they tell me. I thought only guys named Fred were welcome here.

Well, we have two Fred’s reading and a Jeff D. writing and another one reading.

Gonna be fun to keep track of Pedro B. and Dellin B. Are they using a pitch clock in AZ? If so, I hope someone takes a video and posts it when Pedro is on the mound.

Pitch clock in AZ. That is a good question. I will have to check that out. I am sure others have the same question, and if so, if anyone has an answer, please let us know.