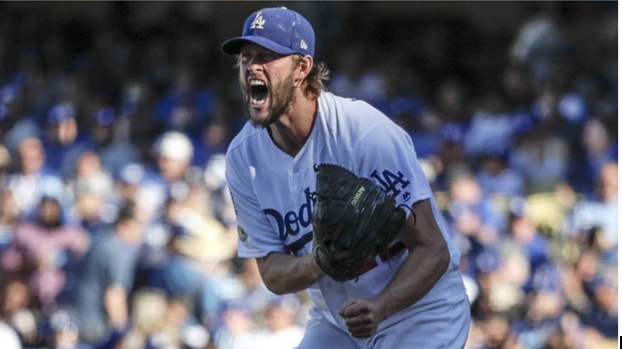 It has been two weeks since I started LA Dodger Chronicles.  It has not always been smooth.  There have been obstacles in the way.  Some due to me, and some due to contracted vendors, but mostly due to my learning curve.

Some of you readers have requested some tweaks, and I have been able to get them accomplished.  I am still working on others.  But I very much appreciate every single suggestion, and I have taken them not just seriously, but I have requested that action be taken on every suggestion.  It is not happening as quickly as I would like, but I have no direct knowledge as to the complexity of the requests or how long the it takes to make them.

From the bottom of my heart, I want to thank everyone who has taken the time to come to LA Dodger Chronicles and for those who have also taken the time to respond.  Yesterday’s post got a comment total up to 20, which is huge for a blog in its second week.  So thank you, and please keep it up.😊

Okay, enough of the personal stuff, and onto to Dodger baseball.

Monday marks the night that the two 2021 and 2020 NLCS participants face off for the first time in 2022; the Los Angeles Dodgers vs. the Atlanta Braves.  Clayton Kershaw will be the Dodger starter coming off his 7.0 perfect inning outing in Minnesota.  There is also the story line of the 13-year Braves veteran 1B, Freddie Freeman, facing his former team for the first time.  Not to be outdone, the Dodgers have their own 13-year veteran changing uniforms, Kenley Jansen.

Freddie and KJ got together before the game for a picture.

Hey, look at us. Who would've thought? pic.twitter.com/J1Y0ZowWuw

How is that for some high Hollywood drama.  Kershaw strikes out Matt Olson, the player that Atlanta believed could replace long time Braves 1B Freddie Freeman.  And then in the bottom of the 1st, Freddie hits his first LAD homerun against his former teammate Huascar Ynoa.

More Hollywood drama and another potential Clayton Kershaw perfecto was eliminated in the first inning.  Austin Riley lined a single just out of the reach of a laid out Freeman for a single into RF.

In the second inning, we witnessed yet again another home umpire calling pitches way outside as strikes against Will Smith.  Didn’t Chris Segal know it was Will Smith bobblehead night. 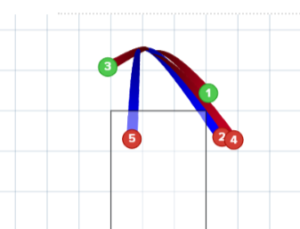 Neither #2 and especially #4 were close.  What is Will Smith saying to these umpires to get these treatment???

The second observation is that after being in the bottom half of the NL in stolen bases for the last several years, they find themselves at the top in 2022.

Will either of these current observations in the 10th game of the year hold up at all?  Well the Dodgers won tonight’s game and had 2 HR’s and a SB.

Cody Bellinger continues to scald the ball.  In the 4th inning, his second shot to 1B in this game eats up GG Matt Olson enough to let JT score and Will Smith move up to second.  Edwin Rios then joined the hit parade lining a run scoring single to score Will Smith.

Sean Newcomb came in to relieve Huascar Ynoa in the 4th.  I still remember very well on July 29, 2018, when he came within 1 pitch of no-hitting the Dodgers.   At the time, Newcomb was a talented 25-year-old LHP, who was traded by the Angels in 2015 to Atlanta for Andrelton Simmons. But on this day, with the first batter he faced, Trea Turner, he surrendered a bases clearing double and a 6-1 lead.

Well it finally happened in the 5th.  Guillermo Heredia hit a fastball on the inside part of the plate for a HR, and the first run scored against CK in 2022.

One thing.. When Clayton Kershaw loses it, he really loses it.  6th inning…Long HR, hard single, and ground rule double, and Doc summons the Bazooka.  The results were not favorable.  With runners on 2nd and 3rd and no outs, Brusdar Graterol struck out Marcell Ozuna.  The Dodgers were playing back to get the out, and a routine 6-3 ground ball scored a run.  Travis d’Arnaud hits an excuse me pop fly in no man’s land in LF and the 4th run scored.  Kersh’s night is official.  5.0+ IP, 4 runs (all earned), 6 hits (2 HR), no walks, and 7 Ks.

With the score 6-4 and a runner on 1st, Brian Snitker sent up Eddie Rosario to hit for Orland Arcia.  Rosario thought he was still playing the Dodgers in the NLCS as he drills a ground ball by the diving Freddie Freeman for a double.  Graterol got Heredia on strikes to end the inning.

Phil Bickford makes his season debut, and except for another excuse me swing single on the grass in front of 3B, Bickford was solid.  He also got Eddie Rosario on a fly to Mookie to end the 8th.  We learned that Blake Treinen had his arm come up a little tender a couple days ago.  It was reported that he threw on the side and he felt good.  It is likely we will not see him In the remainder of the home stand to give him some rest while the team still has 16 pitchers.

Belli is looking locked in.  He has hit the ball hard all four ABs and that HR in the 8th was a on a line.  Now he just needs to get consistent.  It is coming at a good time, as Gavin Lux is battling it a little.  Gavin is making contact, and often times hard hit, but he is not getting the results right now.

Craig Kimbrel is the Braves career leader in saves (186), and will now try to get his third save in 2022, but as a Dodger.  I am a huge GN’R fan.  Eric Gagne quickly became a favorite with his walk in music, “Welcome to the Jungle”.  As it turns out, I am going to be a big time Craig Kimbrel fan, as his walk in music is Sweet Child O’ Mine.  Who is going to walk in to Paradise City?

Clayton Kershaw gets his 100th victory at Dodger Stadium.  He did not dominate as he did against Minnesota, but he pitched well enough, and the hitters hit well enough for CK to get the win.  Kershaw’s first win was saved by Kenley Jansen, and now his 100th is save by Craig Kimbrel.  The two best closers in MLB over the last several years.

Matt Olson is a joy to watch hit.  He had three hits in the game.