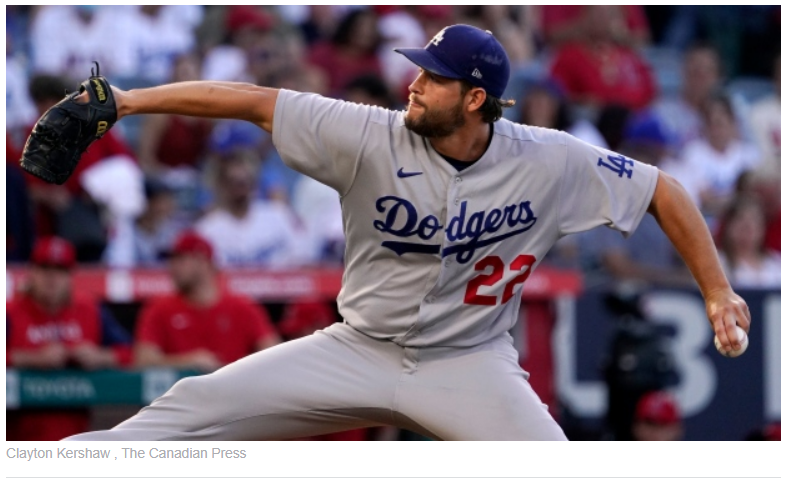 The regular season is coming to end in 16 days: October 5. The Dodgers play 16 games in those 16 days…one DH, and one open date.  14 of the 17 games are in Los Angeles, while the only three road games are in San Diego.  The Dodgers have the best winning percentage both at home and on the road.  They set a team record for most road wins with 52.

What we have learned over the years, it is not necessarily the 162 game leader that becomes WS champion.  It is the team that gets hot in October that generally wins.  We found that out as recently as 2019 with the Washington Nationals.

During the next 16 days, there is going to be a lot of potential jockeying between seeds.  The two seeds that are almost a certainty to remain are the #1 seed and the #3 seed..  The Dodgers clinched a bye into the NLDS with the win on Monday.  The current magic number for home field throughout the NL playoffs is 6.

The Cardinals are 6.5 games behind NYM for the #2 seed, and unlikely to make that many games up in the next 14 games.  They are also 8.5 games ahead of Milwaukee for the Division Championship.  That also seems secure.

The Braves and Mets could conceivably change positions, especially since Atlanta and NYM play three games in Atlanta (September 30 thru October 2).

As far as seeds 5 and 6 are concerned, 3.0 games separate three teams…San Diego, Philadelphia, and Milwaukee.

It is no secret who the teams have been for some time.  But who plays who is still widely up in the air.  We do know that the only way LAD and St. Louis play will be in the NLCS.

So who do you prefer to play in the NLDS.  The Dodgers will be well rested, and will face an unknown foe.  We also know that whoever they face will be coming off a 2 or 3 game series, and will probably not have their best pitcher available until maybe game 2 of the NLDS.

The Dodgers are a predominantly LH starting pitching team.  What teams hit LHP? Below is the ML ranking against LHP.

That is only part of the equation.

The Dodgers batting against LHP and RHP are as follows:

Here are my projected top 4 starters (not in any specific order) for each of the playoff contenders:

ON PAPER – The Cardinals could be the toughest adversary for LAD.  They hit LHP far better than any other contender, and they have two formidable LHSP.  But they cannot face each other until NLCS.

The Mets have the two scariest pitchers (deGrom and Scherzer).

For me, the Braves with their ability to hit LHP, starting pitchers Max Fried, Kyle Wright, and Spencer Strider, and their familiarity and confidence with the Dodgers in the postseason, present the biggest challenge.  I think I would rather face Atlanta in the NLDS rather than NLCS.  Their #4 pitcher figures to be Charlie Morton, and they would only face Fried once.

Regardless, the series’ will be tough no matter who they face.  And IMHO, the team the Dodgers face will be in more trouble than will be the Dodgers.

Who would you prefer to face in the NLDS? 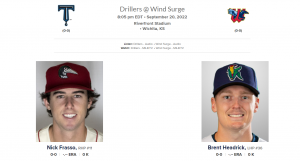 Wichita Wind Surge is the AA affiliate of the Minnesota Twins

No preference. I would not want to learn from a “Careful what you wish for” scenario. My worst nightmare would be losing to the Padres and seeing Machado gloat.

I want nothing to do with Scherzer and DeGrom.

DePaula and Payton Martin both were mentioned on a recent Baseball America podcast.

I think the other teams should be wary of facing the Dodgers. This team is on a mission. They have something to prove. Any pitcher, does not matter who, can be beaten. They have played the Braves 2 7 game series the last two seasons and split. I have no preference.

Some very sad news. The legendary Maury Wills passed away at his home in Sedona, Arizona at the age of 89. Maury you will be missed.

Only team I don’t want the Dodgers facing in the playoffs is the Pirates!

Maury Will past away at age 89.

I met Maury at a restaurant in Palm Springs. Shared a pizza. We had a great conversation. My wife met him in a Sedona grocery store checkout line. He was chatting it up with her, she had no idea who he was. They were talking about living in Sedona (he actually lived in The Village of Oak Creek) the traffic in Sedona and what she remembers is him laughing and saying he was a “40 mph guy now” so the traffic didn’t bother him. She said he genuinely a delightful guy. She found out who he was from the cashier after he left. His play inspired me to switch from catcher to shortstop in 1963. It was a thrill to have him sit down right next to me. I tried to stay calm. I wasn’t.

Today I read an article about teams that have a superstar that would be better served with multiple lesser players and Ohtani was the posterboy for that article. We know the Dodgers would be interested in Ohtani but the surprise player was Wander Franco. What could the Rays get for him?

Plenty. But he’s signed to a very easy contract. No need to trade him for about 5 years.

That is interesting about Wander Franco. I would think he would be the last player that Tampa Bay would be interested in moving. Although they generally have multiple middle infield prospects. From a business standpoint I can see why a team like Tampa Bay would like to leverage Franco for multiple elite ML ready pitching prospects. Maybe Miami would be a good spot to shop him. Even Miami can afford a player like Wander Franco with an 11 year $182MM contract.

I know that LAD fans are enthusiastic about the potential of Miguel Vargas. I include myself in that group. Right now, Vargas looks overmatched offensively and defensively.

﻿But I also follow the rest of MiLB and have been enamored with the potential of AZ OF Corbin Carroll since he was drafted. Carroll is a superior ball player in every aspect of the game to Miguel. Another in that realm, is AZ OF Alek Thomas, also a year younger than Vargas. Put those two with Jake McCarthy (25) and Daulton Varsho (26), and the Diamondbacks have a potentially lethal OF that should excel offensively, defensively, and with their legs.

If someone told me I couldn’t root for the Dodgers any longer and I had to pick another western division team to follow, it would be the Dbacks. Those 4 guys you mentioned are all good, young, exciting ballplayers and there are other good ones in their farm system.

Give them a couple of years and they may be our biggest threat in the division.

I lived in Arizona 11 years, followed them rather closely as all games were televised. They seem to always disappoint when I was there. They make bad trades and let players get away. And fans don’t show up when the team sucks. I too like them more than the other Wesr rivals, but I don’t expect much from them.

I may have mentioned this before, but my wife’s cousin manages the D-Backs. I always wish them well… except against the Dodgers.

I did not know that. That is very cool. Torey Lovullo is one of the good guys, even though he is a Bruin.﻿😇﻿

With the continued development of Drey Jameson and Ryne Nelson along with Zac Gallen and Merrill Kelly, the DBacks could have the pitching to go with the young position players to be a challenge. I think they will compete next year and contend in 2024.