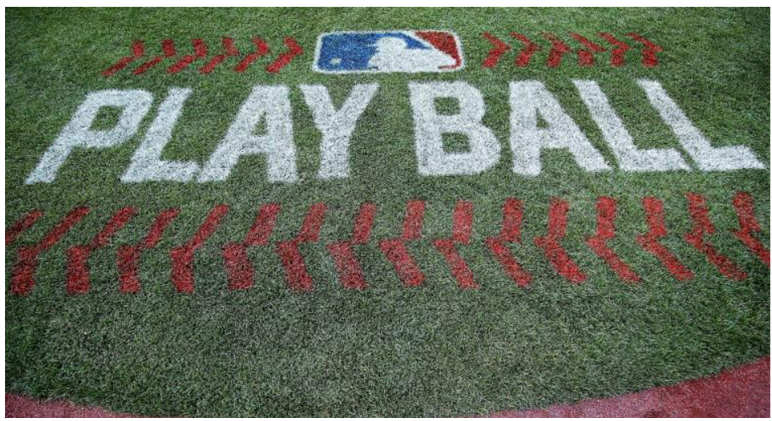 We have MLB again, and a full 162 game schedule, starting with the April 8 opener in Colorado.  My passion has been MiLB, and I was not going to go without baseball as my MiLB.TV package had already renewed.  OKC will start April 5 at home vs. the Albuquerque Isotopes (Colorado Rockies). Tulsa, Great Lakes, and Rancho Cucamonga all begin April 8.  OKC does travel to Sacramento this season for a six-game series (April 19 – April 24), that I should be able to attend.  I also plan on attending games in Visalia, Stockton, and Modesto when the RC Quakes come to town.

Now to the big-league team.  The Dodgers have signed a plethora of AAAA players to fill the AAA and somewhat AA rosters so that the next wave of prospects will not be rushed.  AAAA position players, Eddy Alvarez, Jake Lamb, Kevin Pillar, Tomás Teliz, Jason Martin, Stefen Romero, Tony Wolters, Andy Burns…and pitchers, Beau Burrows, Jon Duplantier, Robbie Erlin, Carson Fulmer Sam Gaviglio, and Yefry Ramirez.  Will any of these players ever get called up to MLB?  They would have to be added to the 40 man first, meaning they would have to replace someone who is either placed on the 60-day IL, DFA’d, or placed on the Restricted List.  We did see quite a few of these type players make the 26-man roster in 2021, so as long as AF and BG are anticipating the necessity of such a move, so should we fans.

I am actually pulling for Carson Fulmer (RHRP) and Robbie Erlin (LHRP) to impress enough so that they could be a viable bullpen options for when the inevitable injury bug does bite.  The Dodgers were fortunate last year that neither Will Smith nor Austin Barnes were injured. Tomás Telis and Tony Wolters will be adequate stopgaps if either should go down.  Kevin Pillar is a proven ML OF should the need arise.  The Dodgers are a veteran team, and AF has shown that he is more comfortable moving AAAA players to the ML roster rather than rushing a young not-so-ready prospect.

Matt Beaty was a quality bench player, but did not possess the power that LAD decision makers seem to thrive on.  He is also a player without a position.  In his own words, his best position is the batter’s box.  He has moved on, and I hope that he will get that chance to be an everyday player for the Padres.  Between Gavin Lux, Chris Taylor, Edwin Rios, and Hanser Alberto, the need for Matt Beaty was not apparent.

The Dodger roster is just about set:

The Dodger brass has stated that they are going with 16 pitchers, and viewing the number of innings each of the pitchers threw this Spring, they will need 16.  There are multiple relievers on the bubble, but I am projecting that Mitch White who threw all of 1.0 inning will be moved to OKC to start.  With Tyler Anderson on the roster, there is no need for White to be there as the long man or #6 starter.  That will leave a pair of LHRP, Justin Bruihl and Garrett Cleavinger, on the plane to Colorado.

It has been reported that Ferguson, Kahnle, and Bickford will start the season on the IL and work back slowly, estimated to be late April or early May.  Three additional player transactions will be needed.

There is no need to rush any of them.  There are plenty of capable arms on the roster and in the system.

Danny Duffy and Dustin May will crowd the pitching even more once they are cleared to pitch again.  I think the Dodgers will be extra cautious with Dustin.  I do not think that it is out of the realm of possibility that Dustin will remain on the 60-day until September when the rosters expand again.

As projected, that is a very veteran laden roster.  Not much room for youth on this roster.  But there have been a couple of prospects who seem to be pushing to climb the organizational ladder even more quickly.  Miguel Vargas and Michael Busch are flat out hitting machines.  Their pedigree screams hitter, and they have delivered this spring.  IMO, neither one will reach the MLB this season, but that can obviously change if they continue to showcase their hitting acumen in AAA/AA respectively. AF likes to bring up a prospect in September to give them exposure to the ML environment.  Either of these two (or James Outman or Bobby Miller) will be prime candidates for such a promotion.  However, since the MiLB schedule runs through September 28 for AAA, AF might prefer them to continue to get meaningful swings at OKC.  But let’s not get ahead of ourselves with September callup projections before the season even begins.

Because of the dearth of true MLB OF prospects in the LAD farm system, James Outman has catapulted himself to the top of that list.  Neither Andy Pages or Jose Ramos are ready for prime time, and Outman does not seem to be overwhelmed in a ML lineup.  But let’s not forget that he is not necessarily facing the top ML pitching, and we can all remember what a great Spring Training Cody Thomas had in 2020.  Outman was not fighting for a position, so there was no expectation for him making the roster out of ST.  I was encouraged to see how his confidence seemed to blossom as ST continued.  He has been assigned to AA, and will play with Andy Pages (as Ryan Ward and Jeren Kendall).  That is a lot of CFers.  At the very least, Outman proved his case for being on the 40-man.

As good as the LAD offense was for 2021, 2022 has a chance to be special.  At first blush it seems like the Dodgers simply switched Freddie Freeman for Corey Seager.  However, with the changes, the Dodgers gained more than 4.0 bWAR.

That does not include the bWAR the Dodgers will pick up with Gavin Lux as a bench player (it will be more than 0) and with Edwin Rios replacing Matt Beaty.

Yes it is a very simplistic look, but it does illustrate that the Dodgers can be a better offensive team with Trea Turner for a full season (replacing Seager and Lux) and the addition of Freddie Freeman (with Muncy sliding to 2nd).

The other variable will be Cody Bellinger.  He cannot possibly hit worse than he did in 2021 (or can he).  Regardless, I do not think the Dodgers will be as patient this year with Cody.

The next wave of prospects is not due to reach LA until at least 2023. IMO, the Dodgers are going to need a David Freese type bench player (or 2) for the stretch run and playoffs.  They have a bucket load of RHP that they can package for a quality bat.  Or will Jake Lamb, Kevin Pillar, Eddy Alvarez, or Tomás Telis get the call?

I am not happy with the rotation, and nobody is calling me to ask my opinion.  It appears there will be no last minute acquisitions, and Sean Manaea dropped into San Diego’s lap.

So the roster is mostly set.  The final bullpen pitcher still to be identified.  Let’s get to April 8, and let the games begin.