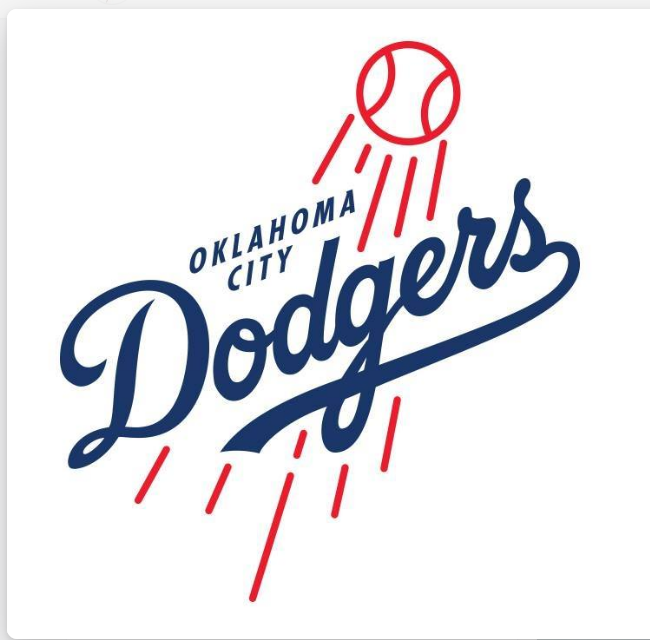 Before the game we learned that OKC has not started the season 2-0 since 2006, and this year was no different, as Albuquerque won the battle 6-5.  On this night, the Dodgers started only two prospects, Miguel Vargas and Ryan Noda. The starting lineup for OKC was:

Albuquerque jumped out to a 1-0 lead on a pair of singles, a stolen base, and a Scott Schebler sacrifice fly.  The Dodgers tied the game in the bottom of the first with a pair of walks and a Zach McKinstry double.

The Isotopes took the lead in the 4th with a single, walk, and a Zach McKinstry throwing error.  The Dodgers answered again in the 4th.  After a pair of walks to Andy Burns and Ryan Noda, Jason Martin got a run scoring double.  Tony Wolters followed that with a 2 run double of his own.

The Dodgers took the lead into the 6th when everything went awry.  After an infield single, walk, and ground ball force out at 2nd, the Isotopes had runners on 1st an 3rd with one out. The next batter reached base on a catcher’s interference to load the bases.  A walk to Ryan Vilade scored a run.  The next batter hit a weak ground ball to Miguel Vargas at 3rd whose only play was to 1st for the second out, but the tying run scored.  Then the misplay of the game.  With runners on 2nd and 3rd and two out, Scott Schebler hit a pop fly right behind the pitching mound.  McKinstry called for it, but Vargas came charging in and nearly ran into McKinstry forcing Zach to drop the ball, and two runs scored.  Zach will blame himself for the drop, but it was Vargas’ actions that created the miscue.  He should have let his SS have the play and backed out.   There was no need for him to be there.  As it turns out, the Isotopes scored 4 runs without the ball leaving the infield.  Two walks, an infield single, catchers interference and a dropped pop fly for an error, scores four.

The Dodgers worked two walks, a wild pitch, and a sacrifice fly to get one back in their half of the 6th.  Nine consecutive Dodger batters made out from the 6th to the 9th before Zach McKinstry got his 3rd hit of the ninth.  With runners on 1st and 2nd and two outs, last night’s hero, Jason Martin ended the game with a 3-1 ground out.

The Dodgers scored 5 runs on 7 hits and 3 errors.  They left 12 runners on, and went 3-12 WRISP.  The official scorer was kind on a couple of plays that could (should) have been called errors,

Robbie Erlin started, and while he was not sharp, he deserved better.  The defense was as bad on Wednesday as it was good on Tuesday.  Erlin gave up 2 runs (1 earned).  Jon Duplantier made his Dodger debut with a strike out to end the 4th inning  .  Mike Wright was not the answer as he surrendered 1 hit and 3 walks to allow 4 runs (2 earned).

Shane Greene  (one of two former MLB All Stars on the team – Jake Lamb the other) was charged with a blown save, but that was all on the dropped pop fly.  He pitched well except for a pair of meaningless singles in the 7th.  He issued no walks and registered two strikeouts.

Reyes Moronta finished up by striking out all five batters he faced.  He looked a lot like the 2017-2019 version of the SF Giants high leverage reliever.  He was very impressive.

Former LAD 1st round pick (2010), Zach Lee, pitched in the 8th for the Isotopes and retired the side in order.  He got Eddy Alvarez on a questionable called 3rd strike.  He struck out Vargas with a pair of low and away sliders.  And he got Jake Lamb to meekly ground out to 2nd base.  Vargas is going to see a lot of low and away sliders from right hand pitchers until he can prove he can hit them.

For the night Vargas went 0-4 with a walk and 2 Ks.  He still does not look like a ML 3B, and I have yet to read an analyst who says he will stay at 3B.  But it is his bat that will get him to the SHOW, and he is not going to let this night discourage him.  He is a hitting machine, and he will get back up and destroy pitchers this year.  Hitting wise, he will be fun to watch.