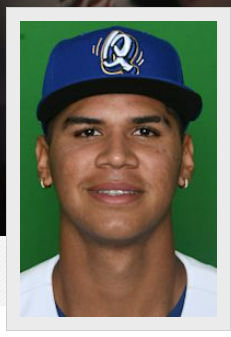 The Dodgers started quickly in El Paso scoring a run in the top of the first inning on an Andy Burns single following a Kevin Pillar walk and a Zach McKinstry single.

Left-hander Robbie Erlin started for the Dodgers and breezed through the first five innings on just one hit and a walk while striking out three.

In the top of the fourth inning the Dodgers struck again with a triple by Eddy Alvarez and a 12-pitch single by Ryan Noda.

The Dodgers scored a single run in the top of the fifth inning to take a 3-0 lead on a Kevin Pillar triple and a Miguel Vargas sacrifice fly.

Erlin was relieved in the bottom of the sixth inning by right-hander Yency Almonte after giving up a run on a single and double. Almonte stranded the runner he inherited.

Right-hander Mike Wright Jr. came on for the seventh inning and pitched two scoreless innings on two hits and three strikeouts. Right-hander Reyes Moronta finished off the ninth inning giving up a hit and walk but no runs.

The Drillers lead the North Division of the Texas League with a 6-3 record. They were not scheduled on Sunday and get back into action on Tuesday with a six-game set against the Cardinals in Springfield.

The Loons were looking for an Easter Sunday win against Peoria having lost four in a row while going 10 for 94 in their last three games. Things did not start well as Chiefs starter Austin Love struck out the side in the top of the first inning and punched out the side again in the top of second inning.

In the bottom of the third inning the Chiefs scored the first run of the game on two singles, an outfield error and a sacrifice fly. Gavin Stone escaped with no further damage by striking out two more Chiefs giving him five in his three innings pitched.

Chiefs starter continued his hot start by striking out two more in each of the third and fourth innings for a total of 10 Loons mostly striking out swinging. He did issue two walks and allow a single by Jorbit Vivas but no Loon had reached second base after four innings.

Left-hander Julian Smith come in the bottom of the fourth inning and proceeded to walk two and give up a bloop single to right field. He wiggled out of the inning with two timely strikeouts and a ground out.

Left-hander Jose Hernandez next pitched two innings on no hits but with three walks and three strikeouts. Right-hander Michael Hobbs followed Hernandez stranding the runner he inherited in the seventh inning.

The Loons bats came alive in the top of the eighth inning and scored five times to take a 5-2 lead. The runs scored on an Ismael Alcantara two-run double, a Leonel Valera triple, a Zac Ching sacrifice fly with one more on  a wild pitch.

It seemed the Loons were poised for a victory until the Chiefs had their half of the inning. When the inning ended Peoria had scored four runs to take a 6-5 lead.  In two-thirds of an inning Michael Hobbs was charged with four earned runs.

Antonio Knowles was not able to strand the two runner he inherited.

In the top of the tenth inning Jonny DeLuca hit a home run to tie the score at 6-6. The tie was short lived. In the bottom of the inning the Chiefs scored the winning run without a hit . The run came courtesy of three errors by the Loons and the ball not leaving the infield.  The Loons made five errors during the game.

Right-hander Edgardo Henriquez (pictured) started for the Quakes and in his second stellar appearance of the season went three innings allowing only one hit and a walk while striking out four.

In his two appearances in 2022 he has worked 5.2 innings in which he has given up three hits, allowed no runs, walked one, and struck out 8.

Right-hander Huei-Sheng Lin followed Henriquez to the mound making his 2022 debut. The native of Chiayi, Taiwan also had a good game tossing three innings while allowing just one run on one hit and one  walk while striking out two.

The two hits allowed by Henriquez and Lin were all the hits the 66ers would get on the night.

Right-hander Carlos De Los Santos took over for Lin and in his 1.2 innings walked three and struck out three. He did leave a runner on base for left-hander Ben Harris who stranded the runner and put up all zeros in 1.1 innings pitched while striking out two.