Random Thoughts From My Office Desk When I Should Be Working 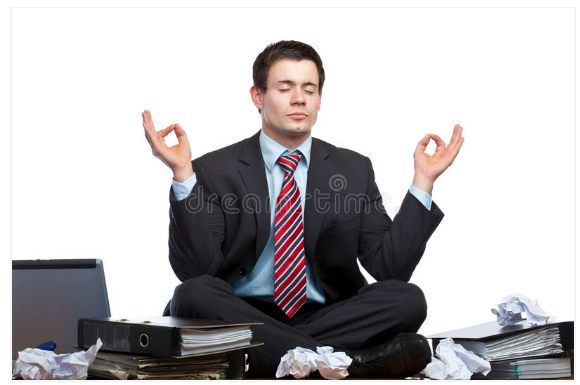 Last night I was sitting in the recliner, watching Evan Phillips close out the Dodgers 2-1 victory over the Marlins, and I had a flood of thoughts about how well the Dodgers are playing and how cruel baseball can sometimes be. I’m writing this on Saturday afternoon (before Dustin May’s) start against the Marlins) and, while I can’t remember all of those thoughts, I wanted to share those that I could remember.

Using Bickford in a 1-0 game in the 8th…Why? Did anyone hear Roberts explanation?

I did not hear an explanation. Then again I turned off the TV as soon as the game was over. Bickford runs hot and cold. In his previous 5 games (6.2 IP), he allowed 1 baserunner (via walk). In the 7 previous outings before that, he he pitched 6.1 scoreless innings. But when he is off, he is waaaaaay off. He is the new Chris Hatcher. I guess they could have brought Price in. He did pitch the day before. Phillips was available, but maybe they are auditioning him for the closer/save role. They are still treating Ferguson with kid gloves. They do not like to bring him in more than every third game. C-Mart pitched on 08-19 and 08-20, so he was getting 2 days rest. Kimbrel pitched the day before, and they are becoming more reluctant to having him go back to back.

Bickford was not an illogical choice, but if he is off, he needs to be removed. Once they got the second run, I think Doc and Prior made up their mind to save the bullpen. Devin Williams would have come in. The down side to that is that it would have been nice to have Williams throw since he threw 37 pitches on Saturday. Now he is going to be fully rested for the next two games. There really is no reliable reliever at OKC right now. They are waiting for Treinen and VGon. And apparently both Kahnle and Duffy are convinced they will pitch this year.

With the lead they have, they can afford to wait on the those coming off the IL.

It’s scary to see Kimbrel come into the 9th to hold a hard fought close lead. For me, it’s because I fear he will walk one or two and give up a dinker or two. Spin rates might be a good predictor but for me they take a back seat to what is happening in the present.

Managing a team of egos requires patience. But if someone is consistently failing then moving (think Max) down the lineup or to earlier innings (think Kimbrel) until they get back to normal probably makes more sense to fans.

Who might the Dodgers target if they traded Pepiot and Bellinger? A name or a position?

Pepiot has some trade value but I’m thinking you couldn’t get much in return for Belli. Yes, he’s a real asset defensively but nobody has a clue what he’ll produce on offense. And you’ll be paying him close to 20 mil. And if he happens to rediscover himself offensively you lose him to free agency after next year.

Prior to Cody having his first half of his MVP year I defended Joc against countless attacks and mentioned that Cody has a K problem as well. I got quite a few replies about Joc not being in the same class as Cody. I never said he was but I could still see problems with Cody.

This off-season will be interesting to see if instructors can help Cody change his swing and stance.

There will be games the offense sleeps. Every team has them. We have fewer than most.

We traded the wrong Alvarez.

Taylor. Or Kaylor as someone referenced him. Yoiks.

Hawaii looks pretty good. A couple of kids we should draft right away.

Why trade Pepiot and Bellinger? They both are going to contribute, sooner and later. My my crystal ball says so.

Regarding Pepiot, the Dodgers can’t stand having a rookie/prospect being unavailable to pitch for 4 days while being between starts. They always opt for bringing up a reliever.

Maybe when Kershaw comes back, they can go to a 6 man. He supposedly will be ready to start at home Labor Day Weekend against the Padres. Kersh and Treinen could both be back September 2.

This is job for the trade simulator!

Pepiot and Bellinger combine for a value of 17.3

This is roughly equvalent to:

Zach Neto from the Angels
Christian Javier from the Astros
Jonathan Aranda from the Rays
or
Nick Yorke from the Sox.

I would consider Cristian Javier. Actually if it were offered, I would do the deal. He is controlled through 2026. Belli would thrive in Houston, and Houston needs a CF. Houston does well with young pitchers, so if they like Pepiot, maybe they consider it.

Arte Moreno is putting the Angels up for sale. Maybe now is the time to trade Ohtani, get some prospects (a lot of prospects), and then if the new owners want they can try and bring him back to Anaheim. Very similar to Soto. The problem with the Angels is that they have too much tied up in Trout and Rendon, and neither are very tradeable without including A LOT of cash thrown in. Not what new owners want.

I would think that Moreno would wait until he has a buyer before deciding whether to keep or trade Ohtani this winter.

Check with your buyer and do whatever they prefer. Makes the sale easier and more likely.

I wonder if Ballmer or Cuban will be interested in making a bid. Both would be a huge improvement over Moreno for Angel fans and for baseball in general.

Cuban says he has zero desire to buy a MLB franchise. Way too overvalued for him. Ballmer is a possibility. But he has a full plate with the Clippers and their new dome. After dealing with the logistics with the land and Forum, does he want the hassle of what the Angels situation is. I do not follow then NBA much less the Clippers so I do not know how involved Ballmer is with their operations. If he hires good people and can act as an owner/investor rather than GM, he could handle both.

Regardless of outcome. If publically traded, stock would jump on this anouncement.

Ohtani has hinted that he is leaning way over for FA and not re-signing with LAA. Of course that could change. But the LAA farm system is dismal (at best). The only reason it is not the worst is because of the number of prospects the Royals have brought up this year. The only asset the Angels have to help rebuild the farm system is Ohtani. If they wait until trade deadline 2023 or hold onto him for the full year, the return on that asset only diminishes. If no trade, that return is a compensating draft pick.

The Angels need a new development infrastructure from scouts, analytics, instructors, facilities, etc. They need an image in Latin America. In other words, they need to rebuild their foundation before picking the finishing touches. I think they missed a golden opportunity for not striking at the deadline. I do not think they will miss again this winter. 2 postseasons vs 1 with Ohtani will cost multiple potential star prospects.

I think a new owner would prefer Moreno improve the farm system over a player that will probably walk after next year regardless of the new owner. All teams have to say is look at Mike Trout. The new owner still has Trout as the face of the franchise. If the new owners want to bid on Ohtani after FA, they potentially could have the prospects and Ohtani.

The Nationals did not see the loss of Soto as a reduction in value for new ownership, and they had an extra year of control. If Washington thinks they can contend after 2024, the new owners can bid on Soto. They get the haul from SD and could potentially get back Soto. They have that option. If they decide they are not contenders after 2024 season, they can pass on Soto. They got the prospects, and can rebuild. The Angels need to move Ohtani sooner rather than later in order to maximize their return on asset.

Walker Buehler to undergo his second TJ surgery. He is already out for 2022, and will be out all of 2023. He will have one year before he becomes a FA after 2024.

Some of us saw this coming the beginning of the season.

Yep. Some of us saw it alright. I wonder what’s being said around the blogosphere. It will be a bleeping miracle if this staff holds it together through November. Do you believe in miracles?

Sure hope Kershaw comes back at 100%.

Great stuff, Rob. Didn’t have a chance to read it all the way through earlier, but have a couple of comments in response:

1) I have no memory of the players that Preller got back in 2014 but I’m guessing that Trea and Fried were better than any of them. Just because you make a lot of trades it doesn’t mean that you’ll be successful. Think of what the team would look like now with Tatis, Machado, Trea Turner and Fried.

2) I agree with your list of guys who won’t be coming back (on the 40-man) except for Pepiot. I expect he’ll be back as a member of the rotation, especially now that we know Buehler won’t be here.

3) Prospects who could help next year – Vargas and Stone yes, Nastrini possibly, Amaya and Feduccia no. I expect both of those guys to be traded in order to help create room on the 40-man. AF will have to move some prospects closer to the majors in return for guys who are farther from exposure to the Rule 5 draft. I think Amaya is definitely gone if we re-sign Trea.

4) Geren/Turner scenario – intriguing idea, but I think you’re a year early. More likely to happen in 2024 in my opinnion.

5) I would never have guessed that Gonsolin and Anderson would have 28 wins between them at this point (or at any point). That said, could I have that piece of cheesecake for participating?

2) Pepiot has to come back. And be good

3) I still look for Miller. He will be 24 and he has great stuff

Come on by the office and the piece of cheesecake is yours. We’ll at least a Crumbl cookie, which can be equally as tasty 😋

From Rancho to Great Lakes

From the ACL Dodgers to Rancho