Admittedly, I was a huge Hanna Barbera fan growing up in the late 50’s and early 60’s, and one of my favorites was Top Cat.  But now in Los Angeles, Tony Gonsolin is Top Cat.

I love a good pitcher’s duel.  It keeps you on the edge of your seat.  And this was special one.  Zach Eflin was just filthy.  He made two mistakes and they were deposited into the seats by Mookie and Edwin Rios.  Gonsolin was dealing himself, but his onle made mistake was also costly.  He threw an 81.7 MPH splitter that just did not do anything other than sit in the middle of the plate, and former USC Trojan Garrett Stubbs did not miss it.

Tony was done after 6.0 IP and 90 pitches.  Eflin was done after 7.0 IP and 106 pitches, with the score 2-1, and it became a bullpen game.  That would seem to indicate an advantage for the Dodgers.  But that was before Saturday’s game and the use 8 pitchers by the Dodgers…all relievers.  The Dodgers needed some length from Gonsolin, and he gave him 6.0 solid innings.

First up was Alex Vesia.  This was his 3rd consecutive appearance.  He did give up a single to Nick Castellanos, but he also struck out Bryce Harper and Kyle Schwarber, and got Jean Segura to ground out.  Great inning for Vesia on his 3rd straight day against the Phillies 3-4-5-6 hitters.

Justin Bruihl seems to be looking for a frequent flyer ticket to OKC.  But who are the Dodgers going to bring up?  Garrett Cleavinger and Caleb Ferguson would seem to be logical choices, but they were optioned 5/15 and 5/17 respectively.  A pitcher must remain in MiLB for 15 days after being optioned unless they are replacing an injured player.  Reyes Moronta was also optioned 5/15. So unless Justin Bruihl is injured, he will probably stay with the Dodgers.

Almonte stayed in and got two quick outs in the 9th.  But Nick Castellanos hit the first pitch he saw, a hanging 84.5 MPH slider, for a double.  The decision was made that it was a better option for Almonte to face Segura than Phillips to face Schwarber.  Unfortunately, Segura singled to score the tying run.

The Dodgers entered the extra innings game not having won one this season.  With Austin Barnes starting at 2nd, Mookie draws a walk.  Freddie came to the plate looking to stop back to back 0-5 games.  On a check swing, he hit a little bouncer in front of the plate that Garrett Stubbs was able to throw to 3rd to force Barnes.  Trea Turner steps up and lines an oppo single to score Betts and move Freeman to 3rd.  Turner moved to second on the throw.

Edwin Rios was walked intentionally either to face Max Muncy or to put them in a DP possibility. First pitch 95.6 MPH fastball down the middle at the knee…strike one looking.  Next pitch 95.0 MPH fastball down the middle just above the knee…strike 2 looking.  Two more four seam fastballs miss badly.  Muncy fouls off a fastball up, but then swings right thru a center cut 95.4 fastball…strike 3.

JT hits a bullet down the line that Alec Bohm makes a very good play on and easily threw out the slow-footed JT.

Staked with a 3-2 lead, Evan Phillips is called on to close out the game, because Craig Kimbrel was forced to pitch in Friday’s game.  Otherwise he might have been available to pitch on Sunday.

First batter Garrett Stubbs hit a ground ball away from the shift that T Turner got too and probably made an ill advised throw to 1B.  Fortunately, Realmuto moved to 3rd, and with a high throw from Freddie to JT, JT deked Realmuto into thinking the ball was over thrown, and tagged out Realmuto who got up to start to run.  Phillips then struck out Camargo. The Phils were down to their last out, Roman Quinn.  Quinn singled to right and on Mookie’s throw to 3rd, Quinn moved up to 2nd.

Phillips got the first two strikes, but could not put Bohn away.  On a 2-2 pitch, Bohn hit a grounder to Muncy at 2B.  Muncy booted the ball, and Quinn came around to score on the play.  Phillies win 4-3.

I know Max is a easy target right now, but this was a hard fought game between two good offensive teams.  With the game that Eflin threw, the Phillies would have had a hard time swallowing a loss.  With the way Tony was dealing, the Dodgers will have a hard swallowing the loss.  There were great defensive plays on both sides. Some great pitching.  Some good power.  A fun game…until the end.  This loss was nobody’s fault.  Philadelphia fought hard, did not quit, and came away with a victory.

This loss does not take anything away from Tony Gonsolin’s excellent outing.  His next game will be in Arizona.  If he goes on normal rest it will be on Friday.

BTW, does anyone else think of Matt Stairs when they see Kyle Schwarber in a Phillies uniform?

Pack it in and get to Washington.  First up, Tyler Anderson vs RHP Joan Adon.  The Dodgers will see Josiah Gray on Tuesday. 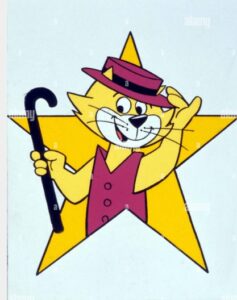 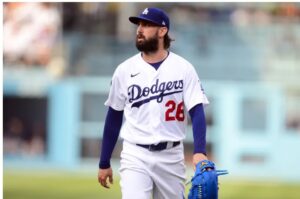