Wooper Dooper of a Broadcast Partner 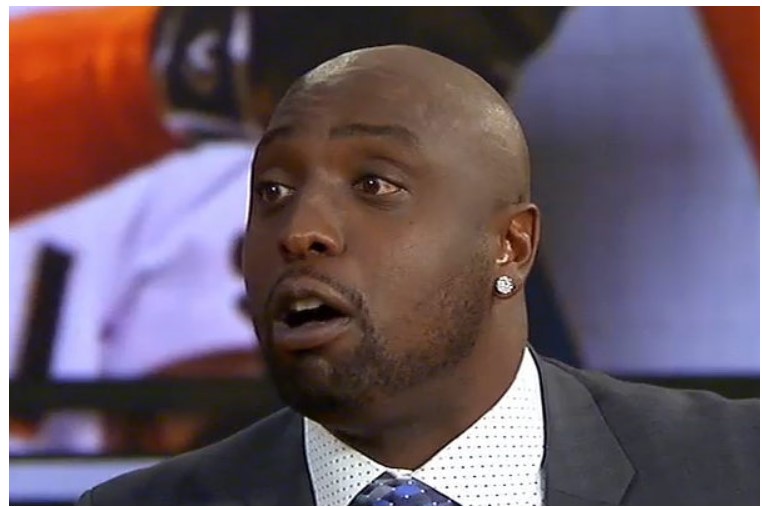 Times have really changed.  It used to be that sports broadcasting was supposed to be informational.  For LA Dodger fans, LA Lakers fans, LA Kings fans, and USC Trojans fans, beginning in the 50’s with Vin Scully, we have been blessed.  Along with the immortal Vin Scully, Chick Hearn (Lakers), Tom Kelly (USC), Dick Enberg (Angels) and Bob Miller (LA Kings) are all Rembrandts at painting a pictures with words.  I cannot imagine having a lineup of this level of HOF broadcasters in one venue all about the same time.

Of course legends move on, and adaptations must be accepted or at least acknowledged.  Joe Davis, who himself is headed to the Broadcaster HOF, is now the Los Angeles Dodgers announcer.  Pete Arbogast (yet another HOF broadcaster) is the voice of USC.  I have no clue as to who the Lakers or Kings announcers are, but I know they are not at the level of Chick or Bob Miller.

I grew up with Vin Scully.  His first partner in LA was the illustrious Jerry “Doggone That” Doggett.  Doggett was the perfect side cast for Vin.  Did he mis-speak at times?  Of course.  But he was the beloved Jerry Doggett.  The human trivia king, Ross Porter, Big D – Don Drysdale, and Rick Monday followed.  I know some might include Charlie Steiner, but I do not really know how often Charlie partnered with Scully.  All knew how to work with Vin…stay out of his way.  Because he is too much of a gentleman, that would not be how Scully would say it.  But they all knew the genius of Scully was at its best when he was in control.

Chick Hearn had “Hot” Rod Hundley, Pat Riley, Keith Erickson, Dick Schad, Lynn Shackelford and Stu Lantz.  Hundley went on to become the first broadcaster of the New Orleans Jazz.  He moved with the team to Utah where he became a household name of his own in basketball broadcasts.  He was inducted into the Utah Broadcast Hall of Fame.  Of course all Laker fans know what happened to Pat Riley.  But how many remember that it was Chick Hearn who pushed Riley to become Paul Westhead’s assistant.  He would then assume the head coaching spot for the Lakers and go on to win 4 NBA crowns with the Lakers.  He was the original architect of Showtime led by Magic and Kareem.

Pat Riley the BROADCASTER with the great Chick Hearn (on espn @30for30 right now). pic.twitter.com/UDsseSQXOi

After leaving the Angels, Enberg continued his HOF career as an NBC, CBS, and ESPN broadcaster, where he is more widely known and remembered.  At the end of his career, he was the primary play by play announcer for the Padres.  However as a LAD fan, I never really listened to Angels broadcasts, so I have no memory as to who his Angels broadcast partners were, nor anyone with the Padres.

TV broadcasts are now more concerned about the commercial appeal of the broadcast than the informational appeal.  Thus we have 3 and sometimes 4 broadcasters for any broadcast.  It is a show within the show.

Joe Davis had the unenviable task of following Vin Scully, but is engineering his own path, and doing so very well.  He is not trying to replace or emulate Vin Scully, but to give a professional play by play call of a game as Joe Davis.

Joe’s early and primary TV broadcast partner has been Orel Hershiser. I know I am in the minority but I have zero issues or concerns with Hershiser.  Can he be buffoonish at times?  Can’t we all?  But he works well in tandem with Davis, and that is his job.  His pitching notes are well received by me.  Will I miss him when he retires from the booth?  Not really.  But I am certainly not in favor of  accelerating his departure.

This year, the Dodgers are introducing a trio of broadcast partners with on-air interviews for Orel’s job as he considers stepping away.  Orel is doing the home broadcasts while Eric Karros, Jessica Mendoza, and Dontrelle Willis have all appeared with Joe Davis on the away games. 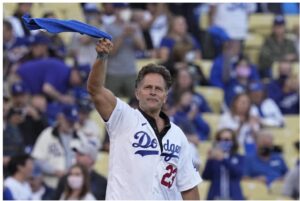 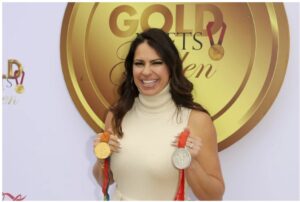 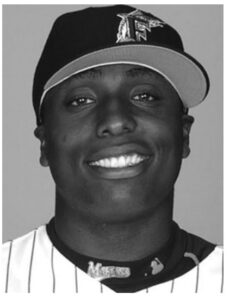 This week, Dontrelle is the first to get a repeat assignment as Davis’ broadcast partner.  EK was a little dry and humorless for me.  He had good informational takes, and could describe what was happening well (again for me).  Jessica Mendoza was just as informational but had more personality.  But she did not seem to have the chemistry with Joe Davis as does Orel.

Now we have Dontrelle, AKA D-Train.  My clearest memory of Dontrelle was as a dominating pitcher with the Florida Marlins and his hat perched more to the side of his head.  He is also remembered for his high leg kick who he emulated from his idol Vida Blue while growing up in Oakland.  He won ROY in 2003 and was a WS Champion the same year.  He would be second in CY voting in 2005 to be bested only by the Cardinals’ Chris Carpenter.

I immediately took notice of D-Train in his first broadcast.  He was fun.  He was someone I would love to just sit down and talk baseball with.  I would find myself just breaking out in laughter with his style.  Of course there were little mannerisms that I did not take to, but overall, Dontrelle Willis was a hit for me. From his “Get that foot down, big fella” to “the other guys drive expensive cars too”, he has a start on some classic colloquialisms.  I love the “wooper-dooper” for the curve. Jack In The Box just needs to put him on their payroll.   D-Train is just FUN.  But he is also knowledgeable, and can relate the information to us listeners in a way that is not too dry or “textbookish”.  More importantly he appears to have a fantastic rapport and chemistry with Joe Davis.

With no disrespect whatsoever to EK or Jessica, just call me a Wooper-Dooper fan of Dontrelle Willis. 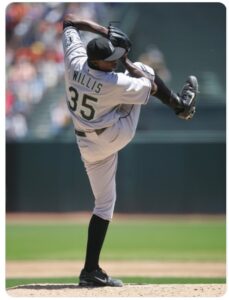 I am in Monterey this week (to Friday) for our 48th Wedding Anniversary. I have some posts, like this one, that are not based on the game of the day that will be published Feel free to comment on that day’s game or comment on the posts’ subject.

In addition, with Harold on the IL, I am not going to be giving a MiLB Summary until probably Saturday (from Friday’s games).

The Dodgers have now won 8 of 10. It is getting clear that the NL West and maybe NL will be a 2-team battle. It does not appear that it will be the Giants in 2022, but instead it looks to be the San Diego Padres. The Dodgers are .5 game up on San Diego and 6.0 up on SFG.

Tyler Anderson had a spectacular 8.0 IP. It was a shame the team lost the shutout, but the win is far more important. Tuesday’s matchup is Walker Buehler vs former LAD prospect JoJo Gray.

Freddie is back hitting again, and look out…Mookie has a .909 OPS. Freddie’s power is still a bit MIA, but he is getting closer. He just missed in Monday’s game. Trea Turner has a 15 game hitting streak, and his BA is back up to .289. Gavin Lux had two more hits to LF.

Things are looking very positive for the Dodgers.

Shane Greene has elected free agency rather than to return to OKC.

I find the D-Train very refreshing but…I’d like to see how Joe Davis does as a solo act every once in a while.

Agree on a solo Joe. D-Train, like all the others needs to add color here and there and not see themselves as co-announcers. Give Joe more space, please.

I don’t think D-Train thinks of himself as a co-announcer. I think he considers Joe his sidekick.

I’m not totally thrilled with any of the three new folks but if I had to pick one, I guess it would be Dontrelle. I just think they all suffer from thinking there can’t be any moments of silence in the broadcast, so when Joe takes a breath all three of them seem to think they need to fill the air space with their words.

To me, Nomar is the best blend of good information coupled with not overwhelming the airwaves.

I prefer Orel if anybody.

I am not a fan of Joe Davis. He sounds to me like a very generic baseball play-by-play guy. I couldn’t tell the difference between Davis and several of the others used by other teams or on national broadcasts.

I personally don’t think that Orel is too bad. His analysis of both pitching and hitting is often spot on.

I am not a fan of Charlie Steiner’s (I hate the way he rounds off statistics) – Monday is OK.

None of these are worthy successors of Vin Scully.

(Of Vin’s co-pilots, I liked Jerry Doggett the best.)

Joe hasn’t been given the opportunity to solo in the booth like Vin. Harder to do more than call the action if somebody is cutting him off before he can do more.

I’m ok with Joe, but what I don’t like is the play by play crew acting like they are part of the show. Joe can take a cue from Vin’s work, and that is simply do your homework on the players, any and all stories are about them. Dontrelle does add some personality but a lot less would be plenty.

We are all spoiled. We grew up with the best there ever was. Vin casts a huge shadow. Nobody will ever do it as well as he did.

Jeff – Happy Anniversary! I’m out from under the trial obligations I’ve had for the past two weeks. I’ll try to get the game summaries and MILB summaries for you starting tomorrow.