When Is It Enough Time To Make Changes? 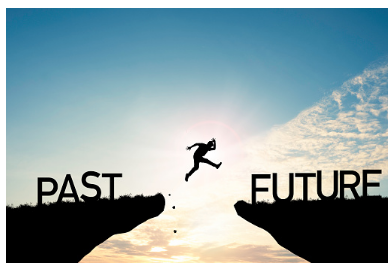 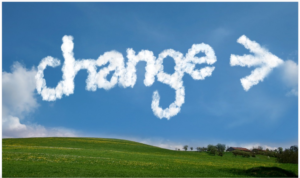 Some fans look at the first week of games and declare a veteran player to be through or prospect a bust.  I do not know how many times the majority of LAD fans wrote off Gavin Lux as a bust.  The same player who was MiLB Player of the Year in 2019 is a bust, but prospects like Michael Busch and Miguel Vargas are can’t miss prospects even though are not producing at the same level as did a younger Gavin Lux. Such is the makeup of armchair GMs who only review Baseball-Reference stats to determine which prospects are the next LAD HOF.  I can’t count the number of Dodger fans who swear Miguel Vargas is the next Adrian Beltre, even though they have never seen him play.  And when they inevitably hit a slump, they will be dumped for the next A+ or AA prospect.

The same is true for veterans. How many fans have pushed Cody Bellinger to becoming a non-tender candidate?  After last year and the first month of 2022, how many insisted that Mookie is no longer a superstar?  Is Max Muncy done?  Is JT too old?  How many told us that Clayton Kershaw was done and was going to retire rather than sign a new contract?

We got a smaller dose of that thought process after Ryan Pepiot’s debut.  Most of the journalists who wrote about his debut were complimentary.  It was the “fan in the comment section” who has labeled him a bust because of his wildness.  Many of these so-called expert fans gave Julio Urias the same bust moniker until the 2020 postseason.

Fickle fans are fantastic for blogs, but they make horrible baseball executives.  Dissenting views keep blogs lively, but we fans will never know how dissensions are handled in MLB Boardrooms.  Who has the influence to keep Belli and Max in the starting lineup?  We know there are many who do not believe that Dave Roberts makes any decisions.  By the way, I am not one of those.  I do believe he is given a boat load of data, and with discussions with Andrew Friedman, Brandon Gomes, Josh Byrnes, Jeffrey Kingston, and the computer nerds, strategies are drawn up.

But back to the question as to when will there be enough data on Cody Bellinger, Max Muncy, Justin Turner…?  Stats below are before Thursday’s game.

I have read that a player needs at least 100 PA before he is acclimated for the year.  That is just about 20% of a season PA.  We are at that point in 2022.  Are there any conclusions that can be drawn?  Certainly not conclusions…but trends?

If you look at Max’s Advanced Batting Statistics,  you can see that the only area that Max is improving is BB rate.  If you believe that an increase to 22% BB rate for a cleanup hitter is good, when everything else is down.  Somebody needs to provide evidence that Max is not going up looking to walk rather than attack.  If it is considered valuable to have a 22% BB rate hitter, I would guess that it would not be in the #4/#5 hole; unless you are Barry Bonds.  Bryce Harper and Aaron Judge are both < 10%.  Mike Trout and Juan Soto are approximately 17%.  No significant middle of the order hitter has a 20% or greater BB rate.

It is highly unlikely we are ever going to see the 2019 Cody Bellinger again. But with his defense, I would settle for the 2020 version.  However, he is not approaching that level.  I know I read that some fans would wait until May to be concerned.  I assume those same people are now saying they are waiting until June.  If by June 1 ( in 20 games), he is not resembling the hitter he was at least in 2020, do you move him to the bench and bring up Pillar?  Even I do not believe that James Outman is anywhere close to becoming an everyday ML CF.  Thus, really it is Belli or Pillar.  When do you pull the trigger?

At the age of 36, JT had the second most PA of his career in 2021, and he had a very good year.  Did he play too much in 2021?  Did the delayed start to ST in 2022 hold him back?  Or is Father Time catching up and surpassing him?  More than the other two, JT is an integral part of the clubhouse demeanor.  He is the unwritten captain of the team.  But is he also replacing Chase Utley as “Dad”?

Since the Dodgers are 20-9 and are on pace for a 111-win season, there doesn’t seem to be an imminent problem…except that Max and JT are blocking Edwin Rios at 3B and DH.  How much more time should Rios get in the lineup?  Should he get 250 PA? That would take away from Max and JT.  If it were not for Rios, the Dodgers likely could have been shutout twice by Pittsburgh. He had the only RBIs in Games 1 and 3.

The fun thing about a blog is that these questions can be (and usually are) definitively answered by fans.  But in the real-world, roster and lineup decisions are more difficult to assess.  I do not know the answer as to when I would give Max Muncy to produce or sit.  We do know that he has been a 30+ HR producer for the last several years.  I do know that his numbers are not ML caliber for the first 30 games.  But it is a 162-game season.

If you were advising the Dodger decision makers, how long are you willing to wait for Max, JT, and Belli to produce before you would make changes?  And what are those minimum metrics needed to stay status quo?