Where Has All The Offense Gone? 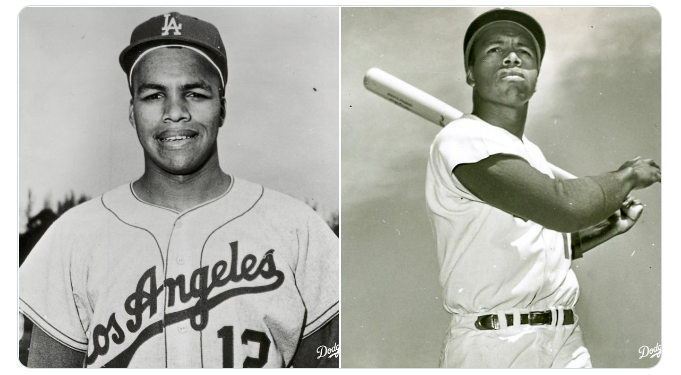 I know that many have focused on the reduced spin rate due to lack of “sticky” substance as a correlating reduction in the pitcher’s effectiveness.  The idea was to inject more offense into the game.  And yet it is the pitching that seems to be improving and out-performing the offense in 2022.

Clearly the pitchers have not been negatively impacted due to the loss of the “sticky” substance on the baseballs.  Perhaps the baseball humidor effect has been a counterpoint to the crackdown on the sticky substance.  People with bigger brains and bigger computers can analyze the impact of both occurrences.  But in the interim, I thought it might be interesting to look at some trends in 2022.  Well at least it was for me.

I focused on two components: Batters’ HR, and batters’ batting average.  I used the MLB totals published by Baseball Almanac as my source.

Then the HR totals started to escalate:

Most fans recognize that 2019 was the year of the juiced ball and many of those balls lagged over into 2020.  I have no idea why this was a problem (except to pitchers and to pitchers’ family).  But to the minions in the MLB offices, something had to be done.  There can be no HR excitement.

My observations – MLB broke the 5,000 HR barrier for the first time in 1998; the recognized rampant steroid use era.  From 1998 up to 2007, steroid usage was “admonished”, but not severely punished.  40+ HR guys were handsomely rewarded with large contracts.  Missing 10 games was not much of a deterrent.

It sure seems that the crackdown on PEDs during this era may have impacted the HR totals.  I do not think that it is a coincidence that HR totals were up during a recognized peak of PED usage, with a significant decrease once PED testing and punishment for usage became random and routine.

So what happened in 2016?  Isn’t this the acknowledged genesis of the new launch angle and exit velocity pattern?  Isn’t it the beginning of the three outcome “rule” of batting: HR, K, BB?  Computer nerds were advising us that strikeouts are not important.  Getting thrown out on a SB attempt was far worse.  Sacrifice bunts?  You just want to give outs away?  But strikeouts…you did not hit into a DP did you?

HRs were emphasized as a key factor in run production leading to wins.  Bat to ball skills were deemphasized while power was the desire.  We have heard that Dodger scouts are encouraged to look for power arms and power bats, because that is who they will be drafting.  So the HR emphasis has gone down to the high school and lower levels.  Hitting the ball over the fence has always been special.  I know my son did it a lot of times in college and his MiLB career.  But to deemphasize bat to ball skills?

Gavin Lux was always a bat to ball skills guy, but he wasn’t pushed until he generated his HR power production. In 2018, Lux hit double digit HRs for the first time (15).  And then in 2019, he exploded with 26 and became a phenom; #1 MiLB Player of the Year.

That swing did not translate well for Gavin at the MLB level, and he struggled until this year.  He went back to his roots and began to drive the ball to all fields and to use his speed to beat out infield hits, and leg singles into doubles.  His HRs are almost non-existent, but he is having his best year in MLB.  Will he get the big contract when it is his time?  Unlikely that he will get the contracts of Francisco Lindor, Carlos Correa, Corey Seager, Marcus Semien, Trevor Story, Javy Baez.  He may have similar or even better BA and OBP, but that SLG component that drives OPS, that drives $$$, will be missing.

Since records in MLB were recorded (1876), MLB seasonal batting average have gone through multiple eras, but the current trend is dismal (my word). 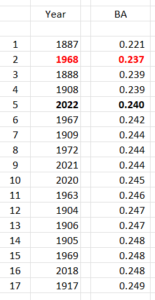 And the elimination of the sticky stuff was necessary to increase the offense?

This also coincides with the increase in strikeouts the first time 40,000 Ks were exceeded was 2017.  They have stayed above that level every year since (actual or projected based on partial year).  Even 2022 is expected to have a strikeout total of greater than 40,000.

HRs are down in 2022.  Batting averages are at their lowest since 1968.  Strikeouts are still projected to exceed 40,000.  And yet the most important factor for MLB executives is to continue to monitor the sticky stuff and to keep the baseballs in the humidors.

I will let the nerds continue to “study” the best outcomes to win baseball games, but you cannot convince me that it is a more enjoyable game.  We Dodger fans are spoiled.  Thus we continue to watch games and follow our favorite team.  But how do those fans in Oakland, Miami, Cincinnati, Pittsburgh, Baltimore, Detroit, and KC keep their interest level high?  We know it is not in the excitement of the team, but there is also no excitement in the game.

Emphasizing HRs are not a bad thing, as long as it is not to the neglect of all other offensive skills: 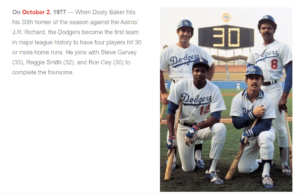 Draw your own conclusions.

Andrew Heaney could rejoin the Dodgers as soon as Sunday, Dave Roberts said. Will make a rehab start with Tulsa on Tuesday.

I don’t define 13 hits and 3 walks as an offensive problem. Maybe because 11 of the hits were singles resulted in a lack of runs but then that argues against the need to not seek the home run.

Four bases loaded opportunities late in the game and all that was needed was a walk to score a run and the hitters swung at ball four several times. Granted there was some nasty stuff being thrown.

I’ve heard all year “the Dodgers don’t chase” and all year I’ve seen them do it.

That’s probably more proprietary or $$$ data, beyond my access or means

What is available is:

Like I said, I keep hearing the Dodgers don’t chase, and I keep seeing them do it. Like last night in some crucial situations.

My point, which i can’t tell if you garnered, is they chase the least of any team in MLB.

I agree though, we could always be expecting the perfect.

But as I like to remind myself, the perfect is the enemy of the good.

I already knew they were among lead leaders in that stat, but they still chase way too often. Did it again today. If it’s close and there are two strikes, ok, I get that. But how many times do you see them waving at something 6” off the plate? Barnes did it, Mookie did it, Taylor did it. Bellinger does it a few times a day. A lot of it done with runners in scoring position. Maddening.

Fair enough, point taken. How about I found that brand of offense…offensive.﻿😀﻿

Theo Epstein regularly cites a fan survey that found fans find: doubles, triples and stolen bases as the baseball plays they enjoy most.

they are also, the three actions that modern baseball has the least use for.

I do not doubt that the fans find anything with running for an extra base to be exciting. I am not sure that I would include doubles and triples as actions that modern baseball has the least use for. But I have no basis for that argument. The current three outcome approach…HR, BB, K may in fact lead to more wins (or at least that is what the nerds tell us), but I agree it is not entertaining.

Just relaying what the great Theo says. I have no interest in investigating.

Baseball has always been a game for statistics. Fans want to cheer a player on to reach 30+ home runs, a .300 BA, 100 RBI. Those are the numbers that are compared to past top level players.

Change the ball, change the height of the pitcher’s mound, add humidors, etc. and we begin to lose historical comparative statistics.

However, I am comfortable with change but any change should add to the excitement of the game. I have been watching the NBA finals and it is non stop action. I switch over to baseball and it is slow paced. That is fine when at a game. On TV, not so much.

Or we can play with the ball, review plays where a player may have come off the bag for a tenth of a second, and kill rallies with an umpire calling a ball well outside the strike zone a strike that happened several times last night.

I know this doesn’t fit the definition of a strike but when ABS is finally used I would like to find a way for a strike to be like a goal in soccer. If the soccer ball hits the goal post and bounces inside it is a goal and if it bounces away from the goal it isn’t a goal. One way or the other it has to go inside the goal. So should strikes. Half the ball has to be over the plate. Half off is just as much off as it is on. Give it to the hitter and not the pitcher.

But what is the defined strike zone? We all know the supposed definition but MLB can tweak the edges however they see fit once an ABS system is put in place.

The strike zone is defined in the rule book. The vertical edges are easy to see. The front knee is easy to see. The upper edge may be a little more difficult for computers to define, but it’s possible. One thing is for sure, the computers can be more accurate than what we’ve seen from these guys.

Watching some of these Major League hitters try to bunt is laughable. One guy got hit on his hand and Muncy, who should be bunting every game, turned around to bunt then took a strike right down the middle. What a joke.

The Dodgers appear to be a streaky team. Hopefully they will be streaking up in September/October.

Somebody needs to talk about the winning run possibly scoring on a dead ball. The explanation was ludicrous, the 20 second period for asking for a review had passed. Really? Lame excuse. Never should a run score on a dead ball. Get it right dammit.

MLB has been playing around with the baseball over the past couple of years. To what benefit? Pitchers complain about the feel of the ball. Players claim that within a given game the baseballs are different; some with higher seams than others. Why can’t the ball be consistently manufactured within an acceptable tolerance? Why not manufacture a ball along the lines of those used in previous eras? Why the need for a humidor? If the goal was to reduce home runs they succeeded. However, as a byproduct they reduced everything else at the same time.

Its never good to make multiple changes to things at the same time. By doing so you can’t tell what actually is causing the results you are seeing. Using humidors and changing the ball are most likely leading to more of a reduction in hits then if only one of the two was in place.