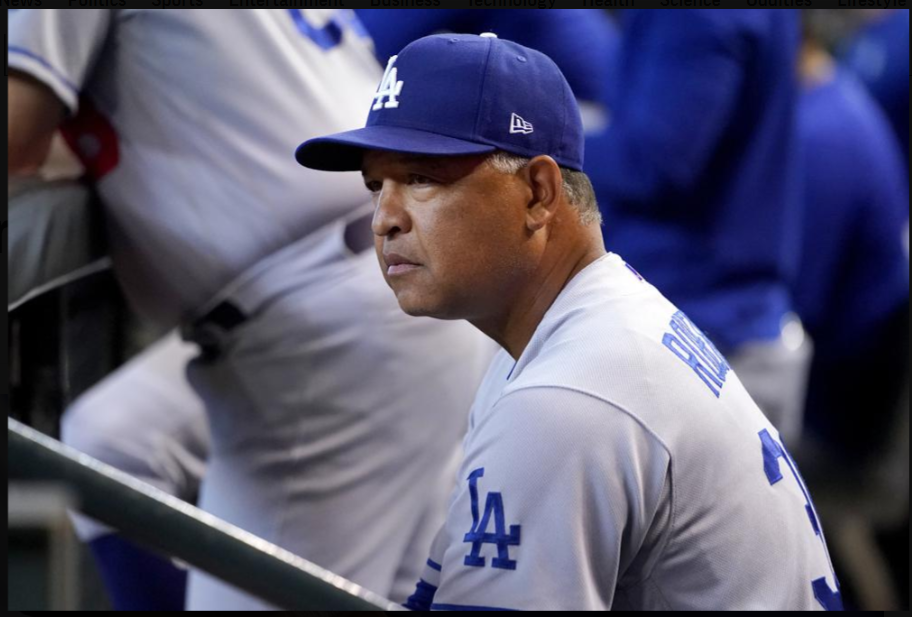 0-19.  That is where the Dodgers are for the last 19 times they had runners in scoring position.  On Friday they were 0-9, although they did get a ONE sac fly.

Yency Almonte and Tommy Kahnle proved their mettle again.  Yency is putting his name out front and center for the 2023 closer.  Kahnle seems like a prime candidate to be re-signed.

Alex Vesia got the LHH’s out, but walked the RHH’s.  However, with 2 runners on and Manny Machado coming up, Doc went to Evan Phillips.  Phillips struck out Machado to end the threat and keep the score within reason.

Phillips got the side retired in order in the 7th, with a strikeout and two ground ball outs.

Hindsight is always 20-20, but I thought that Tyler Anderson had a better chance to go deep into the game. Watching Tony Gonsolin sputter out there, reminds many of us that wouldn’t it have been terrific if the Dodgers traded for Luis Castillo.  No Castillo okay, but the Dodgers are sending out a pitcher who was hurt with a forearm strain the last month plus of the season.

One can argue the depth of the Dodgers pitching, and that is helpful during the 162 game season.  But the playoffs?  I admit I had my hopes up, but I am not paid to make these kind of decisions.

Saturday, the Dodgers will run out Tyler Anderson against Joe Musgrove who is coming off one of the best pitched games in postseason history.  The Dodgers need to win on Saturday and then throw Julio Urías in Dodger Stadium on Sunday to advance.  If not,…well you know.

Joey Gallo and Miguel Vargas have not played.

Catman wasn’t ready. I didn’t think he was. But pitching didn’t lose this one.

What can Roberts do? Nothing. Managers don’t win games, players do. Things like this can and do happen in a short series.

Time to wake up Blue.

I think he was physically ready to throw 70 pitches and the adrenalin messed with his control.

That paragraph is less a criticism of who has played in the playoffs and more of a question of how players were used in the regular season.

A solo homerun was the difference in this game. Both teams tossed good games in the clutch. Hader was nasty, especially against Taylor with a surprise changeup nobody was expecting.

The steal, the bunt, the hit and run are tools that need to be deployed in the regular season even if they are not statistically justified just so when the playoffs come and runs are more difficult to comeby, they are not strangers to the offence.

I liked Vargas getting a feel for the playoffs but wonder if the dugout couldn’t have used someone to relax the team.

That said, with regard to your first sentence, he never seems to be able to get his adrenalin under control in a big game (playoff or All Star) and that usually leads to performances like the one we saw last night.

I hope that time will eventually help him conquer that problem or he’ll never have the career his skills should otherwise lead him to.

In Gonsolin’s three previous years he pitched 40, 46, and 55 innings. He pitched 130 this year. He has had injuries. This was a breakout year for him. I don’t feel his post-season history is reflective of who he has become this year.

While I agree with this take in principle, Gonsolin’s issue was predictable. In my opinion he should have had a vacation after 100 innings. I felt the same way about Urias, though I didn’t want him going over 150. He’s up to 180 now. The Dodgers have no horses in the starting rotation at this point. The best pitchers are 5 inning guys.

Winning 111 games and coasting the last month to the division championship and the 5 day lay off has been a curse.

im not sure it’s the layoff. To me this is the MLB playoffs prone to variance and a total crapshoot.

What good was Trea’s single to lead off the 8th if he didn’t even attempt to steal 2nd? Down one run against a surprisingly excellent Padres bullpen; not sure if it was Trea’s decision or Doc’s but it made no sense. You need to be aggressive in that spot.

You mean like Boston/Roberts against the Yankees in the Playoffs a few years back when everyone knew Roberts was going to steal? Rumor has it that Roberts still doesn’t have to pay for his drinks in Boston.

Certainly not more expensive than what?

Pre-playoff? How would we know?

Even if we could, he’s hit 2 homers. Showed his speed. Do you think his defensives plays are going to be a downward force on his contract? Seager wasn’t too impaired.

He’s going to cost a lot. A shit-ton.

Agreed, we don’t have a benchmark to compare what he might have received based on his stats prior to mid-September and what he might get now. Either way he will get paid, a lot. With that, I predict he will get less than Seager or Lindor received and what Correra will get.

Looks to me like the top of the lineup has a great shot at getting to him.

Anybody watching the Braves Phillies? MLB just has to engage the ABS system and soon. These umps are ruining at bats.

The umpiring has been embarrassing and frustrating.

They said umpiring cost the Dodgers .82 of a run last night.

If you believe that, it almost makes your point.

And I was able to subtract .19 runs from SD.

Roberts probably can’t do much, but I think it may be time for a new voice in the dugout.

Watching the 6th inning of the Phillies/Braves game.

Maybe a hit batter (not overturned on replay)
A flare hit. A soft-grounder. A broken bat.

Not a single hit, I believe, over 80mph exit velocity.

OK, Bluto. You get your wish for a new voice in the dugout.

Give me your top 3 choices.

I don’t know anything.

Do we have to wait until after the WS to make the announcement?

I think my vote still goes to the Grey Fox, Mr. Utley.

I think there’s zero chance Utley would want the job.

OK Fred, I’ll bite.
Why Andrea Bocelli? Oh wait a minute, a new voice. Now I get it.
Good choice, if we’re looking for voices, he’s got one of the best.
But that might not be fair to Doc. Have you ever heard him sing?

“A new voice in the dugout”? As in a new manager? I bet there is zero chance of that.

Though it may feel like it, this series isn’t over. I look for an awakening tonight.