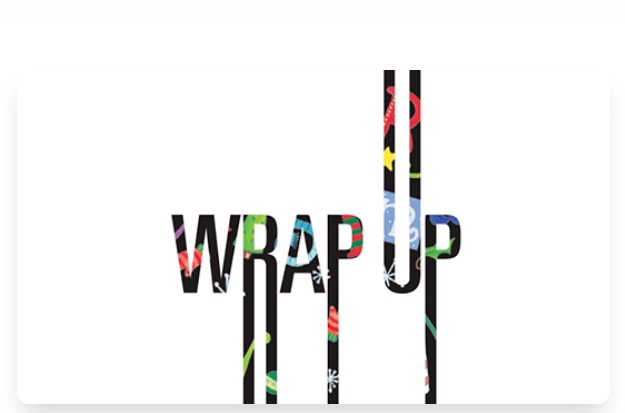 The Dodgers scored three runs in the 6th and 7th to earn the come from behind victory.

Robbie Erlin started and was not very effective.  He pitched 4.0 innings and allowed 4 runs.  The big blow came in the 4th on a 3-run HR (2) from Nash Knight.  The HR put the Express up 4-3.  Yadier Álvarez who has been pitching well this year had a rough 1.1 IP.  He gave up 1 run on a hit and 3 walks.  This was the first game he surrendered a run after five scoreless outings (6.2 IP).  Let’s see how he recovers from this one.  The Dodgers may get some return out of that $32MM investment.

Justin Bruihl, Justin Hagenman and Carson Fulmer finished the final 3.2 innings in scoreless fashion, with minimal traffic.  Bruihl got the win with Fulmer getting his 6th save.

In the first, Drew Avans led off with a single. With one out, Jake Lamb walked, and with 2 out, Jason Martin singled home Avans.  In the 2nd, Omar Estevez had a one out single followed by a Drew Avans BB.  Miguel Vargas doubled home Estevez with Avans winding up at 3rd.  Avans scored on a Jake Lamb sac fly, giving the Dodgers a brief 3-1 lead.

In the 6th, three walks and a fielder’s choice ground out brought the Dodgers within 1.  In the 7th, Jake Lamb singled, and Michael Busch hit his 6th OKC HR (17th on the season).  The HR put OKC in front with the final score of 6-5.

Q: Who leads all @Dodgers Minor Leaguers in homers?
A: Michael Busch, of course!

That's roundtripper No. 17 this year for L.A.'s third-ranked prospect, which put the @okc_dodgers ahead: pic.twitter.com/jn4azXBBMW

I am not sure what to make of the limited number of pitches with Clayton Beeter.  He pitched 4.0 scoreless innings, allowing 3 hits, with 1 walk, and 6 strikeouts.  But he only threw 57 pitches/39 strikes.  He matched his season high in IP with 4.0, which he has now accomplished three times. He is considered a pitcher with HUUUUGE reliever risk.  Are the Dodgers sending any signals?  While not dominant, he was never in any real trouble.

Alec Gamboa relieved Beeter in the 5th.  A walk, single, WP, and ground out gave the RockHounds their sole run of the game.  Gamboa pitched a scoreless 6th, but not without another wild pitch.

Jordan Leasure, Jose Adames, and Nick Robertson pitched a scoreless inning each.  Robertson was particularly effective with striking out the side in order on 12 pitches.  This is more of the Nick Robertson that many of us expected all year.  I hope this is the beginning of a solid second half.

In the 3rd inning, Devin Mann led off with a ground rule double, and scored on a Ryan Ward triple.  Ward scored on a Carson Taylor single for a 2-0 lead.

After Midland cut the lead to 2-1, the Drillers scored 2 more in the 7th.  James Outman singled and Ryan Ward walked.  Hunter Feduccia drove both runs in on a double.

I am a sucker for a well-pitched game, especially in the LAD organization  I am going with Clayton Beeter.

Kyle Hurt and Lael Lockhart piggybacked in this A+ League game.  Hurt went the first four.  He allowed 2 runs (1 earned) on 4 hits and 3 walks.  He struck out. 4.  In the third, Hurt allowed a one out single.  He proceeded to throw a pickoff attempt away and the runner took second, and scored on a single.  In the 4th, a double and run scoring single made the score 2-0 after 4.

In the 5th, Lael Lockhart relieved Hurt, and finished the game.  He threw 4.0 innings.  Three singles in the 7th scored the third run.  Lockhart surrendered 6 hits, and 1 walk.  He also struck out 4.

Jorbit Vivas, Alex De Jesús, Ismael Alcantara each had one single, while Sauryn Lao had a double. Not a very productive offense on this day.

This might have been a post clinching blues game for the Loons.  Yeah, we will go with that.

RHP Huei-Sheng Lin had a very forgettable outing.  In 2.2 IP, he gave up 7 runs on 7 hits, 2 HRs, 2 BB, and 2 strikeouts.  Adolfo Ramirez relieved Lin with 2 outs in the third and 2 runners on, and got the final out.  He also pitched a scoreless 4th and 5th inning, but got torched in the 4th.  He allowed 3 singles, a walk, and 3 stolen bases, before being relieved by Kelvin Bautista.  After a sac fly, he gave up a 2-run HR.

In the 7th, with one out, Kelvin Bautista walked two batters.  Madison Jeffrey came in to relieve Bautista.  The Storm pulled off a double steal, and when catcher Nelson Quiroz had a throwing error, the Storm scored an unearned run.  Jeffrey pitched a scoreless 8th.

With the score 7-3, and two out, the Quakes put together three singles for a run, and a Hector Martinez doubled home 2. The Quakes were back in it until the Storm scored 5 in the bottom of the 6th.

In the 8th, the Quakes drew a bit closer.  Nelson Quiroz and Luis Rodriguez walked.  Kenneth Betancourt singled to load the bases.  Hector Martinez reached on a fielding error with Quiroz scoring.  Austin Gauthier singled to score Rodriguez, and the bases remained loaded as the inning ended.

Kenneth Betancourt with 3 hits and 4 RBIs gets the nod.

Freddie, Trayce, and the Bullpen Lead The Dodgers
Is It A Day or A Turning Point
wpDiscuz
0
0
Would love your thoughts, please comment.x
()
x
| Reply