Dodgers vs Reds – Game 1 and All Star Vote Update 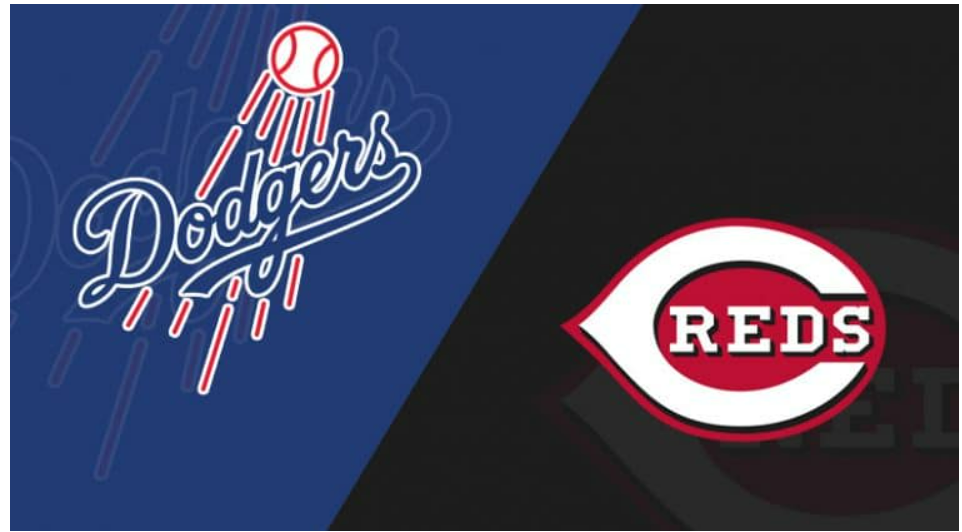 The Dodgers will be facing the top three from the Reds: Tyler Mahle, Luis Castillo, and Hunter Greene.  The Dodgers were countering with arguably their top three: Tony Gonsolin, Tyler Anderson, and Clayton Kershaw.

With 61 pitches thrown in 3.0 innings, it was looking less likely that Gonsolin would get his 7th consecutive quality start.  As it turns out he got thru 5.0 innings and threw 87 pitches.  While not a quality start, he was in a position for the win.

And while this my not have been his best command in a game, he was still good enough to get19 swing and misses.

Not as efficient, but extremely effective.

There has not been a lot of positive ink written about the LAD bullpen, but tonight, the bullpen was brilliant.  Four LAD pitchers pitched an inning each.  Combined they allowed no runs and 2 hits.  They did not issue one walk, and had five K’s.

All four pitchers were very efficient, and all four should be in a position to come back in game 2.

What is eye opening for me was that the five hardest thrown pitches (all > 100mph) were thrown by Brusdar Graterol, but not one whiff.  His fastball is hard but with little movement, and his secondary is getting no swing and miss.  For Bazooka to get more high leverage spots, he is going to need to increase his swing and miss pitches.

The Dodgers were entering the Reds series against their top three pitchers, with offensive struggles that have been well chronicled.  Going into Tuesday’s game, for the month of June, the Dodgers were batting as a team: .234/.299/.385/.684 – 11th, 13th, 10th, and 11th in the National League, respectively.  The Dodgers were last in the NL in runs scored in the month of June with 56. For comparison, the Padres were #1 with 119.

Much has been written in the LAD apparent inability to manufacture runs.  No sacrifice bunts all year, and one sacrifice fly in June.

To open the 3rd inning, Justin Turner doubled off the top of the fence. Eddy Alvarez got the LAD 1st sac bunt of the year.  And a Gavin Lux sac fly gets the run home.  They turned the page, and got a run.

The three most scrutinized LAD batters have been Max Muncy 1-5 (infield single against the shift), Cody Bellinger 0-5, and JT 2-4 (a booming double off the top of the wall).

Hopefully, the Reds will be the beginning of the Dodgers getting back to being an offensive juggernaut.  It wasn’t perfect, but 17 hits, a big night for the first three batters in the lineup, a good night for JT, a continuing strong June for Gavin Lux, is a good start.

Lux is the present and the future. #Dodgers

Gavin Lux has the 8th highest batting average in the majors on the road (.333)

Speaking of All Star voting. 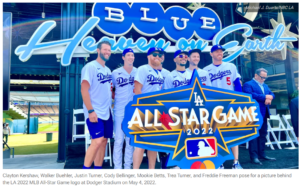 Next up – Tyler Anderson

Muncy should not even be in the starting lineup. He should be at AAA learning to hit again. Bellinger at least makes up for some of his offensive deficiencies with solid defense. Mookie needs a flak vest. Romero? Who in the hell does Andrew think he is kidding adding two weak hitting outfielders with occasional power? Thompson has been very good in AAA this season, but has proven bupkis at the major league level. Romero last played in the majors six years ago. Cmon Friedman, get a real hitter here.

Right or wrong, Friedman wants a RH bat on the roster. There is no reason that Romero should be recalled over Jason Martin or Jake Lamb. The only reason is that he is RH. This nonsense about R-L matchups is hurting the construction of the best possible lineup the team can put out there (IMHO). Thompson does not bother me, Romero over Martin and Lamb does. It’s for three days (2 Cincinnati and 1 Atlanta) so that is a plus.

Romero will be dfa in 2-3 days when Alberto returns. Much easier than trying to decide what to do with Lamb or Martin at that point.

I agree, but at some point before the trade deadline, it sure would be nice to see what those two can do at the ML level

This feels forced. And I don’t see it working.

So, what to do? If it were me, yeah Bluto, with me running things we’re in last place already, I stay in house, go with the experienced hitter and leave him in there with all the guys we don’t have to platoon. That experienced hitter now would appear to be Lamb since Pillar isn’t available. However, McKinstry was brought up. Put him in there.

Maybe if left alone Alvarez figures it out, but Eddy is not a rookie. He’s 32 and was up and down with Miami already. At this point why go outside the organization? Maybe give Outman a look. At least he can play defense. We brought up AA pitching, why not give the kid a look? I’d rather do that than what Friedman is doing.

This team is likely to go nowhere without Muncy, Bellinger and Turner, and there’s time for all of them to get their mojo back. We need the pitching to keep us close until all this work’s itself out.

I agree with you on the inane logic of the R-L matchup. However, the people that make the decisions believe that it is important. Maybe they can show us those algorithm charts justifying the tactic.

Outman is on the 40 man. I am more than OK with giving him a shot. We know he is an excellent defender. Not in the Belli/Mookie class, but excellent nonetheless. Can he possibly do worse than Muncy with the bat? I cannot see how. Outman is faster and is just as capable of getting an excuse swing infield single. Maybe he is even willing to bunt away from the shift. He has the power.

It is time to do something outside the box.

I get it. still do not agree with the way they are constructing the lineup right now. That L-R crap is old. Players should learn to hit pitchers from either side.

It’s not about the hitters its about the opposing relievers.

What are 189,643 people thinking (Muncy for DH all star). I like Muncy. Hope he turns things around. But voted for an all star position?

Over eager Dodger fans who vote max times every day to get a Dodger voted on. Right now, it would appear that only Trea Turner and Mookie will be in the 2nd phase. Freddie has a chance to surpass Pete Alonso. Lux, JT, Smith, Belli and CT3 have virtually no chance at the 2nd phase.

Muncy hitting clean-up again today. 0 for 11 against Castillo with 9 K’s. Unless Muncy wakes up soon, Roberts stubborness may cost him his job.

If flopping this season and not making the playoffs got Roberts fired, I would totally be OK with it.

I am not sure it is all Roberts. It has been mentioned by Doc (and others) that their is a pre-game consensus on the game strategy, and I am assuming that one of those strategical decisions is the lineup. But there is no rational reason for Muncy being in the lineup much less batting 4th with those numbers against Castillo. And those numbers were when he was hitting well, since he has not seen him this year.

It’s not Roberts. It’s about 3 former All Stars not hitting their weight, it’s about 2 for 30 WRISP, it’s about tepid defense, Mookie gone, shadow depth. Using analytics is an upper management decision. As is personnel. It’s seldom about the manager.

It’s about all that being true and the Dodgers still being the 2nd best team in the NL and the fourth best team in all of MLB?

Just get to the Playoffs and get hot.

You think lineups are going to cost Roberts’ his job?

Lineups are, sad to say, totally inconsequential for the most part. You want your best hitters hitting high in the count and that’s about it. Look at how often the good teams are variable with their orders. It’s interesting.

The Giants Yastrzemski is in a funk. He was moved down their lineup. Joc moved from cleanup to leadoff. Kapler makes adjustments.

Not to repeat over and over again but hit Lux second.