Dodgers Are NL West Champions…Now What? 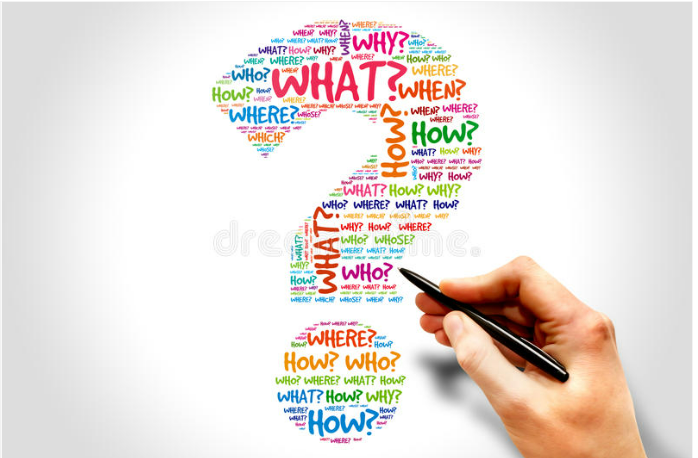 Now that the Dodgers have clinched the NL West Division for the 9th time in 10 years, with 21 games to go, now what do they do?  Badger has been consistent with his concern to rest the veterans and pitchers as much as possible.  Sometime the situation dictates what the team can and cannot do.  Max Muncy was out a couple of days after a cortisone shot to his left knee.  Gavin Lux has been out quite a while with his neck and upper back where he too got a cortisone shot.  It is being reported that Gavin should be ready to go this weekend in SF.  The bullpen has been a jigsaw puzzle for a while.

The team was going with a bullpen including Jake Reed and Heath Hembree, and now Justin Bruihl.  They had to bring up Andre Jackson to pitch a couple of innings in relief on September 11 when Blake Treinen went back on the IL.  They optioned Andre to activate Tommy Kahnle.   Will Kahnle stick with LAD this time?  Are the Dodgers being extra cautious with Yency Almonte and Brusdar Graterol?  Will Blake Treinen even be an option for the playoffs? Will the “new” Let It Go Craig Kimbrel continue to pitch at an exceptional level?  Is Andrew Heaney a legit option to start in the playoffs, or will his HR issue continue to rear its head?  Will Dustin May master his command over his next 4 starts?  Okay…will Clayton Kershaw stay healthy?  Have the Dodgers been doing it with mirrors with the pitching, or is the depth just that exceptional?

The team will get physical rest. Besides the tired arms, I think the biggest obstacle the team had to face against Atlanta in the NLCS was the mental grind they encountered in trying to catch the midgets. I believe there were multiple fans calling for the Dodgers to accept they were a Wild Card team and rest the regulars and pitchers.  Take the foot off the pedal.  But that is not the Dodger way, and they played exceptional baseball (43-13) from August 1, including winning their last 7 games of the season. And yet they still could not catch SF.  I think they were running on adrenaline with the WC game against Waino and then the 5 game NLDS over SF. After that, I think they were done.

They should be able to rest the veterans, especially in the final 6 game homestand against Colorado, and then they have 6 days off before NLDS game 1. In the first post clinch game, the big three all sat to begin the game.  Michael Grove has to wonder why he drew the short straw to start a game without Mookie, Trea, and Freddie, and to face off against Zach Davies who seems to always pitch well against LAD.  But he gets another chance at an ML audition for 2023.

I fully expect to see Miguel Vargas get a lot of playing time over the next 21 games. They will have to get Lux back up and ready for the playoffs. They will have 21 games to get their pitchers back from the IL (Gonsolin, Treinen, Almonte, Graterol, and Price) to figure out the rotation and bullpen, and the best use of Belli/Gallo/CT3/Trayce.

Since September 1, exceptions for more than 1.0 IP:

Neither Hembree or Jackson are with the team, and Justin Bruihl does not figure to get a playoff roster spot.

If Treinen does return, Doc has said that he will have no problem having Blake pitch in back to back games, but will only start him at the beginning of an inning, and will not bring him back out for a second inning.

Where does Tony Gonsolin fit into the picture?  We have not received enough information to draw any conclusions.  I am sure the LAD decision makers have some semblance of knowledge on the subject, but I do not expect they will divulge until they have to.  He did throw a bullpen the other day, but the results were not all that encouraging.  It is getting pretty close to the point that he will not have  enough time to ramp up to being a starter, but will he be able to relieve?  I do not believe the Dodgers will risk his future to rush him back.  With limited number of off days for the NLDS and NLCS, will there be room to carry a pitcher who might be limited in what he will be able to handle physically?

Finally, are we sure that the games were not being played at Dodger Stadium?   I saw nothing but LAD gear, and the cheers were overwhelmingly for the Dodgers and very loud.

There are a lot of questions that will need to be answered, and a relatively short period of time to get those answers.  The answers may be different as to who they play in the NLDS.  We will start to delve into those various scenarios over the next couple of weeks.  But for now, it is just step one. 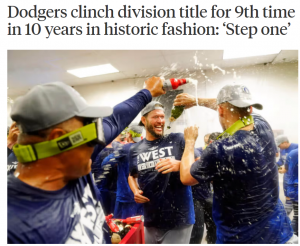 What to do now? Don’t let Kimblow close games or pitch in high leverage situations.

At least he won’t be a Dodger next year.

I am not so sure that was a good pitch by Kimbrel. He wanted to get it up and out of the zone for a chase. But he left it at the top of the zone on the inner half of the plate. I do not know enough about Alcantara to know if that is where he likes it, but he put a good swing on it and the game was over. If that pitch was the scouting report on Alcantara, then they missed.

That’s not a bad place to put a good pitch. What defines a good pitch? Spin rate, change of speeds from previous pitches. The pattern there is good, but obviously spots were missed.

Yeah, looked like a really good pitch to me, even if it wasn’t exactly where he wanted it.

I had a bad feeling about Kimbrel pitching with the tying run in scoring position. He’s been ok lately. Maybe last night was just a hiccup.

I don’t see Gonsolin being ready. My worst fears about him were realized. I have similar concerns with Urias. Kershaw got time off and Anderson looks like he may not need it. May is an unknown, but should be able to go 5 if asked. I didn’t figure on Heaney starting in the playoffs but he could come out of the bullpen. Not the starting rotation we figured on is it.

Kahnle looks like a closer. Will he last til November? Who knows. Fact is, we have several question marks.

This feels strange. 20 games to go and we are already Division champions. Yeah, now what indeed. Rest and Recuperation is front and center

I think Ferguson and Anderson will be clutch in the playoffs.

.200? Which side will Max and Cody land by the end of the season?

I’m off to play Wordle.

I am not worried about Kimbrel. Last night’s loss was more a fault of lack of offense than anything else. Taylor with 2 hits and Thompson and Smith were the only hits in regulation. Alberto got a blown play single in the 10th and that was that. What do you expect? Muncy .200, Gallo, .165, Vargas .170 Bellinger .200 and Barnes .223. Not much production in that group. Taylor, who hit lead off is hitting .223. Weak contact and strikeouts. Simple combination that spells LOSS. A loss the day after a long night of celebration, makes sense Turner, JT, Mookie, Freeman, all on the bench. Lux should be back by the weekend and that removes at least one weak bat from the lineup. The pitching is solid. Grove hung two and they banged them. Kimbrel made one bad pitch. His only real crime was the walk. Also, scoring only one in extra’s does not usually mean you are going to win. They had a chance to score more, and they would not have scored one if not for a wild pitch.

“I am not worried about Kimbrel”

I am. Though concerned may be a more appropriate word. I just don’t trust his work. But, if there was ever a throw away game it was last night. And the Dodgers made it close.

The offense should be fine. The stats show we outscore the league by a wide margin. Why wouldn’t that continue? (Don’t answer that. I don’t really want to know).

You didn’t say the starting pitching would continue to amaze.

You are right about the offense. The Dodgers started 4 of their regular 9…CT3, Smith, Belli, and Max. And they still had a chance to win the game. I am with Badger on Kimbrel…I do not trust that he will be clutch. He is obviously more than capable. In the previous 8 relief appearances before last night, Kimbrel had 8.1 IP, 0 runs, 0 hits, 2 walks, 7 Ks. He was getting outs without a lot of swings and misses. He had zero Ks for the previous 4 games. You want your closer to be a strikeout shutdown pitcher. That is not Kimbrel this year. Will he be again next year? I agree with Bums, not with the Dodgers. Right now I trust Evan Phillips much more than Kimbrel, but he needs to be used in the highest leverage situations like he was last night. Phillips faced 3-4-5, and Kimbrel was facing 6-7-8-9

There is also another concern (using Badger’s word), and that is Kimbrel is becoming more and more of a platoon pitcher.

For pitchers, the lower the OPS+ the better.

Sergio Alcantara is a switch hitter batting LH against Kimbrel, and he is no Kyle Schwarber or Matt Olson or Yordan Alvarez.

From the chart you posted it would appear he missed his spot on pitches 1 and 3, 2 looks like a cookie unless it was 100 mph or a change, 4 is at least on an edge, and that’s a good thing, but, speed and spin rate?

I don’t have Kimbrel’s charts, but my eye test tells me he lacks command and his stuff is just not what it usta was. He’s faced 226 batters this year, his WHIP is 1.364 and his ERA+ is 105. I believe the key to winning games with him as our closer is to have a 2+ run lead when he comes in.

As I said, I do not know the scouting report on Alcantara. But that pitch was too much of a strike. He did not get it enough inside or up or both. The pitch he struck Alek Thomas out on was just about the exact same spot as Alcantara. But he threw Thomas two knuckle curves that he swung and missed before the 96 MPH 4seamer up in the zone. He only threw Alcantara 1 knuckle curve (#3). That was a good pitch. He just did not get Alcantara to offer like Thomas did. See Chart below for Thomas’ AB.

But I choose to look at his previous 8 outings and say that is the new norm for Kimbrel. Last night was a hangover game. It really did not mean anything. They get back to business on Friday.

Ok, what you say does make sense. I do question looking for chase on strike 1. These hitters are pros. You look for edges on strikes 1 and 2, chase on 3.

Maybe you’re right about him. Hope so.