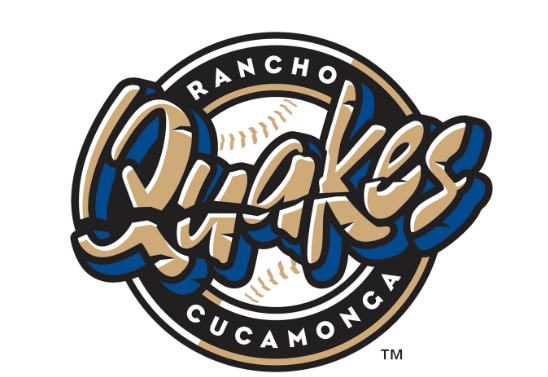 We are drawing to a close to the MLB season and finding topics that haven’t been told over and over are few and far between.  Really, how many times or how many ways can we talk about Cody Bellinger’s troubles at the plate, or Craig Kimbrel’s frustrating blown saves?  Or how about how great the big 3 at the top of the order have been?  Tony Gonsolin/Tyler Anderson/Julio Urias?

We are still three weeks from completing the regular season and we have no reason to do any autopsy analysis at this time.  There are still too many unknowns, so to try to forecast a playoff roster may be fun, but without knowledge as to who will be healthy, we are grasping at straws.

The MiLB season is also in the process of winding down.  The Rookie Leagues were completed earlier this month, while the A Leagues (California League and Midwest League) finished on Sunday.  During the off days or down time, I would like to profile the seasons for some of those players.  I will focus on players that have stood out or have disappointed.    It is very easy to say that nothing went wrong for any of the LAD prospects (ranked or unranked) but it isn’t realistic.  On the other hand there were players that came out of the blue and had marvelous seasons that I wish to recognize.

Great Lakes is the LAD affiliate in the Midwest League, and qualified for the playoffs.  Great Lakes won the 1st game of the best of three series, while Lake County shutout Great Lakes in Game 2.  Thus a deciding Game 3 (Friday) for the Division Championship.  In Game 3, Great Lakes starts Kendall Williams (3-5, 4.15 ERA in the regular season), opposing fellow righty Aaron Davenport (7-6, 4.21 ERA).

Rancho Cucamonga Quakes is the LAD affiliate in the California League.  They ended the season with a 68-64 record, good for 5th best record overall.  Only 6 Quakes hitters had at least 357 PA, the minimum number of PA to qualify for league leaders.

The first three were promoted to Great Lakes, so Fernandez, Rodriguez, and Vogel were the only three Quakes that stayed at RC for the full season that qualified for league leaders.  Here is where the Quakes offensive players ranked amongst the California League Leaders (to #16).

We will similarly profile the teams as their seasons conclude.

I am more stats and scouting reports driven while Harold is more interested in the personal stories.  Together I think we do a good job of profiling many of the prospects from all angles.

I have the MiLB players that I want to focus on.  Perhaps some of you have RC players that you would like for one of us to profile.  We can make suggestions for Great Lakes, Tulsa, and OKC when their respective seasons end.  What players have you been surprised by or disappointed by?

I find it interesting that with 3 weeks left in the season we have unknowns. Roberts spoke to that very thing yesterday. He’s not worried. At least that’s what he says. We should be good enough to beat anybody left standing, no matter who it is we throw out there. But that could have been said every year for the last decade or so.

Quakes. I don’t know them. But the stats look like Dodgers stats.

“It’s about winning a baseball game, winning a series, preventing runs, scoring runs,” manager Dave Roberts said. “So however we can do that — whether it’s a little bit more creative or not normal, I don’t think we’re concerned about it. Nor are our players.”

Offensively, this is the best LAD team of this 10 year run. Somebody needs to assume the Corey Seager role of 2020. Will Belli and CT3 be the players they were in last year’s post season or more of 2022 regular season. The Dodgers get Max Muncy for this postseason. I have no expectations for Joey Gallo, but he is capable of having a monster series (or two or three). Trayce Thompson is also capable of having an MVP series. IMO, just as likely as Jorge Soler or Eddie Rosario or Steve Pearce or David Freese.

Pitching has been exceptional, but I agree there are questions on sustainability. How many of their pitchers will they get back? Tommy Kahnle looks fully rehabbed. Can he go back to back in high leverage games yet? It is entirely possible that we will see Urias and Kershaw (as #1 and #2) and then piggybacks of Anderson/May/Gonsolin/Heaney in some combination of the #3 and #4 starter. The Dodgers can be unconventional and yet brilliant with the use of their depth.

Of course the spotlight will also be on Dave Roberts. He can make all the right moves as he did in 2020 or he could stink up the joint as he did in 2019. But regardless as to the moves he makes, it will be up to the players to determine the outcome of the game.

Good work on this Jeff.

I definitely am more interested in the personal stories that the players have. I think that may have come from spending 35 years with junior high students. Well, 40 years if I count supply teaching after retirement and coaching basketball.

I am interested in their statistical stories too as stats are often what catches my eye to look more carefully at players.eg Damon Keith

I never write about any disappointments I may have in players and try to always accentuate the positive. There are some players that suprised me and I have profiled some of those. I will touch on those later.

I had this note from Brad Tunney – Loons play-by-play announcer.

Always appreciate you reaching out. The end of the first half was the most exciting run I’ve been apart of with the Loons (even better than the end of 2016).

Confidence is pretty high in the team and with the Dodgers minor league folks despite the sluggish finish.

Look forward to hearing from you over the next week. 3 wins away!

The 1st half ending for the Loons this year was exciting, but for me, nothing takes away from the 2016 season. For me that was magical. That was the year I really started to talk up a 19 year old LHP, Caleb Ferguson. That was his 1st full year after his 1st TJ surgery. He had 50.1 IP, 63 K and 5 BB. You know I have always been a sucker for large K to BB differential. 2 years later, Caleb Ferguson was in Pittsburgh making his LAD and MLB debut against the Pirates. Caleb was a favorite from the day he was drafted. He was a high school pitcher with TJ surgery, 38th round pick, 1,149 overall pick, who basically bet on himself as a professional pitcher rather than go to school. Smart choice? As it turns out, yes.

One example…Jeren Kendall. I was not a big advocate for his signing. I thought there were better choices, but he was a potential 1/1 pick in the 2017 Draft, and slid all the way to #23 and the LAD. He signed for an above slot $2.9MM ($200K above slot). We heard all of the same talk. With the great LAD development team, they will be able to fix that swing. He was/is a potential GG CF, but just needed to make better contact. He has multiple rankings of #1 defensive CF and #1 OF arm. I wrote on a number of occasions that the best thing that Kendall (Dodgers) should have done was to hire Brett Butler to be his personal hitting coach. With his speed, he would have been a .300 hitter. Get on base, and the batters behind him are going to see a bunch of fastballs (I know that is archaic thinking by me). But the pendulum had already swung to MORE HRs…FORGET ABOUT STRIKEOUTS.

Everything I have heard about Jeren Kendall is that he is an outstanding young man as a person. But for someone that talented, not to be playing MLB CF is a disappointment. Not in him, but in his results as a professional baseball player.

Kendall should maybe be given an opportunity with an organization that isn’t 3 outcome oriented. He hit we’ll enough in college to be a first round pick. Where did that contact ability go?

All that said, I do hope Jeren finds another organization who can develop him into an MLB player.

Jeff – I too may be disappointed in performance and may have expectations. It is just that I never write about them.

It is the players that go unnoticed that I try to hone in on.Once in a long time I score a hit.

The big play for me in 2016 was the Omar Estevez grand slam that turned the whole season around for the Loons.

You score a hit more than once in a long time. I used to write a lot about Omar Estevez. He was always a personal favorite that just never panned out. He is another that could use a change of scenery. It seems Omar has been around forever, and he is still just 24. The only OKC teammates that are younger are: Bobby Miller (13 months), Nick Robertson (5 months), Gavin Stone (8 months), and Jake Amaya (6 months).

The comments are interesting.

Much earlier than I first wrote about him. It was Caleb Ferguson and the Loons that brought us together in 2016.

Dodgers have released their list of players who will be participating in the Az Fall League:

The one that surprises me is Tanner Dodson. Maybe you, Jeff or you, Harold, have written about him and I missed it, but in checking his stats I really can’t see why he’s there.

25 year old, taken by the Mets in the second round of the 2018 draft as an outfielder/relief pitcher. His first year in the Dodger system was this year and was spent at Tulsa where he only pitched had a 2.3 WHIP, 7.6k/9 and 9.7bb/9. Not only did he have more walks than strike outs but also more walks than innings. Please help me understand why they’d use a valuable space on the roster for him.

Mind you, I very much hope he succeeds, because he’s a Cal alum and so am I.

Last edited 4 months ago by Singing the Blue
0
Reply

I have not written about Tanner Dodson. He went to HS in Sacramento at St. Francis. My wife is still trying to find out if he is related to the Dodson family that was in our Parish elementary school here in El Dorado Hills.

He has been better since he went to ACL and returned. His ball has a lot of movement, and he has real trouble of commanding it. He is one of those that has better stuff than results right now.

Ben Harris is the one to keep an eye on. I am also interest to see what Emmet Sheehan can do at that level. The pitchers are going to see some prolific hitters in the AFL.

Agreed. Harris and Sheehan are two potential bright lights in the system. Also anxious to see what Pages and Ramos can do.

I’ve always thought about Vivas and Leonard as basically very similar players. I wonder if the fact that Vivas is going and Leonard isn’t says anything about what they feel about those two.

Harris is in the Loons game early tonight in the fifth inning.