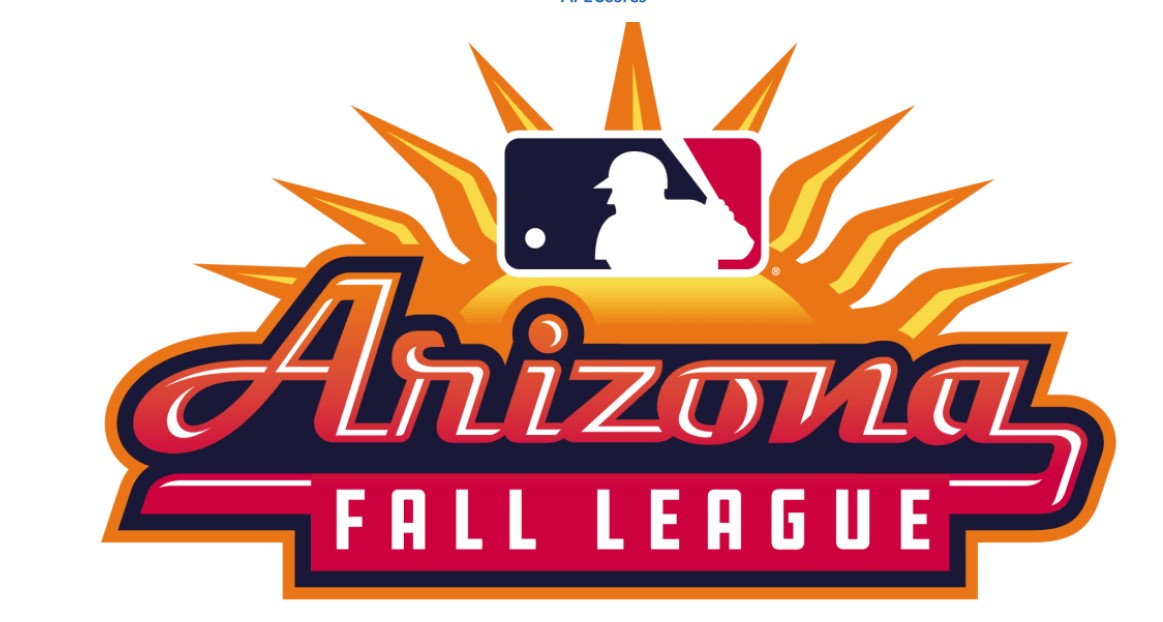 Monday the prestigious Arizona Fall League began its 30th season.  It was started in 1992 by Roland Hemond, and has been the stage for  literally hundreds of then future stars, some of whom have made their way to Cooperstown. It was reported by Jonathan Mayo that 60% of all Fall Leaguers have made at least an appearance at the Major League level, including my son.

There are six teams in the AFL, each constructed from 5 major league teams each.  Each team sent at least 7 players to the AFL.

The 30 game season goes from Oct. 3 through Nov. 12, and this year will include a tripleheader at Chase Field, home of the D-backs, on Saturday, Oct. 15.  It will also stage a Home Run Derby Saturday, Nov. 5, followed the next day by the annual Fall Stars Game, both held at Sloan Park in Mesa.

Sixteen of the AFL participants are included in the MLB Pipeline Top 100.

Top 100 prospects in the Fall League

Five shortstops, six outfielders, one catcher, one 2B, one 3B, and two pitchers.  Many organizations do not want to send their elite pitching prospects to the AFL.  They want to maintain control and want to monitor their IP after the season.  The Dodgers only sent one pitcher (Emmet Sheehan) included in their top 30 prospects.

The Cardinals and Pirates have three top 100 prospects each in the AFL, while the Reds have two.  Eight other organizations have one (Arizona, Washington, Colorado, NYY, Cubs, LAD, San Diego, Oakland). 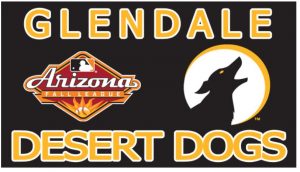 Today’s opening Glendale Desert Dogs game featured Emmet Sheehan as the Dogs starting pitcher. Sheehan threw 3.0 hitless and scoreless innings.  He walked one and hit a batter.  He did have a strikeout.  He threw 37 pitches, 22 for strikes.  The next three pitchers for the Desert Dogs pitched 5.0 scoreless innings on 2 hits and 3Ks.

In the 9th inning, with the Desert Dogs ahead 3-0, Ben Harris was called in to get the save. Things went from terrible to worse.  Harris walked the first two batters on 9 pitches.  On his 2nd WP of the inning, runners were on 2nd and 3rd. A sac fly and single brought the score to 3-2.  Harris hit the next batter, and then gave up a 3-run HR.  He blew the save and got the loss.  He walked the last batter he faced.

The Desert Dogs tried to save Harris as they loaded the bases in the bottom of the 9th, but could not get that hit.

I was really anticipating Ben Harris in the AFL.  One game does not make the player; good game or bad game.  I believe he will be lights out in his next several outings.

Jorbit Vivas was in the lineup and he went 1-3 with a walk, and a run scored.

For complete coverage of the AFL, visit the official league site at www.mlb.com/afl.

I am not going to cover every game.  I will do a few timely summaries of the Dodger prospects during the season.

That was quite the debut for Harris. I thought I remembered that his last game for GL wasn’t very good either so I looked it up.

It was on September 10th, so about 3.5 weeks ago. After a spectacular season up to that point, in his last appearance he faced 5 batters over 1 inning and gave up 3 hits, 2 walks and 4 runs. So that means he’s had two horrific appearances in a row, spread over almost a month.

My first thought was that maybe the last one was due to a tired arm but he had almost a month to recover before yesterday. I hope there isn’t anything wrong with his arm.

Plenty of good seats available down there.

I would like to apologize for LA Dodger Chronicles being down early this AM. I go to water aerobics before I do anything else. That way I know I can get some exercise in. When I returned, I had several emails from followers that told me the site was down. I contacted the maintenance department and it got resolved.

And then as soon as it appeared to be corrected, another problem emerged and I had to contact maintenance again.

As most everyone here knows, I used to write for LADT (five years). Mark is very fortunate to have his internal IT geniuses to remedy the glitches that befall every computer generated system. When I wrote there, I did not have to deal with these bugs, Mark always had them taken care of. I am not that tech savvy and I currently rely on the maintenance from the developer of LA Dodger Chronicles. If I do not catch it, I cannot complain. Because of that sometimes it takes longer for my site to get back up.

Fortunately I had multiple emails from friends on this site (and you all know who you are), to alert me to the malfunction. It is back up and running again, and hopefully the problems will hold out until after the Dodgers win the WS.

BTW, if anyone needs to contact me for any reason, my email address where I can be reached is jeffdominique@hotmail.com.

Thank you all for your patience and understanding. Now we can get back to the real world, otherwise known as Dodgers baseball.

Please Jeff. No apologies necessary. You’ve taken the time and effort to build this baseball oasis for us. For that we (I believe I speak for all of us) thank you many times over. Gliches happen. That’s how we know we’re living in the real world.

What’s your thought on Harris? Virtually untouchable all season, and then two outings where he can’t get anyone out.

As you know, he is a personal favorite, and I think he is having command issues that every pitcher experiences. September 10 could have been just one of those bad outings. I am hoping that the 3+ weeks since last pitching was problems with his command. I still have high hopes for Harris being on a fast track.

He’s been of special interest to me exactly for that reason. He really seemed like he could be on the fast track and make it to the big club faster than a lot of the other names we talk about.

He’ll have numerous chances to straighten himself out in the Fall League and hopefully he’ll be able to take advantage of that.

Admittedly I’m not that familiar with Ben Harris so all I have to go by are the stats. And after reading them I’m left with the question – what is up with this guy? He’s Nuke LaLoosh. In two years, 61 innings, 116 strikeouts, 43 BB, averages over 19 pitches an inning. He’s 23 in February pitching in A ball. Without having ever seen him my take would be exactly what Norm Sherry said to Sandy Koufax, take some speed of that fastball and gain better control. Am I wrong?

He had made some real progress until these last two appearances. Starting July 1st and through the second to last appearance of the season he had 41K/9BB. That’s better than a 4/1 ratio and much improved over earlier stats.

Good choice. Ronan Kopp is a legit prospect. He made Great Lakes as a 19 year old. He needs to hone in on his control, but he is a legit high leverage late inning prospect. He will start at Great Lakes in 2023, but hopefully gets pushed to Tulsa by early summer.

Atlanta wins NL East. Dodgers to face the winner of the Mets and Padres Wild Card Series in New York. I have no preference as to who wins, as long as it goes 3 games.

Why Does Alex Verdugo Seem So Bitter
Rest In Peace Harold, You Will Be Missed
wpDiscuz
11
0
Would love your thoughts, please comment.x
()
x
| Reply