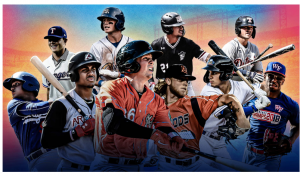 As Bluto mentioned, Baseball America just came out with their revised top 100 prospects, and the Dodgers topped the list with 7 (tied with St. Louis).

Not coincidentally, MLB Pipeline also had the Dodgers with 7.  Both publications listed the same 7 LAD prospects in their respective top 100, but obviously not in the same rankings.

The consensus LAD top 100 prospects are:

There is probably one consensus elite prospect…Diego Cartaya.  I know there are some who believe he should make the roster in 2023, but IMO the earliest he will crack the roster will be 2024. The Dodgers love both Will Smith and Austin Barnes, and both are under control through 2024.  I would have preferred to see what Cartaya could do at AA, but I do think the Dodgers are being very careful with Diego.

Will the Dodgers include their prospects in the rotation or will the Dodgers trade for top of the rotation starters.  Gonsolin, Urías, and May figure to be in the 2023 rotation.  Buehler is an unknown as I am writing this.  After that?  The Dodgers spoke loud and clear at the trade deadline that they believe in their pitcher prospects, so I expect the top prospects will determine which FA pitchers will be considered for 2023, and more likely at the back end of the rotation.

Ryan Pepiot has earned consideration. Bobby Miller will undoubtedly continue to start at AAA, and that will go a long way to determine if he can harness that command and control to match his “stuff”.  Gavin Stone is a wild card.  He has done well all year at A+ and AA, and has moved up the prospect lists.  It is not uncommon for a prospect to come out of nowhere and stick (Tony Gonsolin?), so Gavin has also earned the right for consideration.  His time in AAA for the next month will go far in determining if he will remain a starter or move to the bullpen.  Stone has a very high floor because of his relief potential.  As long as he is successful in a starting role, he will continue to be monitored.

Michael Grove and Landon Knack are more realistically targeted for the bullpen, but they too have a chance to start. If this weren’t the Dodgers, all would be considered as starters.  Grove’s last outing was exceptional.

Top prospect lists seem to monitor potential MLB players, and not necessarily All Stars.  Andrew Friedman just concluded his 8th Rule 4 Amateur Draft.  He has yet to draft a position playing All Star, and Tony Gonsolin was his second draft pick that was selected to be an All Star.  The first was Walker Buehler.  None of his draft picks were All Stars after being traded.  He has also not signed an International Free Agent (IFA) that has made an All Star team as a Dodger.  I believe Yordan Alvarez is the only IFA signed by the LAD who has made an All Star team with another organization.  And yet the roster is full of LAD prospects, and many former LAD prospects are included on multiple MLB rosters after trades.  The Dodger scouts uncover MLB players, develop them and hope they become All Stars, preferably with the Dodgers.

Will Smith certainly deserved to be named an All Star for 2022 and Gavin Lux is certainly not far behind.  Are any of the top five or six prospects potential All Stars?  Who can say no?  Dustin May (no longer a prospect per se) is a potential All Star.  The Dodger development team has been very good at bringing the prospects along, albeit slow at times.

The Dodgers do not seem to be in any rush to  push their prospects.   If they make the roster a year (or two) later than they could with other organizations, that is the cost/benefit of playing for an organization like the Dodgers.  Would Miguel Vargas and Michael Busch be in the daily lineup for other organizations MLB teams?  Maybe yes, but then maybe they become another Jarred Kelenic, Alex Kiriloff, or Spencer Torkelson.  I do not have a crystal ball to say if they are future All Stars, but they are future MLB regulars for some team.

Projecting pitchers is a lot more difficult because of the injury risk.  One issue that I have noticed is that top MiLB pitchers are successful at getting MiLB batters to chase pitches around the strike zone, but those same pitches do not elicit a lot of swing and misses at balls out of the zone at MLB as the same rate as they did in MiLB.  Walker Buehler, Julio Urias, Tony Gonsolin, and now Ryan Pepiot have all suffered with this.  Once each of the pitchers chose to challenge hitters and trust their “stuff”, they began to excel.  I expect Pepiot to get to that point.  His only challenge will be how much more developed he can get his new slider to give him three solid pitches.

As far as top 30 prospects, it was interesting to note that 26 prospects made both Baseball America and MLB Pipeline lists.  I am not certain what future All Stars are on the current top 30 prospects. Michael Grove and James Outman do not project to be All Stars, and yet both have made the 26 man this season.  Is it unreasonable to believe that 15 of the current top 30 prospects can make an MLB roster?  History shows that it is not only possible but also plausible.  How many of the RHP not on the top prospect lists will become ML relievers.  Are Ryan Ward, Drew Avans, Jonny DeLuca, Ryan Noda capable of being ML platoon players?  Probably not with the Dodgers, but maybe other teams.

The Dodgers will not pause to trade some of these prospects if they can get an elite talent (Mookie Betts).  If they can somehow retain Trea Turner, that will give them two elite perennial All Stars they traded potential All Stars for.  Will they do it again?  We do know they have the talent in their system that will draw interest from multiple organizations.  That is why they continually get named as a top 10 (top 5 – top 2) MiLB system.

Again not knowing how many actually read the MiLB summaries, this night had some good individual performances that I wanted to highlight.

AA –
In his first AA start, Nick Nastrini flirted first with a perfecto and then with a no-no. He issued a walk for his first baserunner after 5.2 IP. With one out in the 7th, he gave up a HR for the first hit and loss of the shutout. He got through 6.2 IP with 97 pitches/57 strikes.

Damon Keith was having a rough start to his Great Lakes promotion. On this night he had 2 HRs (3) and a triple.

The more prospects the Dodgers can put into the lineup successfully the more money they will have for Soto in 2025 and Trea in 2023.

Vargas, Thompson, and Busch at $3-4M can replace Muncy, Justin, and Bellinger at around $50M.

Pepiot, Miller, Stone at less than $2M can replace Anderson, Kershaw, and Kimbrel at what $45M?

Subbing Trace in place of Cody won’t hurt their chances of winning 100 games.

Vargas in Muncy’s place couldn’t be worse through July or first 100 games.

How many games would Justin miss next year if re-signed?

If Trea is signed then yes the Dodgers could win 100 games without Cody, Max, and Justin.

I checked the Trade Simulator, a starting staff of Gonsolin, Urias, Pepiot, Miller and Stone wins 0/U is 84 without Turner, 88 with him.

Bellinger is going nowhere next season. Thompson is not his equal as a defender. He is pretty good and maybe he gets a shot at a full-time job in left field.

Probably not but it isn’t as definite as you say.

Ozuna arrested on a DUI charge. How dumb is that guy? Braves started extension talks with Swanson. Dodgers should kick the tires and see how Turner is leaning.

Turner. The Dodgers have to know which direction he is leaning. Hopefully they are letting him know what they are thinking. Stay here. We need you and are willing to pay what is necessary.

I believe Muncy is better now. He’s not that old, and an off season of cross fit and calorie counting will get him back to slugging fly balls 10% farther.

Bellinger. Same thing with him. He hasn’t been the same since that stupid shoulder injury. Work on it. Get quicker with the bat. And get your eyes checked. You are chasing pitches a foot off the plate.

Rios is ready. Are we going to use him?

That means DFA Gallo. I am sure there are many who support that, but IMO the Dodgers got Gallo because they thought they could “fix” him. They have not given that a good chance just yet.

Rios will probably be back in September when rosters expand.

I don’t follow the prospects but I think Vargas should be our 3b next season and Busch our 2b. Lux can move to SS and Pepiot/Miller/Stone can all join the rotation.

Campos is the two-way player they just drafted from the same school as Gonsolin. I guess they’re just going to have him concentrate on pitching?

He struck out four in two innings with the ACL Dpdgers so it looks like that is the route they have chosen for him.

The Dodgers tend to do that. River Ryan is pitching quite well and was used as a position player with the ACL Padres before he was traded to the Dodgers for Matt Beaty.

They are also doing the same with undrafted free agent Livan Reinoso.

Hey Jeff, in recent years the dodgers have traded surplus mLB players for prospects. Beatty, Florio, Stripling, and I guess Clevonger and that guy Kolarek.

what do you think and/or know about the returns?

all the outgoing was very disposable, right?

Bluto, for the most part, if there is an advantage, the Dodgers probably got the better of the trades overall.

Adam Kolarek (and Cody Thomas) to Oakland for Gus Varland and Sheldon Neuse. Neuse was DFA and Oakland picked him up. Varland is a middling AA reliever.
Matt Beaty to San Diego for 24 year old RHP River Ryan. Ryan is now a full time pitcher in A+. Ryan could have a future as a ML reliever.
Dylan Floro to Miami for ML LHRP Alex Vesia and Kyle Hurt (24 year old RHP, AA). Hurt is a Trojan, so you know I like him. Potential ML reliever.
Ross Stripling to Toronto for RHP Kendall Williams (Rancho) Garrett Cleavinger to Tampa Bay for 18 year old OF German Tapia (in DSL) (Dodgers Yordan Alvarez???)

The Dodgers players are still to be unfolded. There is some potential, but probably not game changing. Stripling has done well for Toronto. Floro and Vesia are a fairly even match, so Hurt could be the tie breaker in that one.

River Ryan is the one I like the most.