Dodgers Draw The Padres In the NLDS 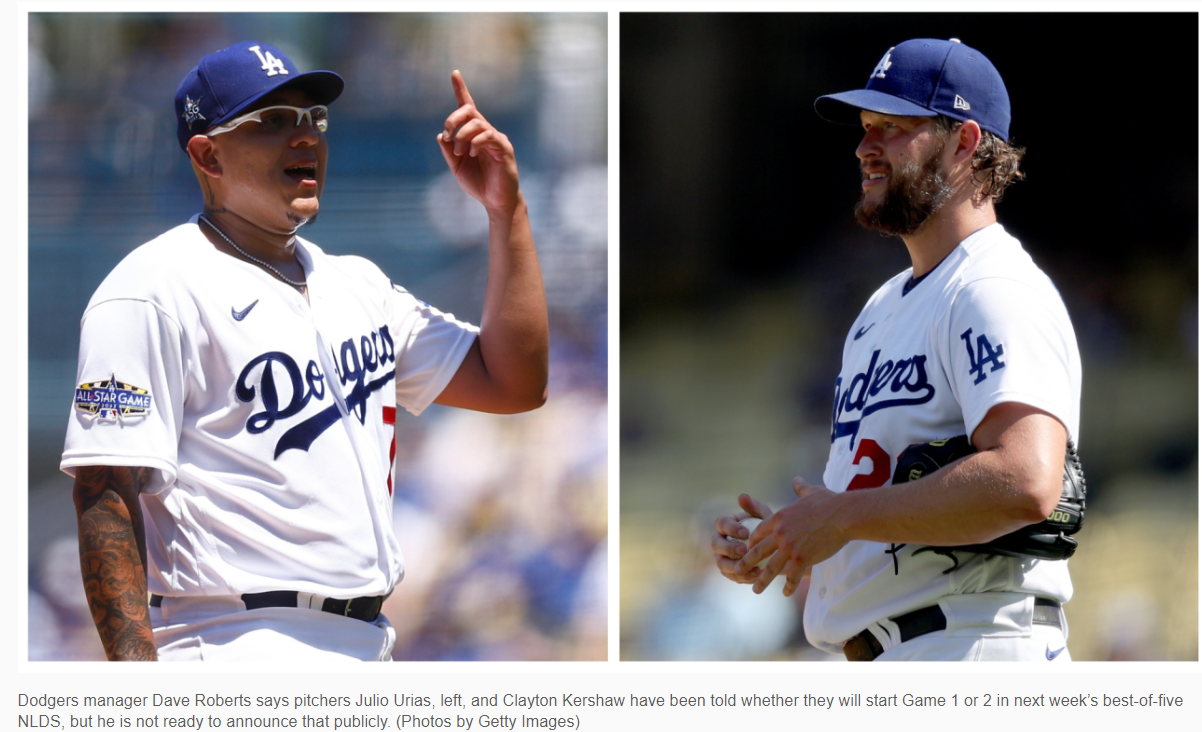 Well once again, Max Scherzer was a pivotal part of the reason his team is no longer in the playoffs.  Last year he had a tired arm for the Dodgers and could not start when most needed.  This year, he probably should not have pitched in Game 1 because he just got blasted.  And Steve Cohen has the pleasure of paying Max $86.67MM over the next two years.  He threw 34 less innings this year than last year, because he was on the IL twice in 2022.  He isn’t magically going to be injury free in the next two years.  That’s like believing that Clayton Kershaw would not be on the IL in 2023.

Now the question will be whether Cohen is going to double down on $40MM+ annual salaries for yet another injury prone pitcher in Jacob deGrom.  And of course Edwin Díaz is looking for a 9 figure contract.

The Mets and the Padres are 2 of the 4 teams I dislike more than any other.  SF and NYY are the other two.  So it was hard for me to root for either team.  I was hoping against hope that somehow Chris Bassitt would match Joe Musgrove, only because I thought the Mets pitching was not as good as San Diego’s. Scherzer and deGrom both struggled late in the season.  Bassitt was never considered an overwhelming problem.  Yu Darvish, Blake Snell, and Joe Musgrove always looked like a more formidable rotation IMO.

Buck Showalter did not believe that these increase spin rates were all natural and complained to the umpires that Musgrove was using some sticky stuff.  The umpires did a body search on Musgrove and found nothing.

My least favorite MLB player, Manny Machado, looked over in the Mets dugout smiled and yelled out…”weak”.  Musgrove was also demonstrative after an out.  All Showalter did was to further motivate San Diego and prove that Musgrove was in the hitters heads.

After 7.0 IP, the spin rates for the 4-seam fastball, cutter, and change were down a bit, but the slider spin rate increased even more.

Robert Suarez came into the 8th, followed by a very different Josh Hader.  No NYM batter reached 1st against either pitcher.

I figure either Mike Clevinger comes off the IL or Sean Manaea will start game 1.  Nick Martinez seems to be fully entrenched in the bullpen.  Yu Darvish will probably get Game 2, followed by Blake Snell and then Joe Musgrove.  The Dodger bats better be alive.  Will being off a week make the bats heavier?

It was impossible for me to root for either team but I know playing SD will lighten the travel load and Dodger fans will flock to SD to support the team.

Padres are making it almost impossible for fans outside the immediate SD area to buy tickets so it will have to be Dodger fans who live down there.

I thought the Mets should be favored. Don’t know if they were. Picking home teams made sense to me. 5 game series after teams on the road won? Easy. I’ll take home teams again.

I read that Freeman article. Good read. Another good read on Trea Turner in the Times. Worst walk to strikeout rate in his career. Lowest average exit velocity since his rookie year, lowest slugging % since’18. In 39 playoff games he’s hit .228 with an OPS of .561. He hasn’t exactly been lighting it up lately. .589 OPS last 14 days.

It’s simple for me – if the team plays to its abilities, they will win. If they don’t, it’s anybody’s series.

Based on what Trea’s numbers were this year (his walk year) and his previous numbers in post season play, maybe he just doesn’t respond well to pressure.

That said, I’d still like to see him back here.

I agree with your comments about the Pads, Bluto, but I think we’re almost definitely the only Dodger fans who feel that way. They have the exact opposite team mentality that we do. We’re low key, head down, do your work, get it done.
The Padres are boisterous, in your face, we’re great/you suck.

I’d hate for them to beat us, because they’d be impossible to live with, and the SD fans would completely destroy downtown San Diego in celebration. But I do respect them as a team and I know damn well that if my team had that attitude I’d think it was a great thing.

Those who compare them to our little brother are right. Never quite good enough to beat their older brother. But guess what, eventually, at some point, little brother does do it. I just hope it isn’t this year and this series.

I totally dislike the Padres. They have taken on a Machado persona, and I cannot stand that guy. Grisham hit worse than did Belli, but I never heard Belli trash talk like Grisham. Joe Musgrove’s total disrespect for JT. I have zero problem with Yu Darvish, and did not blame him for his 2017 WS meltdown. He should never have started Game 7.

In line with what STB said above, is the following an example of a class organization?

They don’t want the fans there at all. pic.twitter.com/TF4LFqRj4O

What an embarrassment. The Padres have overtaken the Giants as my Public Enemy #1.

Padre front office apparently has no clue how many Dodger fans live in the area they say is OK. There will probably be at least 1/3 of the stadium dressed in blue.

Dodgers have just announced they aren’t selling tickets to anyone who lives outside of Echo Park.

Not that I consider myself more informed about baseball than anyone who writes for Baseball America, but I was 1-3. I did pick the Guardians because of Bieber and McKenzie. I did not think Tampa Bay had the offense to hit either Cleveland pitcher.

I knew San Diego would win as soon as they trounced Scherzer, but I did pick NYM because of Scherzer and deGrom. deGrom in Game 2 and Musgrove over Bassitt in Game 3 were no-brainers for me.

I did not think the Cardinals would lose to Philadelphia. I still think they win Game 1 if Marmol did not pull a Roberts, and Helsley’s finger was not injured.

At the beginning of the season, I picked Toronto to be a real threat to reach the WS, so I was not about to change my mind in a 3 game series in Toronto against Seattle.

They were good Wild Card series.

From what I’ve seen on TV and the internet, the response to the new Wild Card playoff setup seems to be very positive.

I was 4-0 in my picks for the Wild Card winners. I made my picks this morning. 🙂

OK, I’m going to take a big chance and pick the next round ahead of the games. Here goes:

Pads-LA, bring it on. Dodgers in 4. 109-47 in runs scored during the 19 games. Totally dissed the Dodgers in the post-game comments just talked about how great the Pads starters were. LA has some pretty good ones too.

Just to be a pain, while waiting for the body search that was coming, does below maybe indicate that there was something on his cheek/ears? Just a question. Musgrove has cheated before with the Astros, is he above doing it again?

Brian Kenny (on MLB tv this morning) gave the spin number improvement over his normal rates and it was ridiculous. More or less said, “I can’t prove it, but if I had to say yes or no, I’d say he was cheating.”

I still think they should check the catchers also. Nothing prevents them from having something on their equipment which they can rub the ball on before returning it to the pitcher.

Before that incident happened, I noticed his ears looked wet, or oily. They were clearly shiny. So I watched as closely as I could to see if touched his ear. He did. A couple of times.

Why are spin rates back up? Maybe there’s something dry that gives better grip. I know there has been minor league experimenting done with tackier balls, maybe they’re rubbing the balls differently now without announcing it.

If there was something on the ball by the end of an inning, it would be widely known by now.

spin rates are up quite a bit, so I’m sure something is amiss. Pretty sure it’s not a tangible substance.

McCutchen tweeted the following while they were inspecting Musgrove’s ears:

“Here we go. I guarantee Musgrove has Red Hot on his ears. Pitchers use it as mechanism to stay locked in during games. It burns like crazy and IDK why some guys thinks it helps them but in no way is it “sticky.” Buck is smart tho. Could be trying to just throw him off.”

If everybody here thinks SD is a tacky team why is it so surprising that it rubs off onto baseballs? It’s the machado effect.