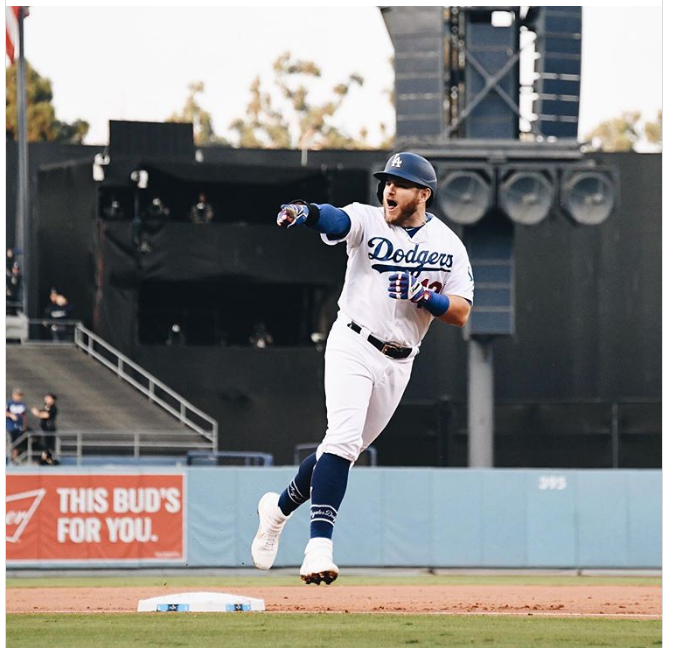 Michael Grove breezed through 2.1 IP facing the minimum.  He then surrendered a solo HR by Emmanuel Valdez.  He retired the side in order in the 4th.  Grove threw 58 pitches through 4.0 innings.  However, the first two batters in the 5th slugged solo HRs, and after 66 pitches, Marshall Kasowski was summoned to relieve Grove.

With Jon Duplantier pitching in the 7th, he gave up a single, balked him to 2nd, and wild pitched him to 3rd.  A run scored on a sac fly giving the Space Cowboys a 4-1 lead going into the bottom of the 7th.  Garrett Cleavinger and Carson Fulmer pitched a scoreless 8th and 9th inning.

Down 3-0, Drew Avans hit a HR to put the Dodgers on the Board in the fifth.

In the 7th, Andy Burns and Tony Wolters walked, and Drew Avans was HBP.  Michael Busch and Max Muncy struck out, but Miguel Vargas singled to score Burns and Wolters to get OKC to within 1.  In the 8th, Ryan Noda and Jason Martin singled.  Noda stole 3rd and scored the tying run on a Stefan Romero sac fly.

In the bottom of the 9th with the scored tied at 4 and 1 out, Michael Busch drew a walk and Max Muncy CRUSHED a walk off 2-run HR.

It has to go to the walk off HR and Max Muncy.

Aaron Ochsenbein retired the side in order in the 7th.  Alec Gamboa, Nick Robertson, and Guillermo Zuniga finished the final two innings but allowed a pair of runs.

While Gavin Stone was the story on the mound, Andy Pages was the offensive star.  In the 2nd, Andy Pages got the scoring started with a HR (7), and then 3 consecutive singles by Carson Taylor, Ryan Ward, and Justin Yurchak scored a second run.

Andy Pages hit his 2nd HR of the game and 8th of the season to give the Drillers a 5-0 lead.

Besides his 2 HRs, Pages also had a triple for 11 total bases on the night.

Players of the Game

It has to be both Gavin Stone and Andy Pages

Gavin Stone's unbelievable at this point. He set a new career high in strikeouts, and lowered his ERA with Tulsa to 0.41. He also tossed a career high 92 pitches, and his last heater of the outing was 95 ⛽️

Andy Pages, 7th homer of the season for Tulsa, and there was little doubt pic.twitter.com/OyX1m92YBg

Andy Pages is halfway to a cycle after homering in his first AB, and hitting this triple in his second: pic.twitter.com/M3VCfoUcW0

Andy Pages is having one heck of a ballgame, he just took away an extra base hit pic.twitter.com/mqbPOIry8e

Kendall Williams started out so well.  He made a mistake in the 1st allowing a 2 out HR.  He breezed through the 4th with only 1 baserunner due to an error.  In the 5th, he gave up a leadoff single.  He got the next two outs, but allowed a second single.  He was one out away from getting out of the inning, and he got the ground ball.  However it was booted by Jorbit Vivas to load the bases.  Williams was relieved by Braydon Fisher who yielded a bases clearing triple.  All runs were charged to Williams.  It meant little that they were unearned.

Kevin Malisheski finished the final 0.2 innings of the slugfest.

In the 3rd, Ryan January hit his 4th HR to put the Loons on the board.  In the 6th, José Ramos and Alex De Jesús walked.  Jonny DeLuca singled to load the bases.  Imanol Vargas hit a sac fly for the 2nd run of the game for the Loons.

Ryan January hit his 4th homer for Great Lakes, he turned around 97 and hitting a missile 🚀 pic.twitter.com/LelHydxn3E

In the 8th, Jorbit Vivas singled and moved to 2nd on a WP.  After 2 Ks, Alex De Jesús singled to score Vivas.  Jonny DeLuca and Imanol Vargas singled to load the bases.  Ryan January hit a 2-run single.

In the 9th, Max Hewitt walked, and with 2 outs again, José Ramos singled.  Alex De Jesús doubled to score both Hewitt and Ramos.  De Jesús scored on a Jonny DeLuca single.  That was as close as they got.  They were never really in this one.

Jonny DeLuca had 3 hits while Alex De Jesús and Ryan January had a pair of hits. 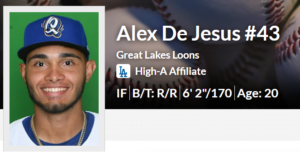 Ronan Kopp started and pitched 2.0 innings.  While ahead 6-0, Kopp gave up a solo HR in the 2nd.  In the third, Jhan Zambrano walked three batters sandwiching a double to allow one run and left the game with the bases loaded.  Adolfo Ramirez relieved Zambrano and allowed a sac fly to score the 2nd run.  The A’s Max Muncy then stole home for the 3rd run of the inning.

In the 8th, Roque Gutierrez allowed a walk, double, and single for 1 run.  Roque was relieved by Osvanni Gutierrez with runners on 2nd and 3rd with 1 out.  Osvanni gave up a sac fly for the Ports final run.

In the 1st, Jake Vogel doubled and came home on a Damon Keith 2-run HR (6). In the second Kenneth Betancourt walked and scored on an Austin Gauthier double.  Jake Vogel and Yeiner Fernandez were HBP to load the bases.  Gauthier scored on a passed ball.  Damon Keith walked to load the bases.  Luis Rodriguez doubled to score Vogel and Fernandez for a 6-0 lead.

In the 5th, Austin Gauthier doubled and scored on a Jake Vogel single.  Vogel moved to 3rd on a WP and ground out.  Damon Keith followed that with an inside the park HR (7), and a 9-4 lead.

In the 8th, Julio Carrion and Yunior Garcia singled putting runners on 1st and 3rd.  Carrion scored on a WP and Garcia moved to second on a throwing error.  Garcia scored the Quakes 11th and final run on a Kenneth Betancourt single.

Damon Keith and his 2 HRs get the nod. 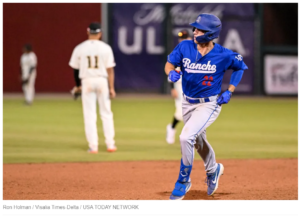 The ACL Dodgers dropped another to the ACL Rangers; this one 4-2.

Dellin Betances was the opener and was scored on in his one inning. He allowed a single, stolen base, and single for the run.

Another tall 19 year old RHP from the DR followed Pinales. 6’ 5”/203 pound Jorge Gonzales entered in the fifth and got two quick outs. But it was the single, BB, and HR that followed that the young RHP will hopefully forget in his next outing.

Jesus Galiz and Thayron Liranzo switched it up last night with Galiz going behind the dish and Liranzo the DH. Galiz went 3-5 with a double, HR (1), and single. Liranzo continued his doubles spree with another.  Liranzo is now 3-9, and all three hits are doubles.

Frank Rodriguez and Harold Restituyo also had a pair of singles.

The ACL is dark on Wednesday and the ACL Dodgers will resume on Thursday against the ACL Royals.