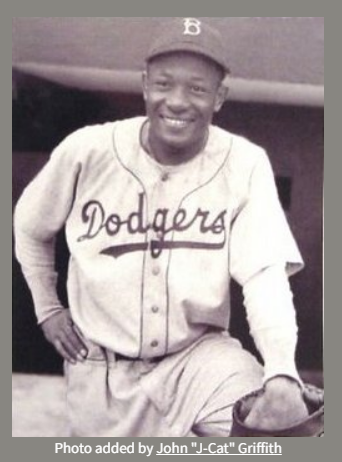 Let’s face it, there has never been another Jackie Robinson and there never will be. However, there was another young man who broke the color barrier in major league baseball as a pitcher.

Some time ago I heard a trivia question to which I knew the answer. The question was: “Who was the first black pitcher in major league baseball?” This has the makings of an Abbott and Costello skit.

I definitely am not a trivia buff but I knew this one. One guess was Satchel Paige while the second was Don Newcombe. Those were great guesses and I expect both participants thought they had the correct answer. Satchel Paige, at age 42, made his first start for the Cleveland Indians on July 9, 1948. He was the oldest player to ever debut in the majors. Don Newcombe’s initial start with the Brooklyn Dodgers was on May 20, 1949. He became the first black pitcher to start a World Series game. It was easy to see why those would be good guesses to the trivia question. However, both are incorrect.

The first black pitcher to pitch in a major league baseball game was Dan Bankhead who debuted with the Dodgers on August 26, 1947, a little over four months after Jackie Robinson’s major league debut  on April 16, 1947.

Daniel Robert Bankhead, a right handed pitcher, was born on May 3, 1920 in Empire, Alabama. He had four brothers who all played baseball. He grew up in Empire with his brothers Sam, Fred, Garnett and Joe. Sam was said to be the best of the five brothers. He played multiple positions, had a Carl Furillo arm, hit .342 in exhibition games against major league baseball players and had a Jackie Robinson craving to win. However, Dan was the only one of the five brothers to play major league baseball.

In 1940 Dan Bankhead signed with the Chicago American Giants before he reached his twentieth birthday. He had an above average curveball, a screwball that we seldom see used in present day pitching repertoires and a fastball that garnered much attention. Satchel Paige stated that: “Dan Bankhead, youngest member of the Bankhead baseball brothers, throws a faster ball than Cleveland’s speedy Bobby Feller.” Young Bankhead’s main problem, not uncommon with young pitchers throwing heat, was control. Following the family tradition, he was a versatile player and was one of the best hitting pitchers in the Negro Leagues.

Bankhead was traded to the Birmingham Black Barons in 1941. He went 6-1 in 1941 with a 0.96 ERA and was named to that year’s East-West game. As a twenty-one year old, he garnered more votes than all pitchers except Satchel Paige, Hilton Smith and “Preacher” Henry. In doing so, Bankhead was keeping lofty company. In that game, he pitched two scoreless innings allowing one hit and one walk for the West. Some thought he was the next Satchel Paige. A confident young man aware of his ability, he did not have a self esteem problem. He negotiated hard and quite often was the highest paid player on the teams for which he played.

Bankhead continued his impressive start in 1942 opening the season with three consecutive wins, running his short career record to 11-2. Like many, his career was put on hold by World War II. He served his country as a Marine in an all black unit from 1942-45.

During that time he was able to keep sharp by playing on his unit’s baseball team. In the fall of 1943 Dan was the starting pitcher for the Montford Point-MCB baseball team, comprised of the first blacks to enlist in the Marine Corps.

Following the war Bankhead returned to his first love – baseball – having given four seasons to his country. In 1946, he returned with the Memphis Red Sox as their highest paid player. He had a successful return going 7-3 with a 3.14 RA, third behind Satchel Paige and Gentry Jessup. During the winter of 1946-1947, Bankhead played for Cagnus in the Puerto Rican Winter League, striking out 179 with a record of 12-8. He appeared in both the 1946 and 1947 East-West games. His appearance in the 1947 game caught the attention of Branch Rickey and led to a contract with the Dodgers. Perhaps he had another Dodger first, as in 1947 he had an agent negotiate his contract for him.

Unlike Jackie Robinson, Dan Bankhead came directly to the Dodgers without any preparation in the Dodger minor league system. In August he made his big league debut to become the answer to the trivia question. That is, he became the first black pitcher in the major leagues. Unfortunately, his inaugural season was not a huge success, certainly not what the Dodgers were expecting. He allowed 8 runs and 23 base runners in 10 innings over four games.

In 1949, Bankhead went 20-6 with a 3.76 ERA for the Montreal Royals. He was second in the International League in wins, two behind Al Widmar, and led in starts (34) and strikeouts (176). He hit .323/.353/.449 and took turns in the outfield, at first base and as a pinch-hitter. However his control continued to be an issue and his 170 walks matched his strikeout total and lead the International League.

Bankhead returned to the Dodgers in 1950 with better results. He won nine games but had a higher than expected ERA. Off to a slow start in 1951, losing his only decision, he was sent down to Montreal. Dan Bankhead was not to return to Major League Baseball. His nine wins in 1950 were to be his only wins at the Major League Baseball level. He continued to play baseball for a living until 1966, playing mostly in the Mexican League as a pitcher and more so as a position player. Bankhead suffered from a sore arm, possibly a rotator cuff injury. He was a good hitter and tried to extend his career as an everyday outfielder. He did have moderate success. Bankhead pitched and played outfield in the Minors and in Mexico until 1966 when he was 46. He had a lifetime winning percentage in the minors of more than .700, while batting .255 with 11 homers.

Dan Bankhead was the first black pitcher in Major League Baseball history. He also is the answer to another trivia question: “Who was the first black player to hit a home run in his first AB in Major League baseball?” The answer –Dan Bankhead – who hit a home run off Fritz Ostermueller of the Pittsburgh Pirates on his first swing in the big leagues.

James Outman was named Dodgers MiLB Player of the Week.

For the 2nd time in 4 games James Outman has hit for the cycle for the Oklahoma City Dodgers. Coincidence I have been shooting photos at both games? 😉Been fun to watch. @okc_dodgers @james_outman @dodgers @azfreedman @baseballamerica #baseball #okc #dodgers #milb #cycle pic.twitter.com/RfuXFeayn5

This is not a rerun!

No. 13 @Dodgers prospect James Outman completes the feat for the second time in four games for the @okc_dodgers: pic.twitter.com/t4dN1iKiL9

Another game the Dodgers could have folded, and yet did not. Andrew Heaney back to giving up HRs; 6 in the last three games. The two guys called up to help a bullpen that was without 4 pitchers pitched well. Heath Hembree got the win, and Jake Reed got the save. His first MLB save. Alex Vesia and Evan Phillips were outstanding as well.

Great story H. May I add this:

Sometime in the mid-1940s (the exact date remains under investigation), Bankhead got married to Linda Marquette, who had gone to school in Kansas City and also attended the Chicago Conservatory of Music. According to Dan’s son William, they met while she was performing as a jazz singer. The couple had a daughter named Waillulliah, or Lulu for short. The young girl’s name was patterned after famous actress Tallulah Bankhead — a member of a prominent Alabama family. Tallulah may have been linked to the black Bankheads, since her great-grandfather owned slaves in Lamar County, about 80 miles west of Empire.

Never thought about Gallo staying. Is he in a platoon at 6mm really a better value than Outman?

Not sure. Defense may be close to even. Gallo is OPSn .818 with us. If that continues, I think two things will happen; he will get offers and Friedman will want him back. Gallo needs to connect a tad more often and chase a tad less often. Pitchers are careful with him, trying to carve the edges. Have an eye Joey. It would appear Outman is ready if Gallo doesn’t return. It looks all good to me.

Thanks for the Dan Bankhead info.

Welcome. I thought it was interesting.

Off topic, did you see the 60 Minute segment on the black family that, unbeknownst to them at the time, bought the plantation property at which their great, great grandparents were enslaved? What a story.

Did not see it. I am usually reading or researching at night. Do you remember the name of the family? I would not mind reading about it. It does have the premise of a great story. I always prefer reading to TV or movies. So much gets left out in TV and movies.

I watched it. Very empowering.

I believe the family name was Miller, not exactly an uncommon name. Story was really great, as Badger mentioned. I’m sure you can google the name on the 60 minutes website. You should be able to see the segment somewhere online. It played (actually repeated) this past Sunday.

Gallo sucks. And Belli and Taylor have been stinking it up. Trayce needs to play more. Bring up Outman and see what we’ve got.

Why do you say OD? Just because his average has dropped 70 points in the last week?

i still want to see how he finishes.

Would you be willing to see how he finishes if we let him do it in some other team’s uniform?

Although I highly doubt that AF would consider getting rid of Belli this winter, giving Outman a month to show what he has at the MLB level, might provide that decision with a little more clarity. As I said, I’d be shocked to see them trade or non-tender Cody, but it would save them about 20 mil to use elsewhere.

I’m ok with Outman taking some of Bellinger’s at bats, but I believe it will be Vargas that will get the lion’s share of looks. Maybe they’ll find a way to get them both involved.

James Outman Does It Again
Player of the Week – Ismael Alcantara
wpDiscuz
17
0
Would love your thoughts, please comment.x
()
x
| Reply