Trayce To The Rescue 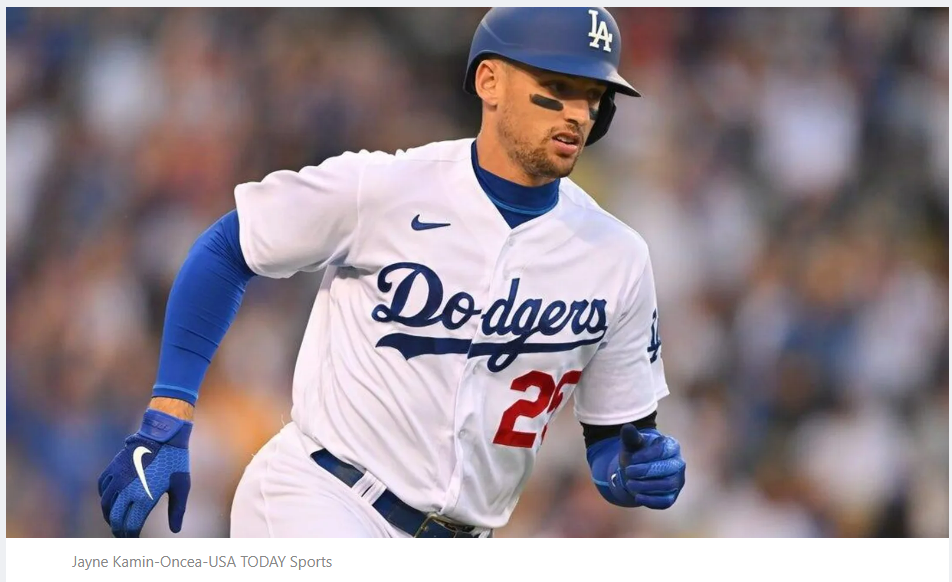 In a fantastic pitching duel, Tyler Anderson and Jesús Luzardo went toe to toe for 6.0 scoreless innings before both surrendered one run in the 7th.  Anderson gave up a leadoff 2 strike double to Jacob Stallings, and then a 2-out 0-2 pitch double by rookie Jerar Encarnacion to score the first run in the game.

In the bottom of the 7th, JT punched a leadoff single into CF.  After Luzardo struck out  CT3, Don Mattingly brought in LHRP Steven Okert to face Hanser Alberto, who he proceeded to strike out.  That brought up Trayce Thompson who lined a double into LF that scored JT, and Thompson got to third on the throw.  Gavin Lux could not get Thompson home.

Chris Martin relieved TA and continues to prove many of us fans wrong when it comes to AF trading for relievers.  This was Martin’s 8th game as a LAD.  In those 8 games he has allowed 4 hits and 0 walks with 10 Ks.  It is the 0 walks and 10 Ks that AF saw and now he is doing it as a Dodger.  He has been a very good weapon for Doc in high leverage situations.

In the bottom of the 8th with Dylan Floro now on the bump, Mookie led off with a triple thanks to a bad route run by Brian Anderson.  Mookie on third with nobody out, and Trea Turner, Freddie, and Will Smith coming up and you have to like the Dodgers chances.  Turner grounds out to 3B and Mookie could not score.  Floro walks Freddie to set up a DP.  Then came a very fortuitous and strange baseball play.  Will Smith hit a ball to the left of the 3B who slid/dived to catch a ground ball and immediately got up to throw to the plate, but Stallings was running down the line to back up for an errant throw to 1B on a potential DP.  Instead there was no play as Stallings was not at home and the chance for a DP was lost.  Mookie scores and the Dodgers were up 2-1.

Perhaps we will find out what exactly happened with Jon Berti (3B), but the baseball book dictates that with runners on 1st and 3rd, and a ball hit to the left of the 3B, he tries for the DP not the play at the plate.  Total miscommunication, but one the Dodgers will take.  After all the purpose of walking Freeman was to set this play up.  As Jerry Hairston showed after the game, everyone was on the DP page except Berti.

Evan Phillips came in to close out and save the game.  As Doc explained after the game, this had nothing to do with not trusting Craig Kimbrel, but he had thrown 3 of the last 5 games and wanted to keep Kimbrel down another night.  First batter faced, Nick Fortes, slugged a 96.7 MPH 4-seamer into CF.  Trayce Thompson was initially turned around, but found the ball and made a great catch at the wall for the first out.

Phillips got the final two outs, and got his 2nd save.

This was a fun baseball gave. The Dodgers found yet another way to win a baseball game.  The Padres lost again to Washington with Josh Hader giving up 3 in the 9th for the loss, and the Giants lost to Colorado.  The Mets now have the 2nd best record in MLB and they are 6 games behind LAD.

On Saturday, Dustin May returns home and to the mound for the first time in 476 days. He will be facing off against 25 year old LHSP Braxton Garrett.  May’s last game was on May 1, 2021, when he threw 1.2 innings against Milwaukee before exiting with the torn UCL.

Hopefully, Dustin brings his new change with his 100 MPH fastball and can battle through the inevitable jitters and join the  prospective playoff rotation.

I’m enjoying Trayce Thompson and I even like seeing him get the start in centerfield over Cody Bellinger. I wonder if he should get some more looks here and an opportunity to earn the job going forward. It’s tough to say because my family roots so hard for Bellinger. I think his MVP season was when my kids first started paying attention to baseball games, so they all know him and root for him more than any other position player (they really like Kershaw too). I don’t get to see many games, but Trayce just seems like the more consistently productive player during the times I have followed.

Regarding Bellinger, I also can’t help but think that AF has demonstrated just how easy it is to pick up an outfielder that can play defense and hit at least .200 with some pop (Gallo). What does this mean for Bellinger and the Dodgers long term?

And then there’s Chris Taylor, a former all star that needs reps to get back into form and also a player with some big post season performances…

While I am still rooting for Belli to round into form just in time for the playoffs and I can still imagine him getting meaningful hits to help the Dodgers advance to the World Series, there is part of me that wonders if his time as a starter for the Dodgers is coming to a gradual end. I’ll be rooting for him either way.

He is liked by his teammates and has not thrown bats or destroyed water coolers. But it seems like he is not willing to move on from the first half of his MVP year mentally so he keeps underperforming.

He may be a doubles hitter with occasional long balls. Twenty homeruns would be great, even 15 if he consistently made contact like Tommy Davis did. My hope for him is is that he reminds us of Tommy Davis while Ferguson reminds of us of Steve Howe minus the drugs.

I am ready to move away from the current version of Cody.

I love Cody Bellinger. But the time has come to play Trayce Thompson everyday. In my mind, he gives them the best chance to win.

Dodgers can save about $17M next year if they want. Or, pay his final year of arbitration and add some cash and trade him.

Or, Trace gets more time in LF this year while the Dodgers let Cody prove he can do better.

I think that you are going to see an entirely different Bellinger next season. His shoulder will be at full strength, the shift will be gone, and he will have an entire winter to retool that swing. Which we all know he needs to do to be better. Taylor on the other hand, needs a totally new approach.

Singing the Blue
Reply to  Oldbear48

I would say that Cody also needs a totally new approach, although I think he’s quite capable of doing that if he wants to.

Oldbear48
Reply to  Singing the Blue

I believe he has had a lot to deal with. Coming off of such a bad season. I think this winter is pivotable for him. He either finds it, or he won’t. In any case, LA is not going to just let him walk.

So far I don’t think he wants to. He is in love with the first half of his MVP year. He reminds me of Greg Brock who was a doubles hitter masquerading as a home run hitter.

Taylor is a mess.

Kaylor or CK3 seems like a hopefully temporary nickname.

Max seems to have found a mid-season adjustment so one would think Cody would have as well by now.

Trayce made the catch, but he almost missed it by turning the wrong way. It is likely that Bellinger would have made it easier. Trayce needs more time working in CF before his defense comes close to Bellinger’s.

Reyes Moronta has been DFA’d to make room for Dustin May. Moronta does not have any options remaining after this year. I thought Jake Reed would be the first to go. Blake Treinen and Victor Gonzalez will be the next to be added to the 40 man from 60 day IL. I think these will be the last two that need to added, requiring two more DFA (Reed and Eddy Alvarez???).

Dustin May has pretty good movement

No, he has exceptional movement.